People Liza and Enrique had to interview for their comeback flick 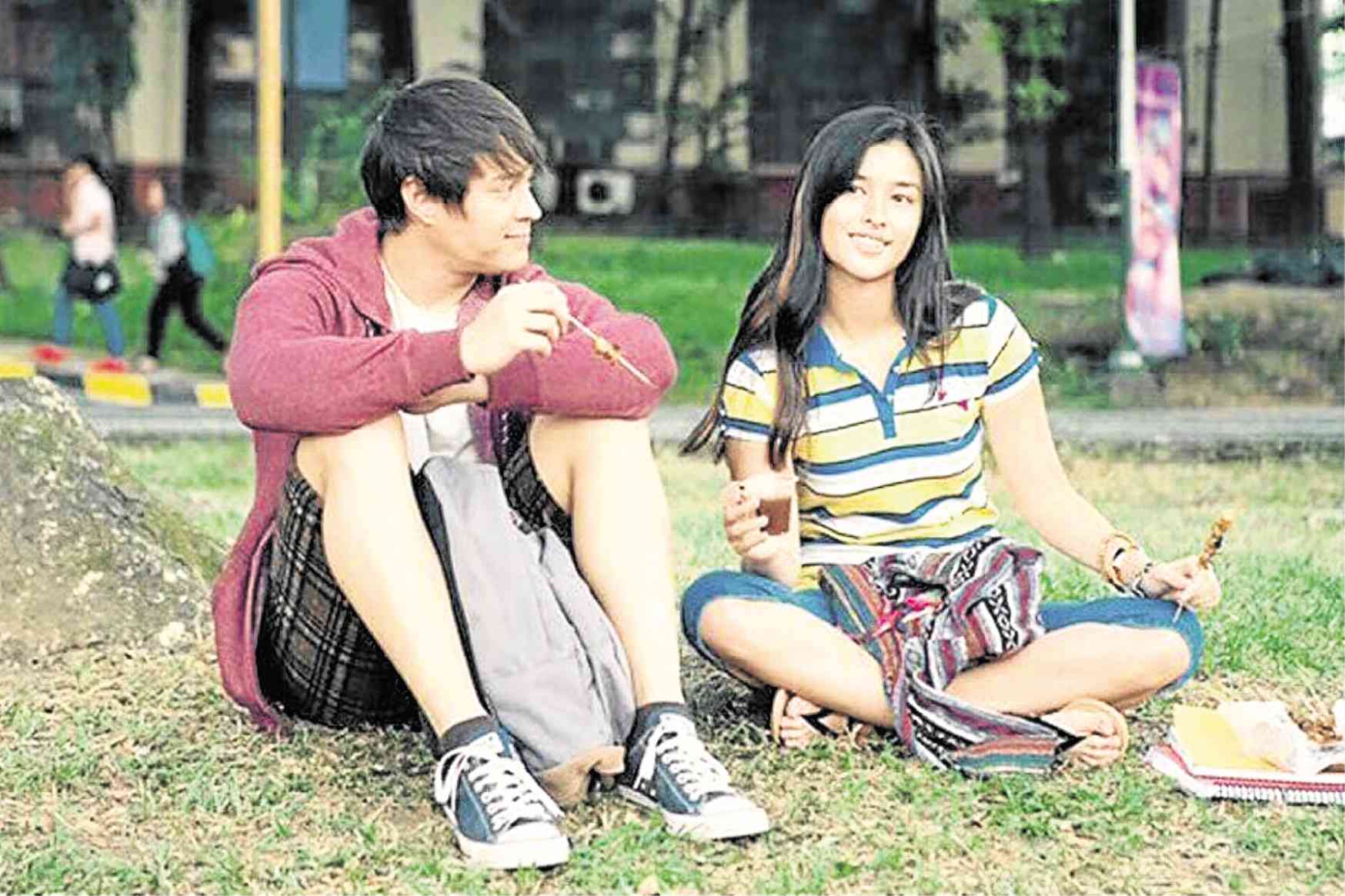 I love being in disguise whenever I go to the mall,” admitted Liza Soberano who, like other famous celebrities, has to go incognito in public places in order to avoid overzealous fans.

“I love it that nobody knows who I am and I can be someone else,” she confessed to reporters during the press conference for her latest movie project with Enrique Gil—the romantic drama “Alone/Together,” which will hit cinemas on Feb. 13.

As part of Liza’s immersion for the project megged by Antoinette Jadaone, the actress interviewed four students and a teacher on how it was like to take up arts studies at the University of the Philippines.

“I was able to go around UP riding the Ikot jeep, then ate at Area 2,” she recalled. “It was fun. I felt like I was a normal person. When I go out as myself, I don’t get that kind of experience—to be treated like how it used to be before I started doing TV and movies.”

For his part, Enrique interviewed medical practitioners who are members of the Doctors to the Barrios program.

“The interview blew my mind. What I expected was far from what I’ve discovered. First of all, it’s not true that they ride carabaos when they need to go to different places. It’s not that bad, although they do need to ride a boat going to the hospital, which is two hours away from their jump-off point,” he explained. “It’s very difficult, although they said they’re paid well. They stay with the community for two to three years.”

Enrique added: “Their work is not just about healing people. They also have to help fix the entire community, which, more often than not, doesn’t even have clean water.”

“Alone/Together” tells the story of Christine Lazaro, an aspiring museum director, who meets the carefree Rafael Toledo, a premed student during their college years. While in a relationship, Raf becomes Christine’s cheerleader, while the latter serves as the compass that gives the former’s life direction. When it’s time for them to graduate and leave school, they eventually decide to pursue different paths.

The two unexpectedly meet again years later. They realize that a lot has changed between them but still opt to reconnect like old friends. Conflict arises when old feelings resurface, and Christine and Rafael find themselves falling in love with each other again.

Liza, who joined show biz at age 14, said working on the film has, in a way, made her feel that she had missed out on the whole college-life experience.

“My best friends only graduated recently. Whenever we’re hanging out and they start talking about school, I sometimes feel that I’m not able to relate. While I feel regret, I also feel lucky that I got to work in this business.”

She added: “I would sometimes think, ‘What if I got to study in college with them, experienced all the hardships they’ve gone through, and also the satisfaction of actually graduating?’ I’m amazed by all the students, no matter what school they are studying in. I know that it’s hard, especially with all the emotions that they have to keep within when they’re in school, knowing that they have personal problems, too. It’s amazing how they are able to surpass those problems and eventually graduate.” 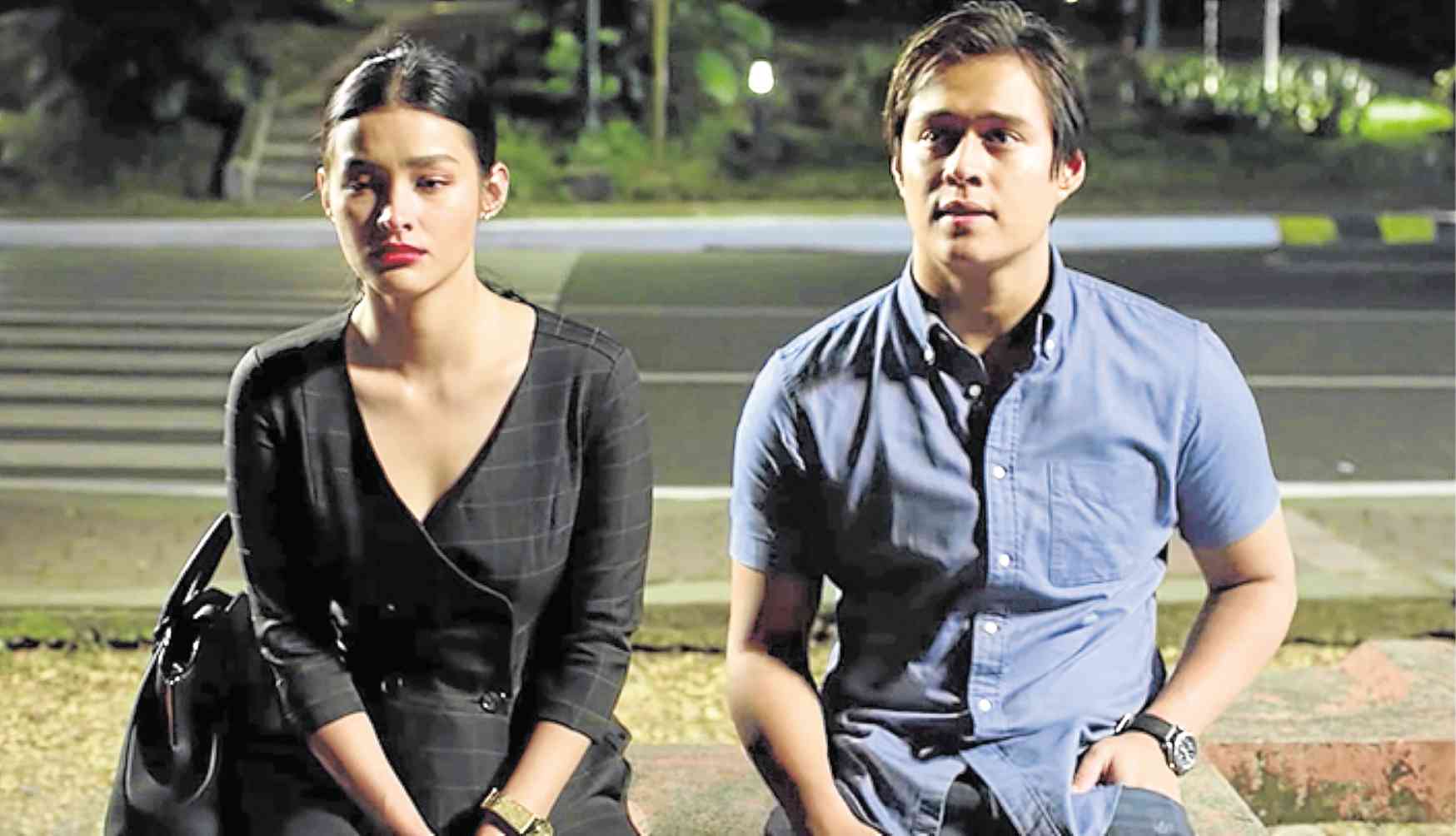 When he was just starting in the biz, Enrique confessed that he would sometimes question his situation. “I’d ask, ‘Why is kuya still in school? Why are my batchmates still studying while I already need to work? Why is my world already so different from theirs?’ You see, I became the family breadwinner when my dad died.”

Liza, who is currently taking up BS Psychology, said it has always been her dream to graduate. “My grandfather, Daddy Jeff, made me promise to him that even though I’m already an actress, I’d still finish school. That’s the best gift you can give to your parents—a diploma.”

Enrique, on the other hand, took up a business course last year “but for some reason, I didn’t have the drive, so I stopped. What I really want is to take up marine biology. It’s still at the back of my mind, though. I hope to find time to do it in the future.”

When asked whether she thought it’s OK to still meet up with an ex-lover even though a person is already in a relationship with someone else, Liza replied: “I can’t say that there’s no problem with that, but it depends on the situation. I’m not saying that it’s OK to go behind your partner’s back, but if you’re not doing anything wrong with your ex, then why not? I don’t think it’s a sin to be friends with your ex.”

Enrique explained further: “If you realize that your ex is your greatest love, what would you do? Your ‘great’ love might not be the ‘right’ one, but she’s the greatest. If you regretted letting go of her before, will you let this new opportunity (to be with her) pass again?”