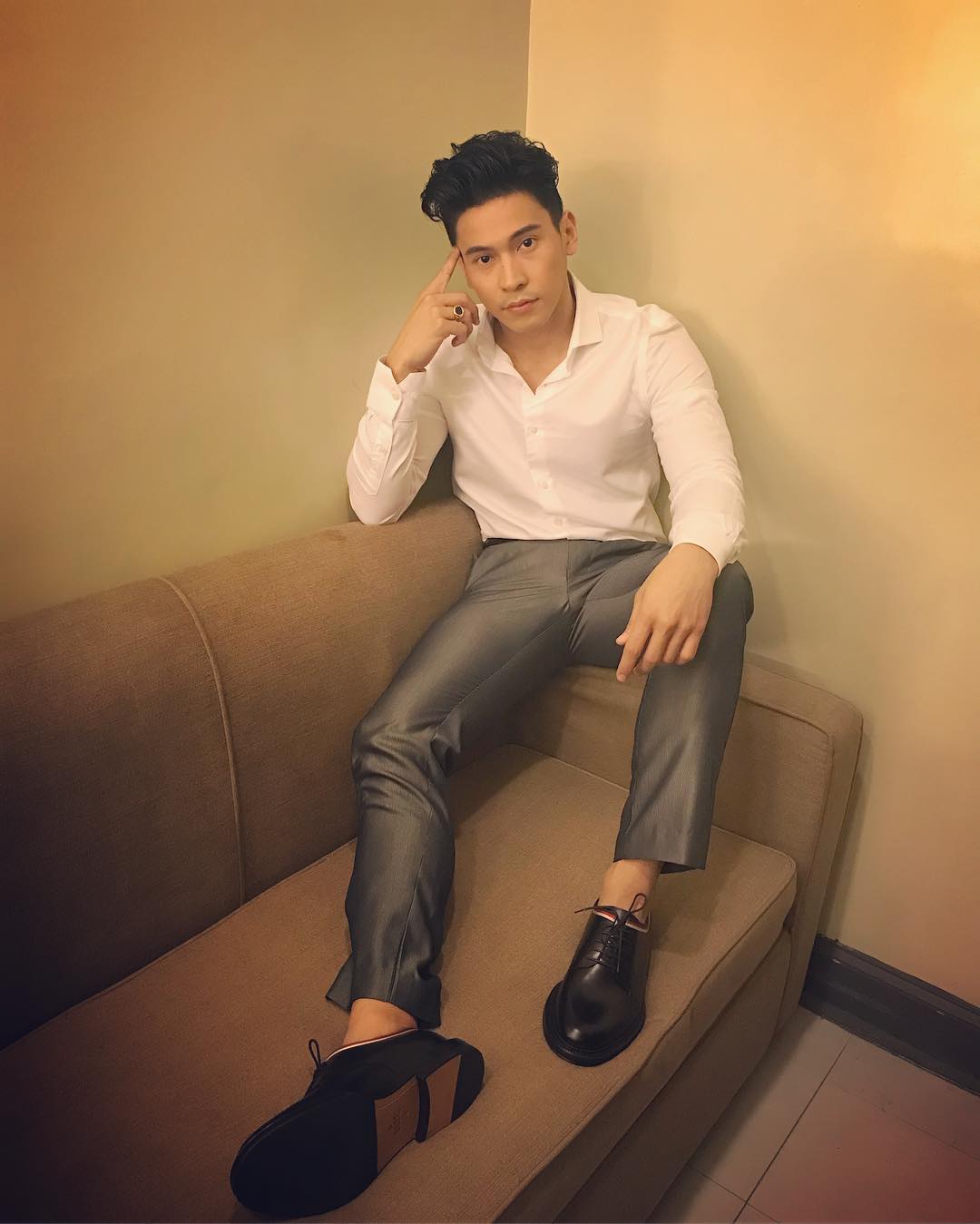 Enchong Dee believes that the locally made movies still have potential, and challenged one netizen to watch one.

The Kapamilya actor, who currently stars in the movie “Elise” with Janine Gutierrez, first made an appeal to his followers to save the movie from being pulled out of cinemas. The appeal was made in his Instagram post Friday.

“Kakapit ako at maniniwala ako sa Pelikulang gawa ng Pilipino (I will hold on and still believe in the movies made by Filipinos),” he declared. “[At] sa mga may ari ng sinehan, kaakibat namin kayo sa pagpapatibay sa mga Pelikulang Pilipino (And to those cinema owners, we are your partners in strengthening Filipino films.)”

While some of his followers praised him for believing his truth about local films, one netizen going by @josephberlinsymoens argued otherwise. Aside from saying that movie tickets for such films are now priced higher than before, he stated, “[Sa] totoo [lang] wala naman na bago sa gawa ng [Pinoy] (The truth is there is nothing new about Filipino films).”

(The films have recycled plots and you already know how the stories go. These should also be priced lower than foreign films.)

Not liking what the netizen said, Dee hit back: “[So] ibig sabihin susuko na tayo kasi ang gawa ng banyaga eh mas maganda kesa satin (So does it mean we’ll just give up because those made by foreigners are better than ours)?”

Meanwhile, another netizen going by @sbuckscardusa, echoed the former netizen’s opinion. S/he also challenged Dee to not give a “generic answer” on why people should watch his film. 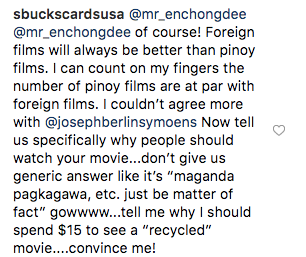 Previously, filmmaker Erik Matti expressed his concern that the local industry was in a “dire situation” due to low box-office sales. “We are on life support and we need resuscitation. No more pointing fingers. I think we’re beyond that at this point. This is a plea for help,”  Matti said in his Facebook post on Thursday.  /ra