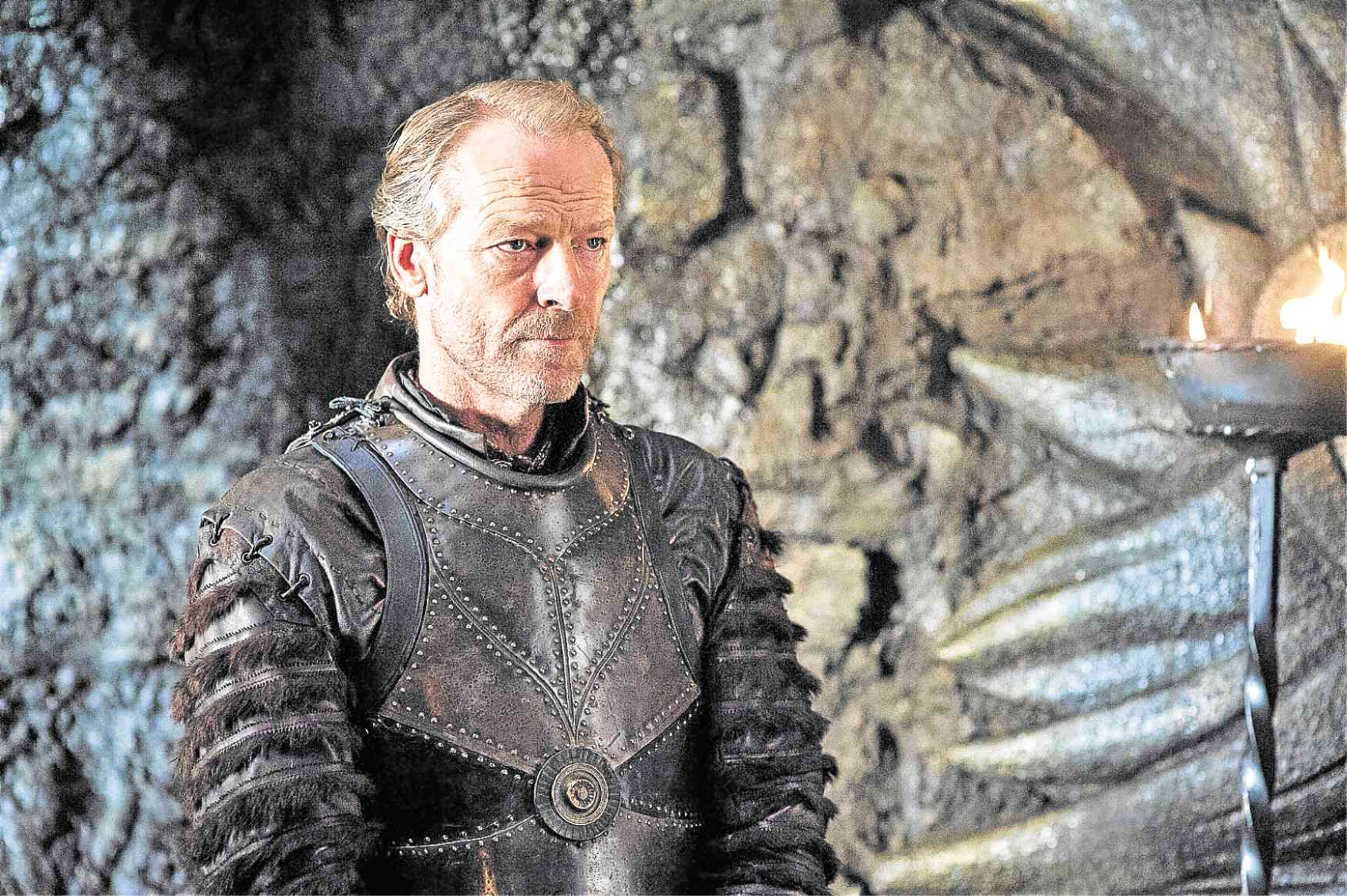 LOS ANGELES—“We took a long time shooting them. There are six feature-length episodes,” Iain Glen said about the final season episodes of “Game of Thrones,” where he plays Ser Jorah Mormont.

“I think they will be exceptional and will blow people’s minds. That’s my hunch,” added the Scotland native in our recent interview in Los Angeles.

In the HBO fantasy series, Iain’s character is a knight who ends up being the right hand of Emilia Clarke’s Daenerys Targaryen, who could be the next Iron Throne occupant.

“It was extraordinary, really,” continued the actor about making Season 8 after 10 years in the series. “For me and a few, it’s been a decade of our lives since we first did the pilot.  But the way schedules work, you don’t all gather together and do a final scene.

“You have a wrap party after it is finished and you all get together. But we have had so many wrap parties over the years at different places. You are always filming in different countries and each country wants its own wrap party.

“We had our final day on set and yeah, it was  a real mixture of emotions. We made some very good friends with the cast and crew. We were tight and shared this amazing roller-coaster ride, which has given us very great gifts…”

The thespian who began in theater and made waves in various plays, from “Bent,” “The Blue Room” and “Macbeth” to “Martin Guerre,” emphasized that it was a grueling shoot.

“It was a hard season. There was a lot to do. It took a long time to shoot. The storylines, up until that point, had all been so disparate where we were able to use two primary units at the same time, shooting in different places and because the story distilled into the final end games, we’re all  in the mix together.”

The rusty-haired Scotsman, who played Sir Richard Carlisle in “Downton Abbey” before putting on Ser Jorah Mormont’s ring and bracelet, said about his decade on “Game of Thrones”: “The whole experience has been very life-changing for everyone, for the newcomers and for Kit (Harington) and Emilia, it’s been transformative. For the ones who have been there slightly longer, it has changed things in a different way, mainly in terms of a global recognition wherever you go. You have something that is associated with you.

“If you hit the Holy Grail and luck out in being involved in something that has very gifted people generating this extraordinary, exotic complicated universe, and it turns into a massive hit, then you better enjoy it because it doesn’t get much better than that.

“So it’s been a wonderful experience, and it has been transformative. I was very satisfied with the last season. The writers realized everything in a wonderful way, so everyone was given wonderful journeys.”

Iain was able to take home some of his costume accessories like rings and bracelets after filming his finale scene.

“I just took a few trinkets and things that I used to wear as Ser Jorah—rings and stuff,” he admitted with a grin. “I asked permission (laughs). They said yes.  But they are pretty precious about most of these things because I am sure there are going to be (exhibits in) big museums and things.”

Iain, whose film credits include playing the villain to Angelina Jolie in “Lara Croft: Tomb Raider,” is optimistic that the final installments will thrill most fans but added a caveat.

“You won’t please everyone all the time. Most seasons have been very well-received. I see no reason why this one shouldn’t be as well-received…

“But as I say, the writers and showrunners are seasoned now and they did it so well over the course of those seasons and had the level of popularity go up and up each season.

The cameras may have stopped filming, but “it’s not over,” Iain stressed. The cast will see each other again for HBO’s media push and events for the final season premiere in April. “It will be a great coming together.” 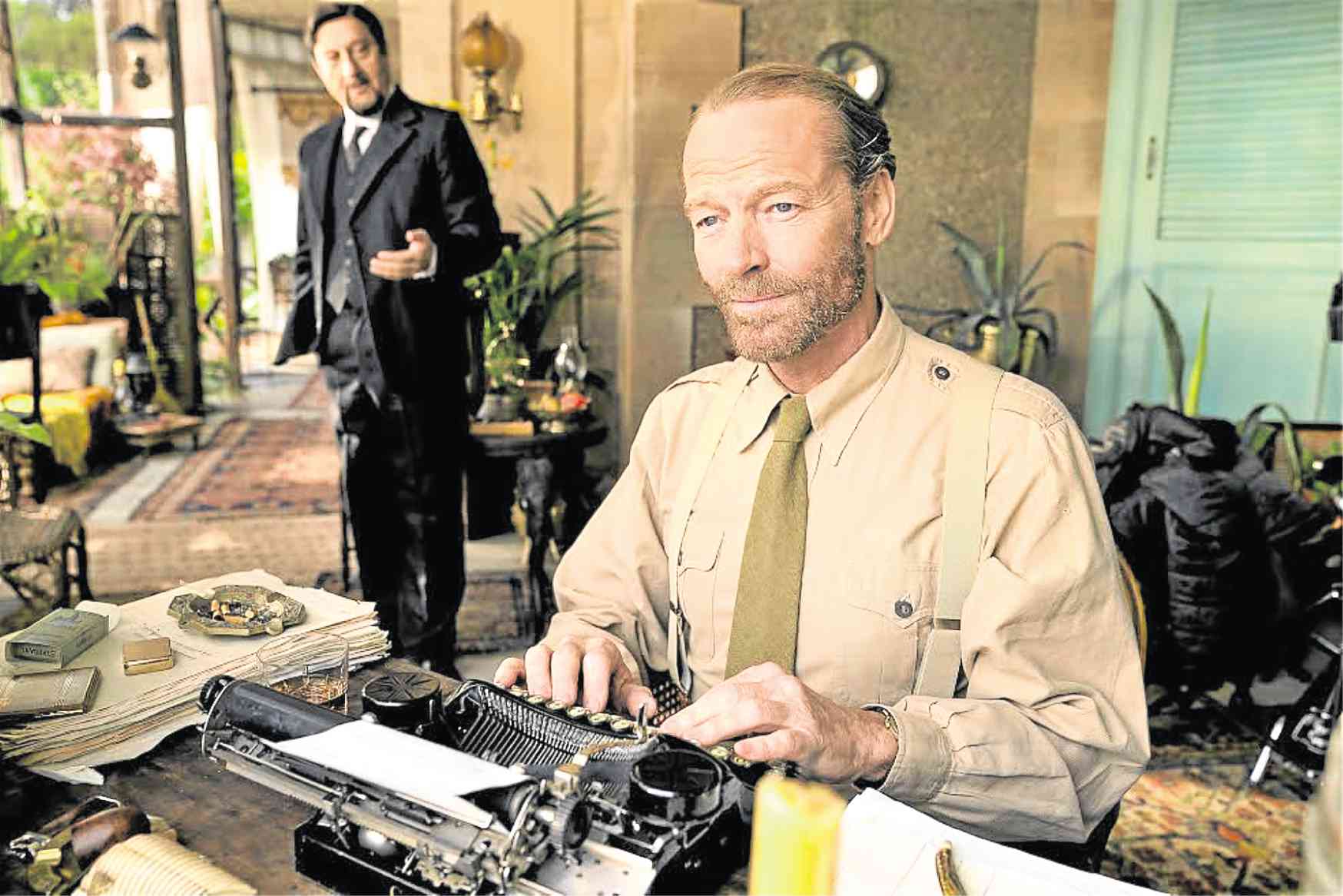 Directed by Richard Laxton, the TV miniseries earned good reviews when it premiered in the United Kingdom.

Ruth plays her grandma who discovers upon her husband’s death that she was not the only “Mrs. Wilson.”

Iain’s Alexander Wilson—a British spy (Ian Fleming reportedly based James Bond on him) and a best-selling novelist—had four wives. And the MI6 agent had children with each of the four “Mrs. Wilsons.”

Iain said that Ruth, who also served as the three-part miniseries’ executive secretary, told him stories about her family’s shocking discovery about their patriarch. 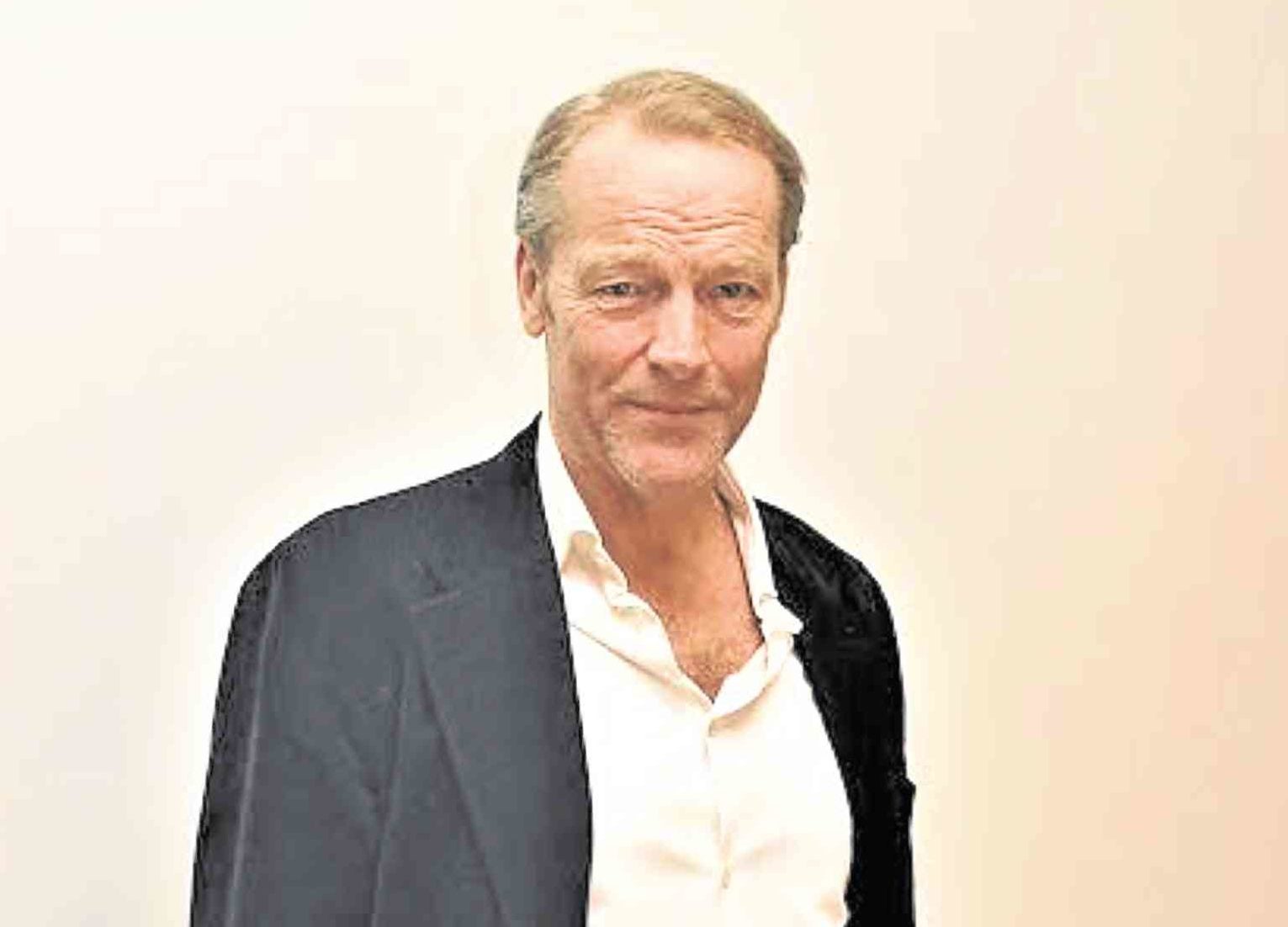 “It’s quite extraordinary, really. Ruth would be much better at speaking about this than I. But basically, she got to know her grandmother when she was a child, and by that stage, she had gone to live the life in a nunnery that we touch on in the film itself.

“Ruth produced this memoir, talking about her grandmother’s life and her discoveries of her late husband. It basically jumps back in time and all the revelations about his various wives—she was one of them—which came after he had died. Obviously, that was a huge shock for her, and it prompted her to write this memoir. It’s a powerful, heartfelt revelation about everything that had happened and what she felt about it.

“She pursued the idea and got Ruth Kenley-Letts and BBC involved in developing it.  Prior to that, Ruth was republishing her grandfather’s books because he was a very successful novelist, but his books had gone out of fashion.”

Asked what Ruth shared about her grandpa, whom he plays, Iain answered, “She said that he was an enigma, really. He was adored by all his children, of which there were many. He was very much loved as a very hands-on father and a great storyteller.

“He was a charismatic man, highly intelligent. He spoke seven languages. He was an operative in the MI6 during the Second World War and post-Second World War.

“He was a very successful novelist at the time. His most successful creation was known as the ‘Wallace of the Secret Service’ and revolved around an agent, who was loosely based on himself, I think.”