Actor-hosts Iya Villania  and Drew Arellano marked their fifth wedding anniversary this week pretty low-key, but that does not mean the kilig is any less.

Arellano was the first to greet his wife of five years via Instagram on Thursday, Jan. 31, with a photo showing the two, candid and carefree.  In the picture, the two can be seen laughing over something from Arellano’s phone, while Villania embraced him from behind.

Villania also did not miss showing appreciation for her husband as she shared a picture of her and Arellano in a tight embrace during what appears to be an intense workout session.

Donita Rose, on the other hand, told the couple she was joyous to see them more in love with each other today.

“Happy anniversary love birds!” she said. “It’s so nice to see you guys even more in love now than before if that’s even possible!” 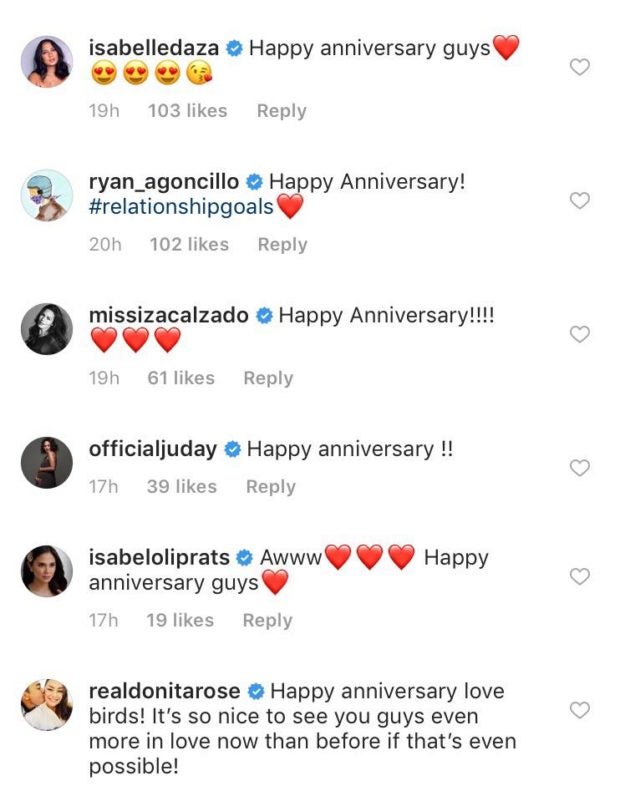 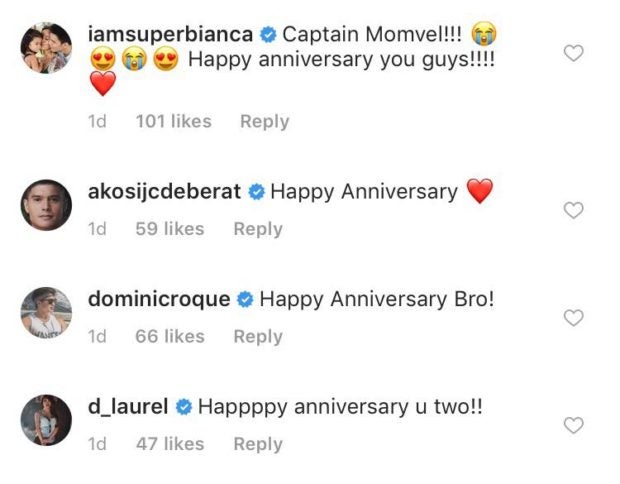 Villania and Arellano tied the knot on Jan. 31, 2014, in Nasugbu, Batangas, after being in a relationship for 10 years. The couple welcomed baby Antonio Primo two years later on Aug. 30, 2016. And again, two years later, Villania gave birth to second son Alonzo Leon on Aug. 19, 2018.