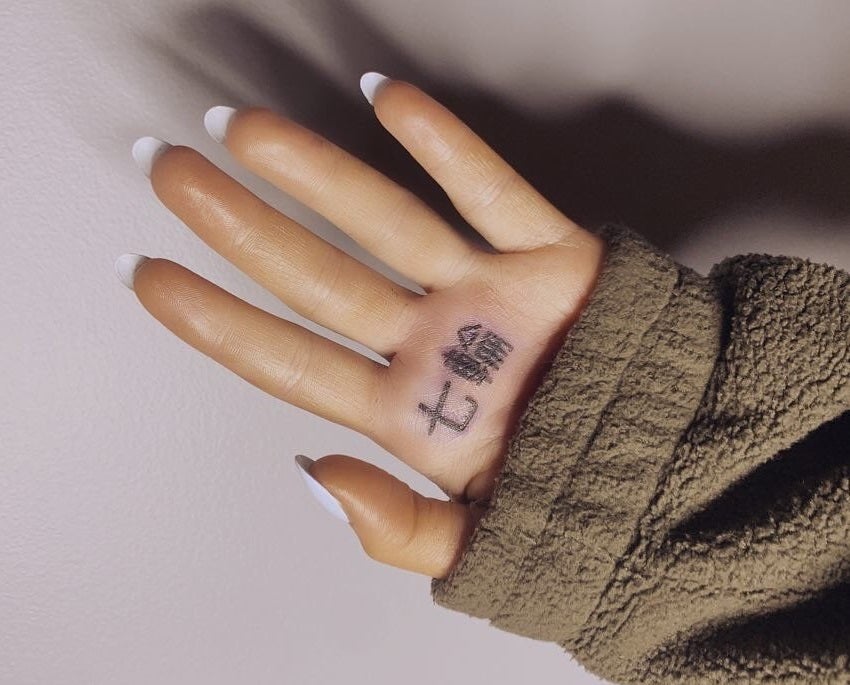 Ariana Grande wanted a tattoo in Japanese saying ‘7 Rings.’ She, however, got one that says ‘shichirin,’ that means ‘small charcoal (barbecue) grill,’ reports say. FROM ARIANA GRANDE SOCIAL MEDIA POST

NEW YORK, United States – Too bad pop star Ariana Grande is vegan — she just tattooed an accidental homage to a Japanese barbeque grill on her palm.

The American singer’s attempt to ink an ode to her hit single “7 Rings” backfired Wednesday, after social media quickly chimed in to tell her the characters actually translated to “shichirin” — a small charcoal grill.

Grande, 25, had posted a now-deleted photo of the new body art on Instagram before her fans pointed out the spelling error.

In widely shared screenshots of now-deleted tweets, Grande acknowledged she had forgotten a symbol but noted that the design won’t last, as skin on the palm regrows faster than that on the rest of the body and tattoos there usually fade.

“If I miss it enough, I’ll suffer thru the whole thing next time,” she said, later writing “Pls leave me and my tambourine grill alone. thank u.”

Her apparent nonchalance didn’t stop Twitter from skewering her with memes and mockery.

Some were ironically sympathetic: “Met with all the Asians, and our official ruling is that the Ariana Grande tattoo is good,” wrote Twitter user Kevin Nguyen.

The sexy-but-saccharine video for the hit “7 Rings,” which lauds star power and materialism, boasts more than 100 million views on YouTube and debuted at the top of the Billboard Hot 100 chart.

That success follows Grande’s record-smashing break-up anthem “Thank U, Next,” which also debuted at the chart’s pinnacle.

Her album, also titled “Thank U, Next” is set for release on February 8, just in time for Valentine’s Day. /cbb