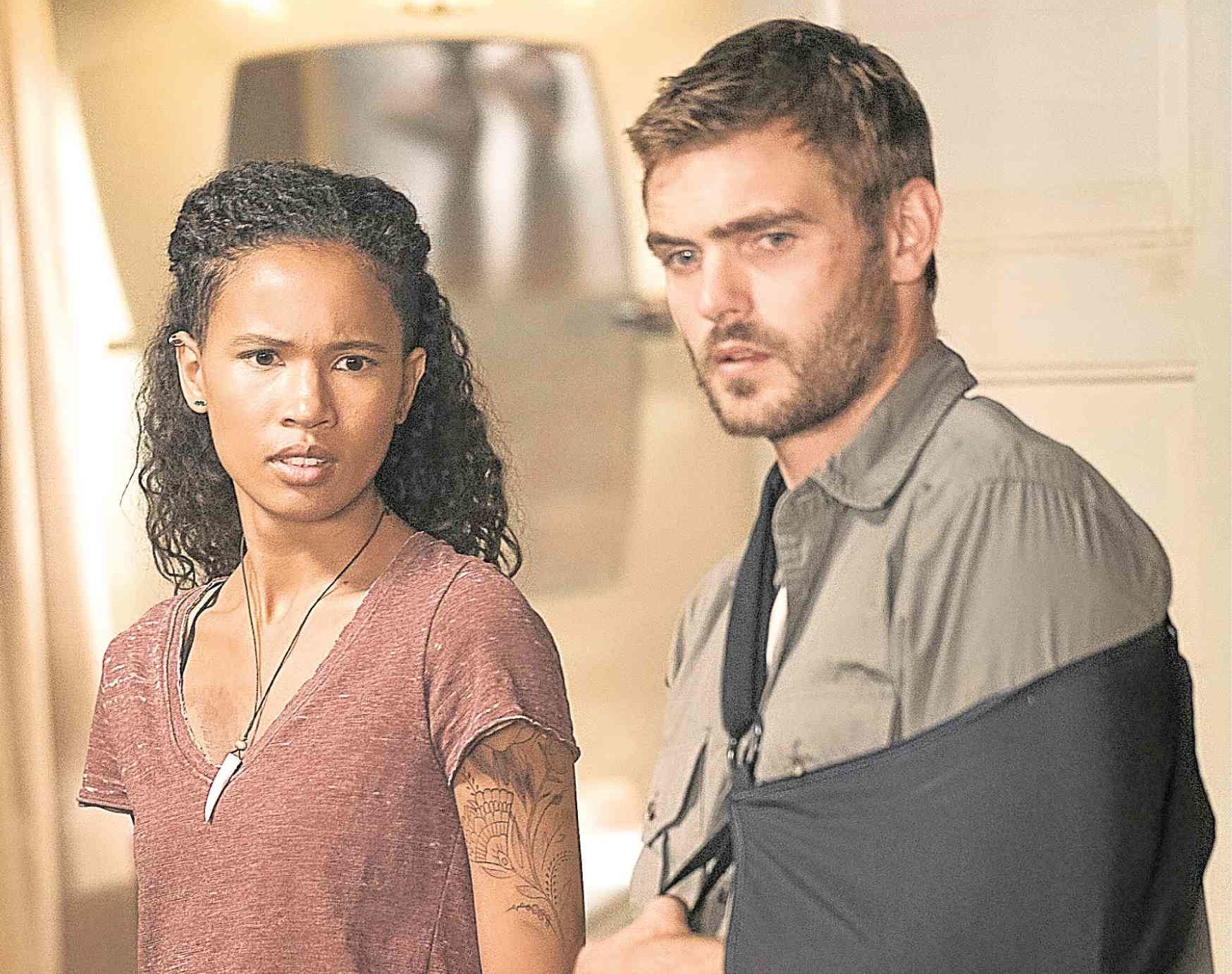 Mermaids have always been part of Filipino folklore. But, these enchanting “bantay-tubig” fairies with the upper body of a human and the tail of a fish are as popular in Hollywood (“Splash,” “The Little Mermaid,” “Aquamarine”) as they are in the Philippines.

There’s a different kind of mermaid at the center of the cautionary TV series “Siren,” whose 16-episode second season will be launched at 7:55 p.m. today on Blue Ant Entertainment (channel 53 on SkyCable and Destiny). 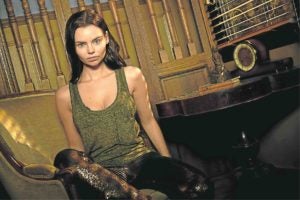 Eline Powell as Ryn in “Siren”

“Siren” takes place in Bristol Cove, a rustic fishing town that celebrates an annual festival called Mermaid Days, owing to the coastal community’s legend of once being home to the fish-tailed creatures.

But Bristol Cove is turned upside down when Ryn (Eline Powell) comes ashore to look for her sister Donna (Sibongile Mlambo), who has been captured by the military. Helping Ryn accomplish her fact-finding rescue mission are Ben (Alex Roe) and his girlfriend, Maddie (Fola Evans-Akingbola).

Season 2 expands the circumstances following the death of Donna, who succumbed to a gunshot wound in the finale of Season 1. This time, the show explores what happens after Ryn decides to leave town, having realized how badly her presence in Bristol Cove has affected Ben’s relationship with Maddie.

“‘Siren’ is trying to make viewers think about anybody who feels like an outsider,” Eline mused. “The best way to go about that is to open your heart and try to understand them, rather than treat them as an enemy or a negative force.

“If you try to understand somebody who isn’t like you, you’ll most likely find you have much more in common. I think that’s what ‘Siren’ is about. There’s no ‘them versus us’—there’s only us. We have to work hard to understand people’s divergent paths.”

The show is anchored on dark and serious themes, but for Eline, who trained for three weeks before Season 1 began shooting, the atmosphere on set is far from “dark and serious.” “Oh, Alex is a real sweetheart. Working with him and Fola has been a wonderful experience,” she explained. “We’re very close. We laugh a lot, so we often tell each other to focus, because we take our work very seriously. We meet up to play Monopoly and other games. You know, we’ve been shooting for nine months here in Vancouver, and I’d say it’s bliss.”

Eline had a lot of fun “creating” Ryn’s character. “The mermaid has so many different versions around the world,” she enthused. “So I decided to let my imagination take charge and created something a little different, so we’ll have another version of a mermaid out there in the world.”

Asked about her favorite scene so far in Season 2, Eline quipped: “I’m excited for the audience to see this fun little underwater scene. But, I must say that I’m very proud of so many of our scenes shot underwater.”

Our Q&A with Eline:

In the Philippines, people are fascinated by stories about mermaids. But “Siren” has turned the concept of mermaids on its head, making them scary, sinister creatures. How did you channel their darkness and ferocity? I look at it classically. It must be quite hard to live in their world, in the deep and cold ocean, where there’s a lot of competition for food. I just think that maybe they need to be tough and live by a certain code in order to stay at the top of the food chain.

I don’t think so much in terms of good or evil, but more about how these guys manage to fully adapt to their environment to survive. They’re the kings and queens of the ocean, therefore, it’s logical for them to be pretty ferocious and fierce at times.

And if you look at different cultures throughout history, mermaids have different histories—some are darker, some are weaker, and some are lovelier—it really depends on where you look.

Our mermaids give you a hint of darkness, but as you go through the season, you’ll see there’s always much more than your first opinion of someone.

What struck you the most about Ryn the first time you read the script? The most fun thing about her is the fact that she is so primal and predatory—but, they’re also the most challenging. Initially, she didn’t speak English, so she had to learn it. I thought, ‘How do I portray someone who isn’t quite human and still make the audience feel empathy for her?’”

So, I looked at different animals and worked with my movement in front of a mirror.

But, what’s always been my favorite thing about Ryn is the fact that she is from another world and, therefore, behaves differently.

She doesn’t express emotions the same way humans do. It’s very physical—and I love it!

Without giving away spoilers, how will Ryn and her relationship with Ben evolve this season? Ryn is trying to build a life on land, so her human side will have to grow considerably.

She has a very close connection to Ben, although at the end of Season 1, she tries to keep her distance from him.

The main thing you’ll see this season is Ryn trying to find the balance between being a mermaid and being human, because she loves both worlds and both sides of her.

In Season 2, many more mermaids will come on land and look up to Ryn to help them. She needs to become a little bit of an alpha leader and be the best mermaid she’s ever been, in a way to gain their trust and respect.

At the same time, she’s exploring her feelings towards Ben. It’s that struggle that will be much explored this time. Moreover, there’s another big threat that Ryn and the others will find very challenging.

If you were a mermaid and could swim to any place in the world, which countries would you like to visit? The Philippines, [because] I’ve heard such beautiful things about it.

I also recently watched something about some islands in Indonesia, where they have the biggest biodiverse coral reefs with so many species of fish. I’d love to go swimming there. Then, I’d probably head down to Belgium, so I could say hi to my family who lives there.

What do you think explains people’s perpetual fascination with mermaids? I think it’s because we’re becoming more and more aware of our oceans, our planet and our impact on it.

There’s the problem with plastics [damaging the seas]. Everyone is becoming a little more interested in this enormous mysterious world within our world, which is the ocean.

It’s always been very important to humans—a place where we get food, a way for us to travel, to find out about different animals and plants we don’t know anything about. Yet, it’s so hard for us to explore and find out more about it.

Mermaids represent this connection, and I think everybody’s craving to find out more about the mysteries of the ocean. In our mind, they represent the freedom to really be part of something otherworldly and magical.

Whether that place is dangerous or beautiful, it doesn’t matter.