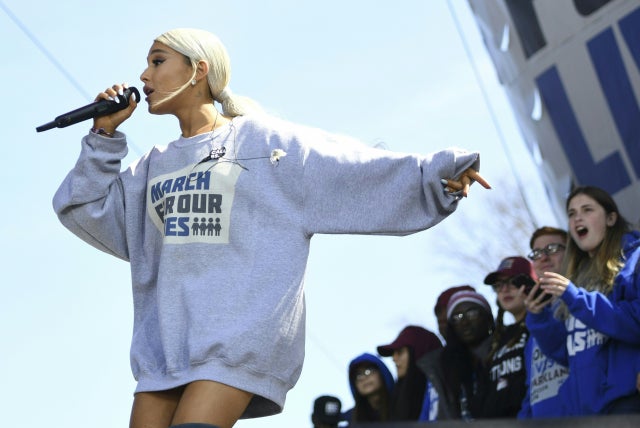 While taking questions from fans on Twitter, Ariana Grande revealed that details of the album will be announced on Friday and suggested that the LP may be out in February — possibly early in the month.

During the Q&A session, Grande revealed in no uncertain terms that she’d reveal the album’s cover art and track listing on Friday, the same day it will go up for pre-order.

Fans then tried to get Grande to share a few details ahead of the Friday reveal. First, Grande confirmed that “7 Rings” is the final single to come before the album drops, suggesting its release may be imminent.

Fans then dug deeper about a possible release date for the LP, and Grande’s responses, while cryptic, helped point to a day in early February. After one fan expressed hope for a February release, another asked if it might be February 8, the fan’s birthday, to which Grande replied “how convenient.”

Hopefully it releases feb so its the best birthday gift

In a final tweet on the matter, Grande wrote “two albums in six months huh. that’s deep. love u. talk sooon.” As her previous album, “Sweetener,” dropped on August 17, this suggests once again that her new offering will be out in the first weeks of February.

Called “Thank U, Next,” the name of the first single from the album, Grande’s next album is believed to feature 12 tracks in all, including the just-released “7 Rings.” MKH

After a year full of tears, Ariana Grande comes out on to