A rare glimpse of the ‘factorylike’ K-pop idol training system 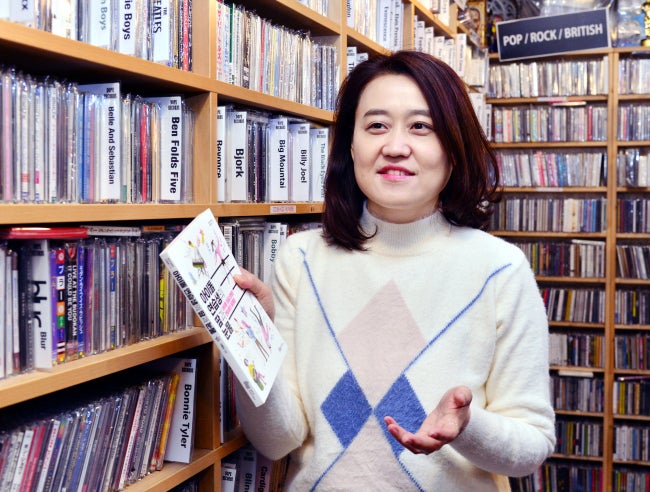 SEOUL — Lee Jong-im, a pop culture expert and author of “Idol Trainees’ Sweat and Tears,” goes beneath the surface of the heavily fortified K-pop industry and lays bare some ugly truths about the challenging idol training system.

Sitting down at a cafe in central Seoul, she shared valuable insight gained through months of research and numerous attempts at interviews since 2016 — a time when idol training shows like Mnet’s “Produce 101” were just starting to gain a presence on South Korean TV.

After documenting the lives of a number of K-pop hopefuls, the author learned that very few reach the final stages of an audition without the help of private academies.

“The media continue to perpetuate the narrative that a star is born by chance, and many people still believe that. But I realized the opposite is true,” she said. “Instead of (stardom happening by) mere coincidence, there is tough competition and a great deal of investment.”

A typical day for the idol trainees she met, many of them teenagers, involves dance and singing practice right into the late hours.

“The trainees (I met) practiced in separate gender-segregated studios until 10 or 11 p.m., depriving them of opportunities to mingle and leaving them with no time to meet anyone,” the researcher said.

Many trainees stay away from social media for personal use so they can start their careers with a clean slate.

Things are especially hard for those who have to juggle training with school life. According to Lee, school-age trainees cannot rely on their parents, as more often than not it takes a great deal of persuading to get parents on board and win their support to pursue an idol career in the first place. The children feel almost obliged to “make everything seem perfect” out of fear of disappointing them.

Relationships with teachers can be distant too, as many idol trainees stay in school only until noon so they can attend private academies. Operating on different schedules also means idol trainees have less in common with other students, which deprives them of a chance to make friends and makes them too dependent on the talent agency staff for someone to talk to, she explained.

Comparing the training system to a “factory,” she said it was “standard practice” for agencies to have trainees constantly on diets or to encourage them to get plastic surgery, adding that some trainees are weighed every day and given strict regimens to follow.

Lee’s revelation echoes criticism the industry has faced for its strict beauty standards. Minzy, formerly of 2NE1, said during a recent interview with Billboard magazine that it was “tough” to be branded the “ugly group.” During a TV appearance in 2012, viewers learned Yang Hyun-suk, CEO of YG Entertainment and Minzy’s boss at the time, called the musicians “really ugly,” leaving the panel members visibly stunned.

Though agencies sign trainees on to provide training, it is not free of charge. Once the young entertainers begin earning, they have to pay back their expenses. For instance, agencies keep receipts for travel tickets and meals and they later charge their trainees for these things. Lee added that one trainee who appeared on “Produce 101” and enjoyed a modest level of success was forced to perform at several small events to pay off “debts” before his or her contract expired.

As major entertainment agencies came to dominate the industry and ushered in a powerful fandom culture where CDs are often bought in bulk, Lee witnessed too many entertainment agencies jumping on the bandwagon of creating idols for profit — encouraging young people who wanted to be dancers, models or solo artists to strive for debuts with idol groups, regardless of their career aspirations.

“I think it might be because the entertainment industry has grown mainly on the backs of idols who can also act and do commercials — the one-source, multiuse model designed to generate profit and attention very quickly,” she said.

In her view, the vicious cycle continues due in part to the lighthearted media coverage of celebrities discussing their intense, sometimes harsh, preparations before debuting.

“The only time the public gets to hear these stories is when celebrities make confessions on a talk show. But stories like having to be on a diet, being depressed when their career didn’t take off or not being able to sleep because of a tough schedule are treated as part and parcel of being successful.”

“Idol Trainees’ Sweat and Tears” has been published in Korean by the Seoul Institute, a Seoul Metropolitan Government think tank, as part of its “Minority Report” book series, which seeks to give voice to minority points of view.

Read Next
LOOK: Anne Curtis meets Big Bang’s Seungri after Manila show
EDITORS' PICK
Palace: Malls, establishments may require customers to use of face shields
Syringes for Pfizer vaccine arriving on December 2 — NVOC chairperson
Smart offers wireless fiber-like speeds to Filipino homes with country’s first 5G Prepaid Home WiFi
Legarda: Ending Violence Against Women, a cause for all
This new condo in the South will make you want to turn a new leaf
Disease expert: Omicron variant may behave like Delta
MOST READ
Bongbong Marcos to face another disqualification case
Christine Bersola, Julius Babao cleared of cancer after colonoscopy, endoscopy
Former PM Abe says Japan, US could not stand by if China attacked Taiwan
Tropical storm intensifies as it approaches PAR
Don't miss out on the latest news and information.