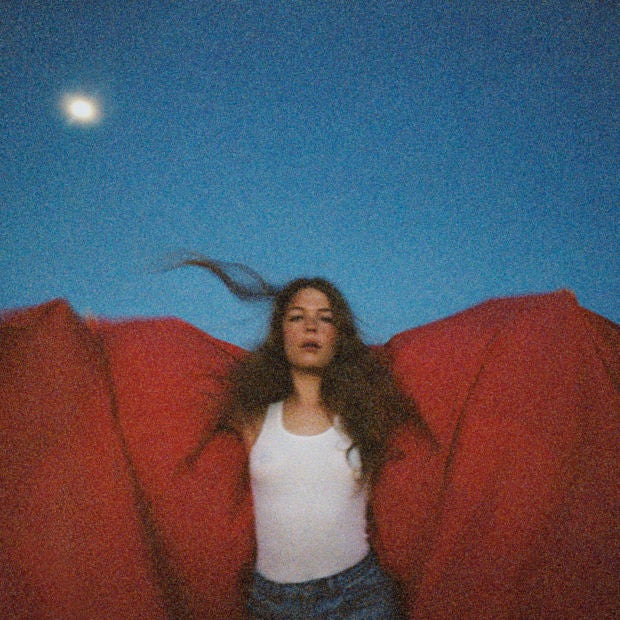 The moment most people first heard Maggie Rogers was likely memorable. The song she sang in a viral video clip wasn’t quite finished but the promise — the sheer talent on offer — was starkly apparent. No less a respected musical influencer than Pharrell Williams apparently agreed.

Williams may have unwittingly aided Rogers’ development but she has charted her own course and the singer-songwriter emerges this month with her eagerly anticipated — and astonishingly good — debut full-length album, “Heard It in a Past Life”.

Over 12 tracks, Rogers explores the curiously fertile melding of folk and dance, with her distinctive and warm voice floating amid harmonies or a relentless, industrial beat.

Rogers gained attention in 2016 when Williams helped critique students in his New York University music master class. In a video of that session, Pharrell’s stunned response to the innovative beauty of Rogers’ “Alaska” is as pleasurable as listening to Rogers’ low-key, matter-of-fact confident musical vision.

“Alaska” is included on the new album but it also includes the HAIM-like “Light On”, which reveals the personal turmoil the now 24-year-old Rogers felt after the blast of overnight interest.

“I couldn’t stop it/ Tried to slow it all down/ Crying in the bathroom/ Had to figure it out/ With everyone around me saying/ ‘You must be so happy now,'” she sings.

Rogers wrote or co-wrote every song and all the lyrics but had some high-powered help. Five tracks are produced or co-produced by Greg Kurstin, who has worked with everyone from Halsey to Sia. And Rostam Batmanglij of Vampire Weekend co-wrote and produced the lovely track “Fallingwater”.

Some of the standouts include the sunny upbeat pop of “Give a Little”, the slinky “The Knife”, the Fleetwood Mac-ish piano ballad “Past Life” and the album closer, “Back in My Body”, an arena foot-thumper. (“Overnight” would be on that list but it’s marred by the repeated sound effect of what sounds like a dying cat.)

That’s just a quibble: So much pressure has been placed on this young Maryland artist but she’s delivered on that early promise — an exciting album, true to her vision.

Now we all get to feel like Pharrell. CC

The three movements of Danao, Dumas and Dancel