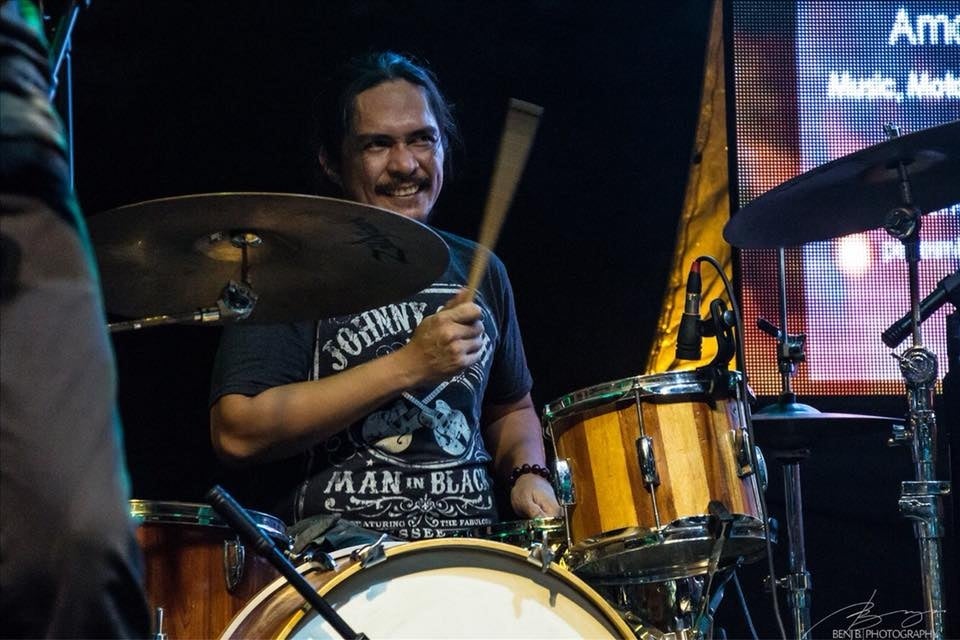 Invoking privacy, the family of drummer Brian Velasco of the hard rock band Razorback who stunned his friends and followers by recording his fall from a condominium building in Manila has requested the police to stop its investigation of the suicide on Wednesday.

“They also wanted to immediately pull out his body [from the funeral parlor] because they didn’t want any autopsy,” the Manila Police District spokesperson, Supt. Carlo Magno Manuel, told the Inquirer.

Manuel said the family, through a representative, issued a waiver to an investigation of any possible foul play.

Velasco, 41, shocked his friends and followers on Facebook as they helplessly witnessed his jump, which he livestreamed, from the rooftop of the 33-story Cityland Tower on P. Ocampo Street around 9:45 a.m.

He landed on the concrete canopy of the ground floor driveway, according to a police report.

Velasco lived in an apartment on the 12th floor of the condominium, police said.

He had been livestreaming on Facebook since the early hours of Wednesday.

He was heard mumbling about something that would be fine.

He also asked that Panchito, his French bulldog, be taken care of.

Then, finally, uttering, “Here I go … Here I go,” he jumped off the ledge of the building.

The 36-second video — shared by friends before it was taken down — showed part of his body seemingly floating on air.

A few hours after his death, his bandmates said goodbye to one of their own on their Facebook page.

“Today we lost our brother … and our hearts are broken … we love you and we will always miss you Bri,” they said.

Concert promoter Sazi Cosino told the Inquirer that she woke up around 7 a.m. and saw Velasco’s livestream and tried to stop what she thought he was about to do.

The live feed included Velasco’s final moments as he was getting ready to jump, Cosino said.

She said she could hear someone wanting to approach Velasco to help him but another voice said it was futile.

Cosino said she knew Velasco as a good-natured person, “but may be prone to be easily swayed” emotionally.

Meanwhile, Velasco’s friends and colleagues turned to their respective Facebook pages to express their grief.

Nicole Asencio — who took over Kevin Roy as Razorback lead singer — was deeply heartbroken and posted a lengthy personal tribute to Velasco.

“You are my ONLY friend who I can honestly say has seen me at my worst, and who I’ve seen at some of his most painful, too. You were one of my best friends since I was 16. The guy I could sleep next to for nights without any malice,” she said.

“I love your entire being … even the darker sides. I love your thoughts … even the painful ones …. I love our dayslong exchanges of words, and when we ran out … I love when we had no words, but sat there giggling,” she added.

“I am proud to have shared the stage with you,” she said. “I remember your advice, your honesty, your fake British accent, the rare times you wanted to cook.”

“I don’t know if you heard me when I told you how much you meant to me. I heard you loud and clear when you told me how much I meant to you.”

And in 1996, Velasco took over Ortigas on drums.