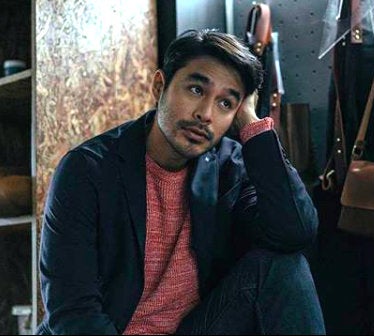 Atom Araullo may have something in common with Liza Soberano—sort of.

The broadcaster and “Citizen Jake” star shared an old photo of his mom, Carol, whom he teased she may be a lookalike of the 21-year-old Kapamilya talent. This he showed in a Twitter post Thursday.

Araullo shared a photo of Soberano as her character Christine in the upcoming movie “Alone/Together” side by side with a throwback photo of Carol in her student days.

He even shared a conversation he had with his mom, with him pointing out Carol’s resemblance to Soberano.

Their talk soon took a humorous turn, as Araullo teased his mom, “Mangingisda ka rin pala (So you’re a fisherwoman too)!”

Instead of getting an answer by word, Araullo received a “batok” (slap) for kidding his mother.

And it appears netizens took notice of Carol and Soberano’s facial similarities, with Araullo’s tweet garnering almost 2,300 retweets and 29,600 likes, as of this writing.

Carol is a social activist, medical doctor and columnist.  /ra

Atom Araullo new documentary sets him off to ‘Shark Land’