SHINee’s Key to hold his first solo concert in Korea 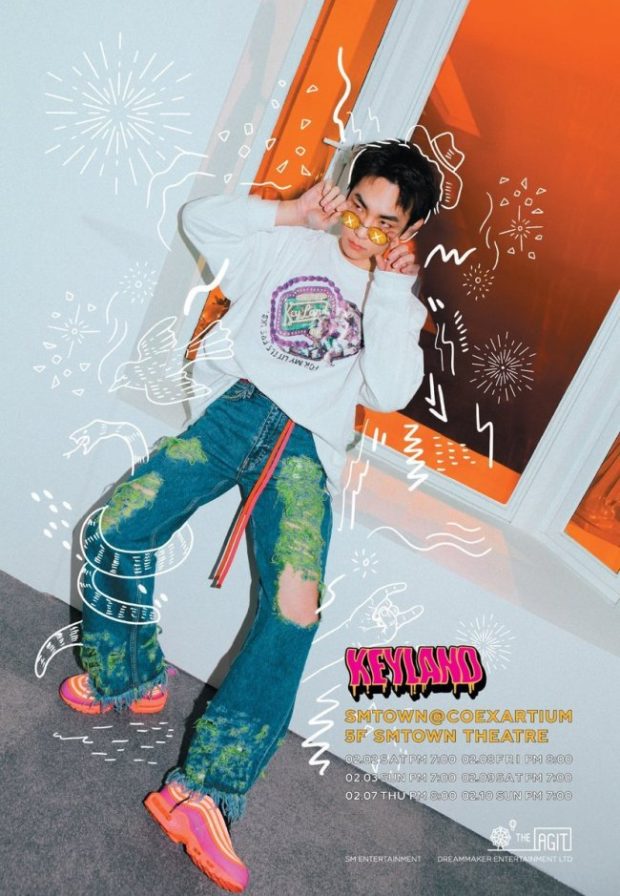 SEOUL — SHINee member Key will be staging his first solo concert in South Korea, “The Agit Key Land – Key,” in February in Seoul.

According to S.M. Entertainment on Tuesday, the concert will run for six days, February 2-3 and 7-10, at the SMTown Theatre in SMTown’s Coex Artium.

Since he made his solo debut in November with the album “Face,” the singer has successfully reached out to Japan with his first J-pop solo album, “Hologram.”

Released in December, the five-track album was well received by Japanese fans and hit No. 1 on Oricon’s daily album chart. According to the Japanese music chart, “Hologram” sold 21,420 copies in just a day.

Since his debut in 2008 as a member of the K-pop boy band SHINee, the singer has expanded his career to include acting in musicals, TV drama series and movies. Recently, he has appeared on multiple TV shows, including “Cheongdam Key-chin,” a cooking show on Kakao TV.