MANILA, Philippines — The year has just started and already, Anne Curtis is working on a new project after finishing three films in 2018 with flying colors.

Revealing her first movie project for 2019, Curtis posted Monday on Instagram a snapshot of a screenplay titled “Just A Stranger” written by Jason Paul Laxamana.

FEATURED STORIES
ENTERTAINMENT
Dina Bonnevie on Coney Reyes: We have forgiven each other
ENTERTAINMENT
Megan Young, Mikael Daez get married
ENTERTAINMENT
Issa Pressman speaks up after being dragged into James Reid cheating rumors
View this post on Instagram

Time to reread, study and understand “Mae” a little bit more. First film for 2019. Very excited to work with you @jplaxamana 🎥. . #MabuhayAngMongol 😂

In an Instagram story on Monday, Curtis hinted the movie holds a “whirlwind of intensity.” 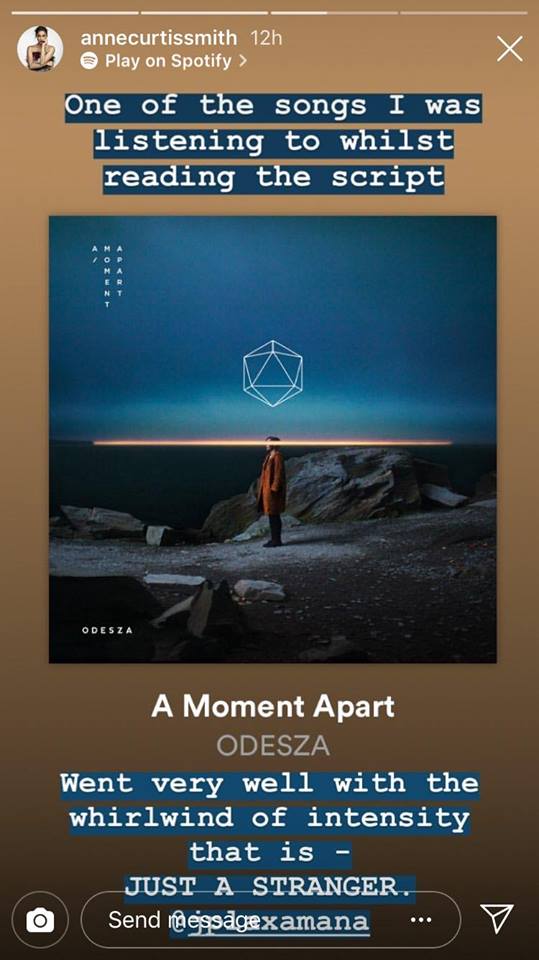