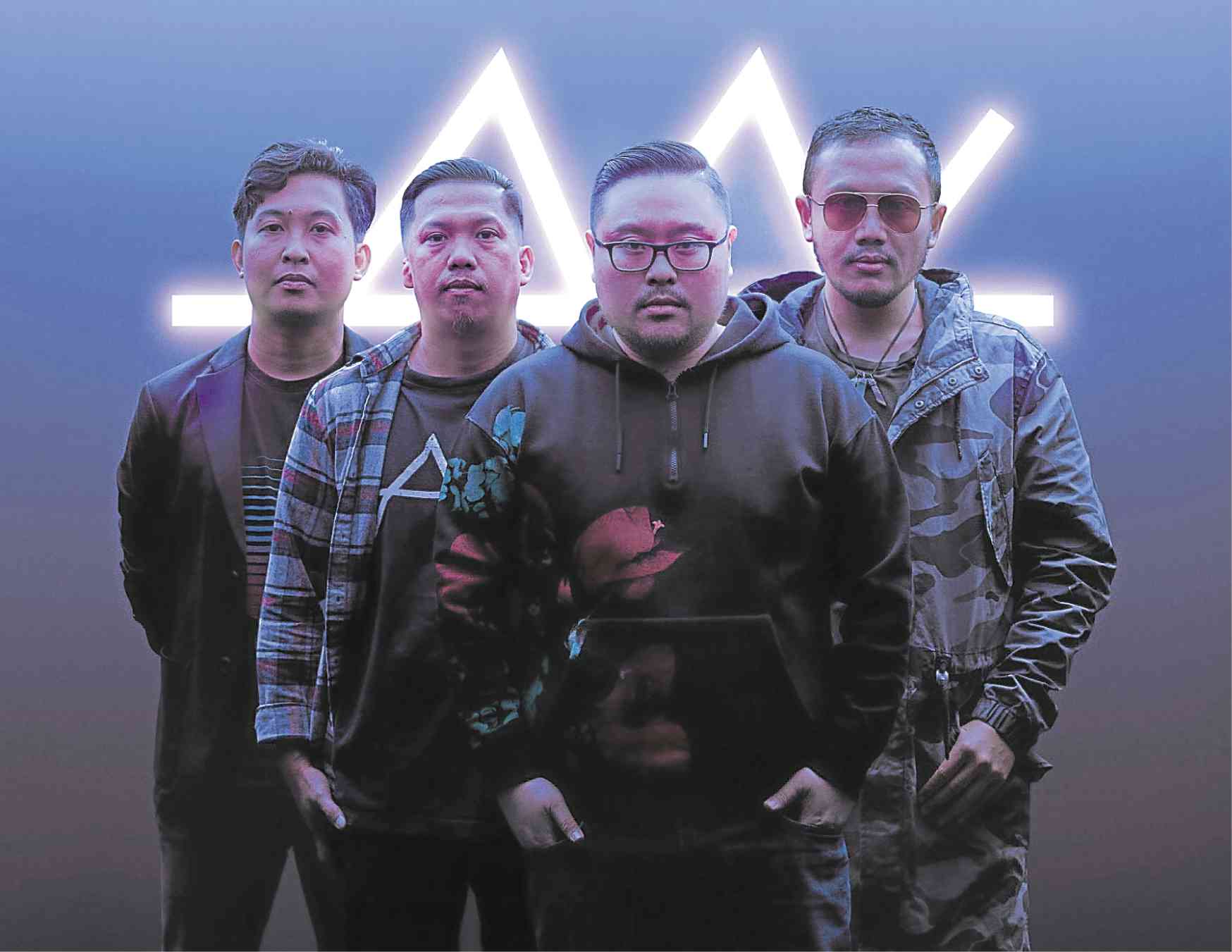 The local band Brisom began its foray into electronic music in 2013, a time when synthwave—a subgenre that draws upon the sounds, styles and visual concepts of 1980s pop culture—was steadily growing in popularity in Europe and the United States.

The group sought to take such type of music and inject Filipino sensibilities into it, but it proved tricky at first.

“We wrote mostly English songs initially. It was quite hard writing in Tagalog then, because we were still wondering if we could make it work in the language,” frontman Brian Sombero said at a recent press showcase organized by the pop-synthwave outfit’s new label, Viva Records.

Eventually, Brian and his bandmates, Timothy Abbott, Jason Rondero and Jeffrey Castro, decided to just go for it. Much to their surprise, the wistful, digital beat-laden ballad “Balewala”—one of their first Tagalog compositions—turned out to be their most popular work to date.

“I thought it was a gutsy move for us. We were unsure how it would sound… It has been one year since we released that song, but a lot of fans continue to listen to it,” related Brian, who has been inspired to craft more material in the vernacular, including one that will feature a female singer.

“We’re also working on something with Rhian Ramos, for whom we produced a song some time back,” Brian said. “Lovi Poe is open to collaborating with us again.”

Aside from being Brisom’s most streamed track on Spotify and topping local radio charts, “Balewala” won Rock Video of the Year at the 2018 Myx Music Awards. The music video, which has a nostalgic, vaporwave aesthetic reminiscent of the “San Junipero” episode of “Black Mirror,” features two women locking lips toward the end.

It was a nod to the LGBTQ community, Brian said. “I have a cousin who came out as a transgender a few years ago. It was a struggle for him prior to that. I have a cousin who’s lesbian. Some of my mom’s friends are gay, too. And I truly support them,” added Brian, who had previously released a song titled “Pride,” which is dedicated to the community.

The band’s latest single, “Hagkan,” is accompanied by a music video whose story takes off from where “Balewala” ended. “It’s about the lesbian couple’s struggles in their relationship,” Brian said.

While the band draws inspiration from personal experiences when writing songs, Brian said they also find cues from stories of other people, of friends, and even from movies. Some of their musical influences include Sunglasses Kid, Depeche Mode, The Police, New Order, A-ha and Tesla Boy.

“When we decided to go electronic, we went on a 1980s soundtrip, then came up with a sound that’s ours,” Brian said. “It feels great when we go to school gigs and see young ones incorporating vaporwave or electrowave aesthetic in what they do, and think of it as cool.”

“I guess, for some people, there’s just something fresh about going back to that era,” he added.