‘A Star Is Born’ expected to win big at Golden Globes 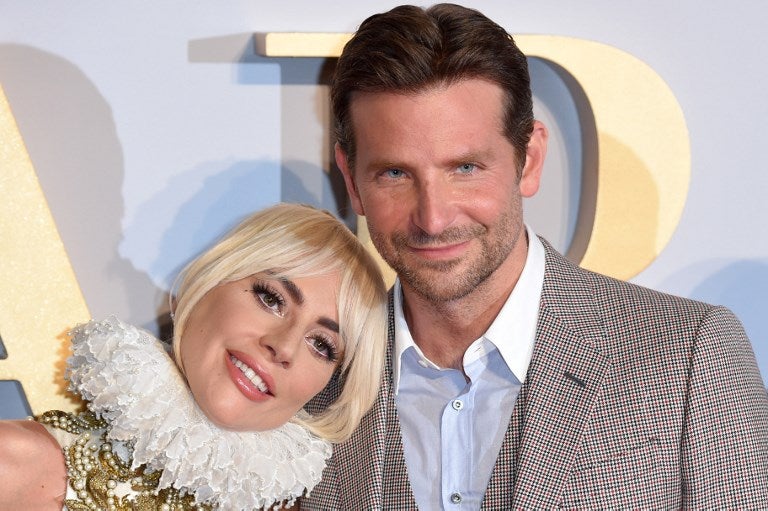 In this file photo US singer/actress Lady Gaga (L) and US actor/director Bradley Cooper pose on the red carpet upon arrival for the UK premiere of the film “A Star is Born” in central London on September 27, 2018. (Photo by Anthony HARVEY / AFP)

LOS ANGELES — Box office hit music romance “A Star Is Born” is the frontrunner going into Sunday’s Golden Globes, the first Hollywood awards gala of the year — and usually the sassiest of them all.

Tinseltown’s A-listers will strut down the red carpet for the first time this awards season at the Beverly Hilton, in the run-up to the all-important Oscars on February 24.

Hosting the gala — which begins at 5:00 pm local time — will be actress Sandra Oh and comedian Andy Samberg. As the only awards show where booze is served, the evening is usually more colorful than showbiz’s other big nights.

“It’s going to be great. I think people are ready and could use a little smile,” Samberg said in an interview with The Hollywood Reporter.

Even though Dick Cheney biopic “Vice” leads the film nominations with six, “Star” — and its power duo of Lady Gaga and Bradley Cooper — is the movie with the most buzz heading into Sunday night, and most critics predict it will take home the coveted best drama film honors.

“We’re expecting “A Star Is Born” to take it down in the end, solidifying its Oscar frontrunner status,” industry trade publication Variety said in its predictions.

“‘A Star is Born’ has everything going for it including box office and critical success,” Paul Dergarabedian, a senior media analyst at industry data firm ComScore, told AFP.

But he cautioned that the Globes — which are handed out by the 90-odd members of the Hollywood Foreign Press Association — are notoriously unpredictable.

“This year’s nominees across the major categories are all incredibly deserving so anything could happen,” Dergarabedian said.

This year, the Globes come at the start of voting for Oscar nominations, and while they are not always a clear predictor of Academy Award success, they are a bellwether of momentum.

If there is a sure bet on Sunday night, it is that Alfonso Cuaron’s “Roma,” a cinematic ode to his childhood in 1970s Mexico City, will win for best foreign film. He is also up for best director.

Competing against the Mexican filmmaker for that prize are Spike Lee (“BlacKkKlansman”), Peter Farrelly (“Green Book”), Adam McKay (“Vice”) and Cooper, who made his debut behind the camera with “Star,” directing himself.

For the experts polled by awards prediction website Gold Derby, “A Star Is Born” is a lock for best drama film, and Cuaron will take home top director honors.

Unlike the Oscars, the Golden Globes have parallel categories for dramas and musical/comedy films — meaning two times the prizes, and a chance for Oscar voters to consider a wider range of performances.

Gaga could be a double winner, with nods for both best drama actress and best original song for the film’s mega-hit, “Shallow.”

For best actor, Cooper — who plays the aging rocker who discovers a struggling singer-songwriter (Gaga) and propels her to stardom — is locked in a duel with Rami Malek, who portrays Queen frontman Freddie Mercury in “Bohemian Rhapsody.”

The field on the musical/comedy side is wider.

In the best musical/comedy actress race, Olivia Colman, who plays Queen Anne in “The Favourite,” is up against Emily Blunt, who fills the shoes of Julie Andrews as the magical British nanny.

The Globes also honor the best in television — but those awards can feel a bit redundant coming so soon after the Emmys in September, with many of the same nominees as the Television Academy field.

Adding spice to the mix on Sunday are programs that aired too late for Emmys contention, such as dark HBO mini-series “Sharp Objects” and Amazon drama “Homecoming” starring Julia Roberts.

Oh could take home an award herself — she scored a best actress nomination for acclaimed TV drama “Killing Eve.”