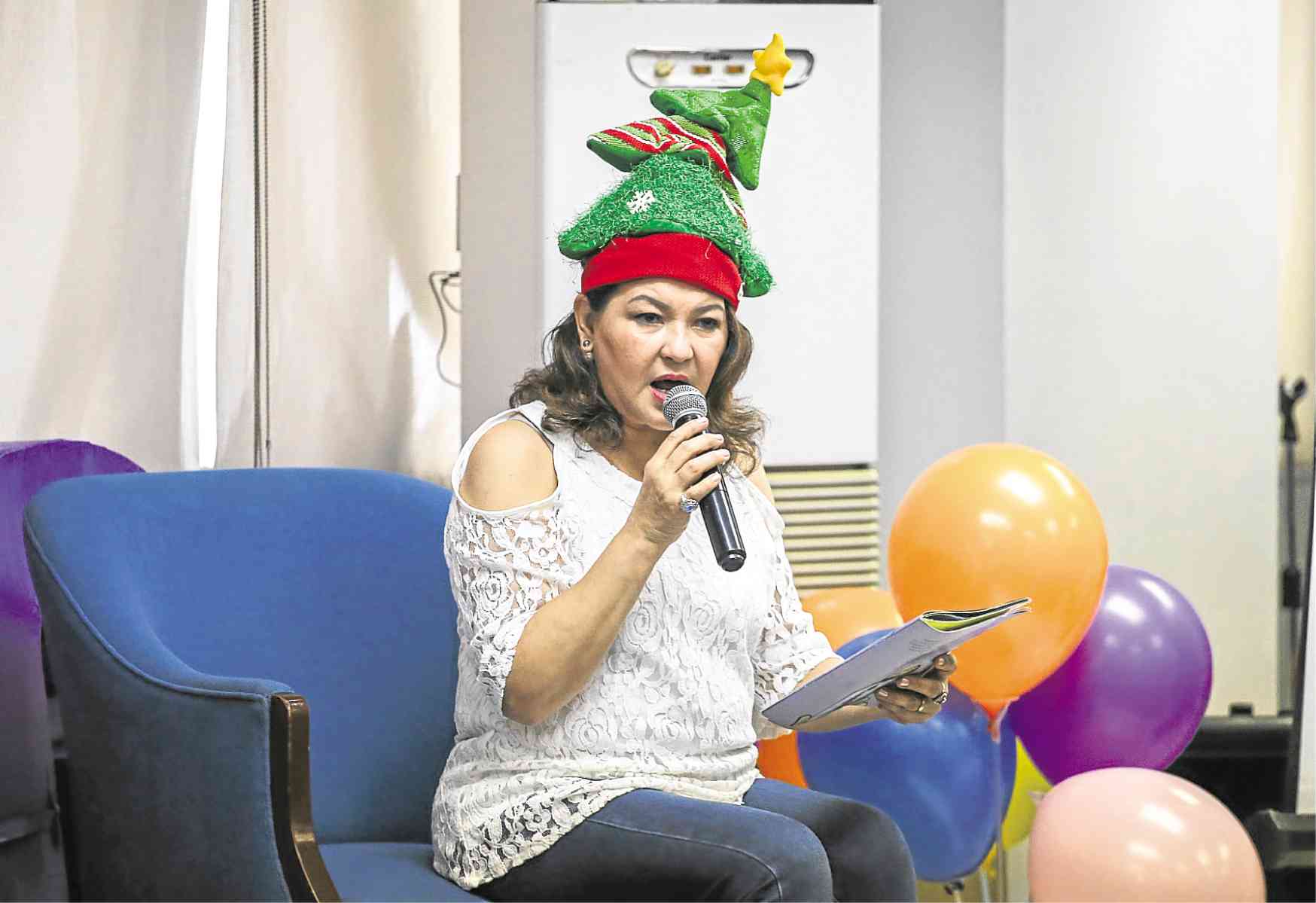 Actress Pinky Marquez said she would always warn her family about oversharing on social media, which should be used “just for work.”

“I don’t want them to share everything in their accounts. I tell Karel (her daughter) to be careful because she’s also a public figure. Privacy is still important. For her family’s protection, she shouldn’t be posting about their whearabouts all the time.”

Of her three children, only TV actress Karel Marquez followed in her footsteps and joined the biz. Karel now has two kids of her own.

Pinky, who is also a musical theater teacher, pointed out: “I’m confident that Karel is responsible enough. She knows when not to be too open about where she and her family are or what they’re doing. Her posts are always toned down.”

For Pinky, social media “is just for work… If you have something interesting to share, like a good dish, or if you are doing something for a noble cause—like joining the Inquirer’s Read-Along project—then that’s also OK. This is so other people will know about the advocacy, too, and eventually extend help.”

The actress is one of the celebrity storytellers during the Inquirer Read-Along session last month. She read to some 80 kids, with ages ranging from 7 to 12.

Pinky said she would often remind Karel to “remain grounded, to not forget that it’s just another job, and that everything should just be for her kids.” 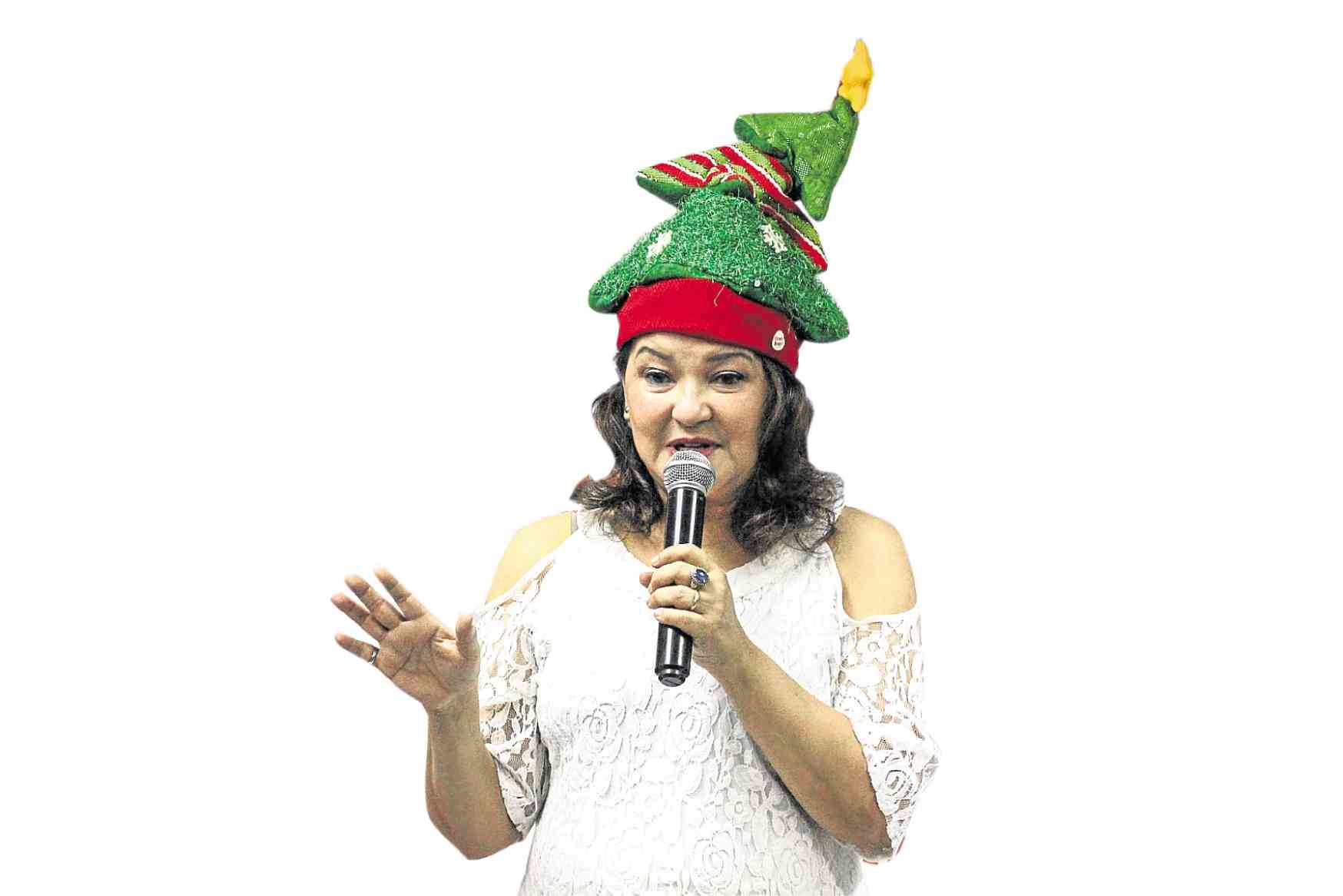 Pinky said she treats her grandchildren like her own kids. “My husband and I don’t spoil them. We just give them what they deserve,” she stressed. “I teach them everything when they’re at my house, including how to hold the spoon and fork correctly, or how to cut things. Whatever life lessons I teach my kids and grandkids, hopefully, they will pass on to the generation after them.”

Pinky is a teacher in a mobile school called Playbill Theater Arts Academy, where she gets to “teach kids how to tell a story; how to work together, to conduct themselves in front of an audience, and to believe in themselves.”

She explained further: “They used to be all into gadgets, but after joining our class, they also want to dance, sing and act. They become more mature when they go home. Our activities are geared toward a purpose. Slowly, they’re learning how to adjust to each other, as well as how to control their emotions. We don’t just teach acting. We teach life.”

Musical theater has been Pinky’s life since the late 1980s. For her, the perks of touring a musical stage play are being able to travel and meet new people. She was part of the production, titled “Marco Polo: When You Find Your True Love,” which toured Berlin, Germany, and Brussels, Belgium, in 2018.

Two years ago, the same musical by Belgian-Filipino director and actor Roger Saldo Chua was in Paris, France and London in the UK. “His ultimate goal is to bring the show to the West End [in London] and Broadway [in New York],” explained Pinky.

The play is set in 1271 and tells the story of the Venetian merchant and explorer Marco Polo, his journey to Cathay, and his love for Princess Kogajin.

“I play Empress Wu, the wife of Kublai Khan and the princess’ mother,” explained Pinky. “I have two daughters—one chooses to push through with her betrothal, while the other, her heart.”