“Magic on Ice” will run from Dec. 25 to Jan. 1 at Smart Araneta Coliseum in Quezon City.

There should be more ice skaters in the Philippines, said American master illusionist Steve Wheeler, “so we’d get a lot more to choose from.”

The star and creator of “Magic on Ice” and his production team are in town for the Manila leg of their show, which will run from Dec. 25 to Jan. 1 at Smart Araneta Coliseum in Quezon City.

Wheeler said his group would often audition talents from different parts of the world. “Somebody needs to develop amateur skating here. We have a wide selection of people from so many countries,” he told the Inquirer. “Most of them started as skaters when they were 4 years old. They competed in national tilts, some of them have even gone to the Olympics. They’ve spent their childhood training for this. We’re turning their discipline and hours of training into a beautiful piece of art.”

Wheeler first arrived in the country in November to promote the show. Back then, he said he enjoyed trying out different Filipino food. “That’s what’s good about traveling,” he pointed out. “This dish called beef bulalo is fantastic! I wish we could stay here longer. It would be nice to stay for six months and get to know the people more.”

He said the show in Manila would be the same version mounted in the United States and Europe. “We didn’t have to make any changes. We’re bringing our core show here,” he said, adding that changes had been made in past performances in other places. 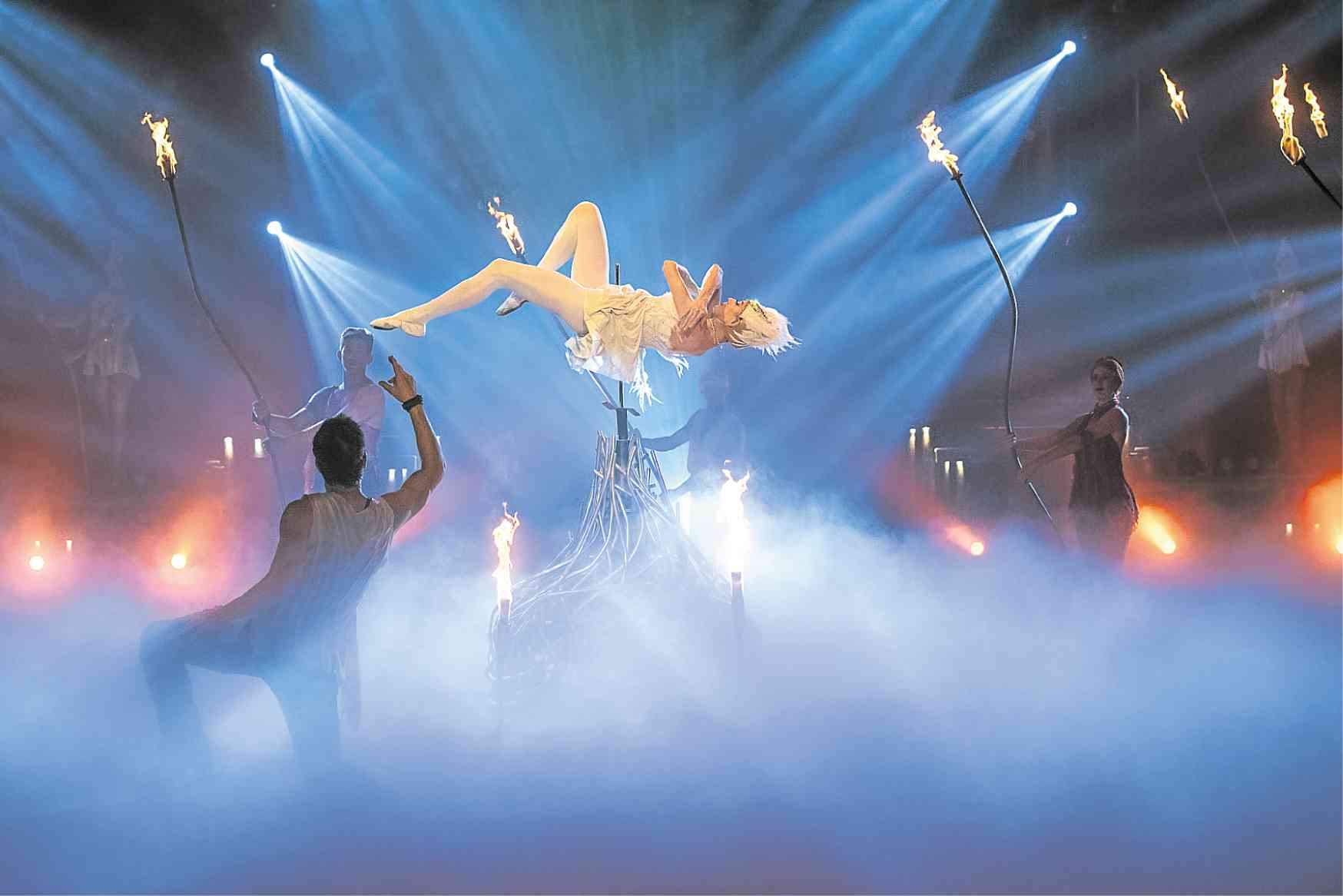 The show in Manila is the same version in the United States and Europe.

“For example, in the Middle East, they gave us some guidelines for the costuming. They didn’t want to see girls’ legs, so we had to cover them. We adjust for what’s appropriate for your culture,” he explained. “Sometimes, for our shows in a casino, they want it the other way around—we accommodate that.”

Asked how he would convince Filipinos to come and see the show, Wheeler said: “It depends on the person. A small girl may be drawn to the women with glamorous costumes. A teenage boy, for instance, could be attracted to the fire, to big lights and special effects. An older couple might be drawn to one of the more romantic numbers in the show,” he explained. “Each person will have something to relate to based on their age, background or personality.”

He added: “Some people like dramatic numbers, while others are drawn to the comedy and lighthearted productions. Some are thrilled by the sight of death-defying escapes. There’s a little bit of everything for everyone.”

When made to share which of the numbers was his favorite, Wheeler admitted that “it changes all the time! If it’s something new and my mind is on that, I’m excited to perform it. But really, it’s the numbers where I can connect with the audience and feel them respond. I get asked this question a lot, but it’s like asking a father if he has a favorite child. They’re like my babies, and I can’t play favorites.” 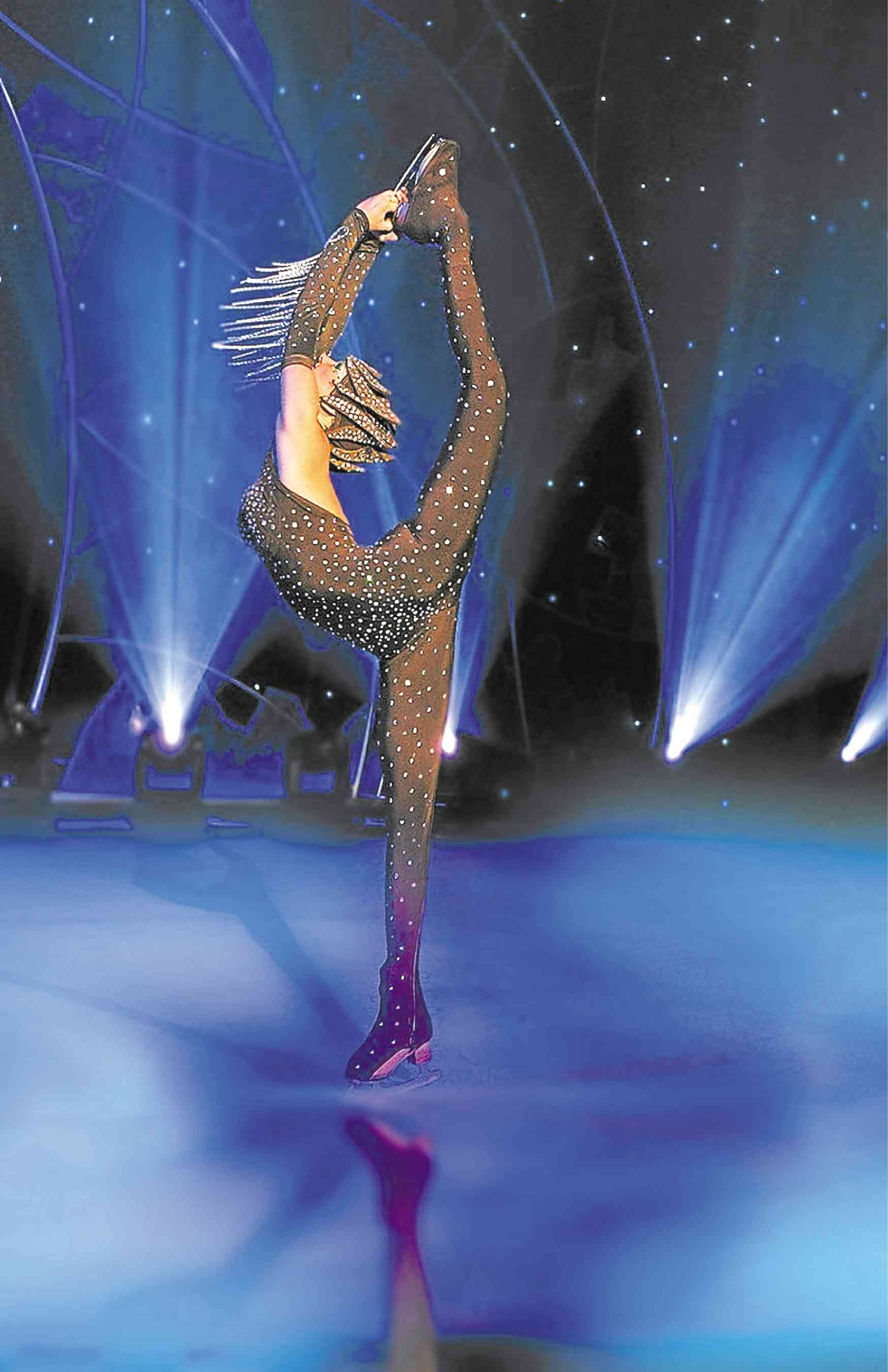 Wheeler’s spectacular show has entertained over 20 million people in 200 cities around the globe.

However, what Wheeler said he considered the most death-defying was the part where he was handcuffed and placed in an enclosure. “There are big sets of swinging knives and burning ropes. I have to escape before the knives come down on me. It always gets great reactions,” he said, stressing that, yes, there were occasions when they would get hurt, too.

“We have these dangerous numbers and we’re doing the magic very quickly, so accidents do happen. We’ve had people needing stitches and people bleeding everywhere. It doesn’t happen very often, though. It goes years in between. It’s the nature of what we do.”

Wheeler has entertained over 20 million people in 200 cities around the globe, from Asia to Europe, to North America and the Middle East. He is recognized for combining ice skating and grand illusion. He began touring internationally at age 19, after studying theater arts at the Tony-winning Old Globe Theater in California.

“I’m the only magician in the show, but the entire cast is involved in the magic. It all goes together. They help me in presenting the illusion. I play the central character, but it’s an ensemble effort,” he pointed out. “It’s the only show in the world that combines power, speed, beauty and grace of the Olympic sport, which is ice skating, with spectacular, grand illusions.”

Wheeler said the audience would see “people vanishing and transforming. At one point, we will invite kids from the audience to come down to the ice to participate.”