MANILA, Philippines — “Aquaman” star Jason Momoa has emerged from the sea and crashed a wedding in Hawaii.

While on a holiday trip with friends, Momoa made a spontaneous appearance in a couple’s wedding photo shoot at the beachside. 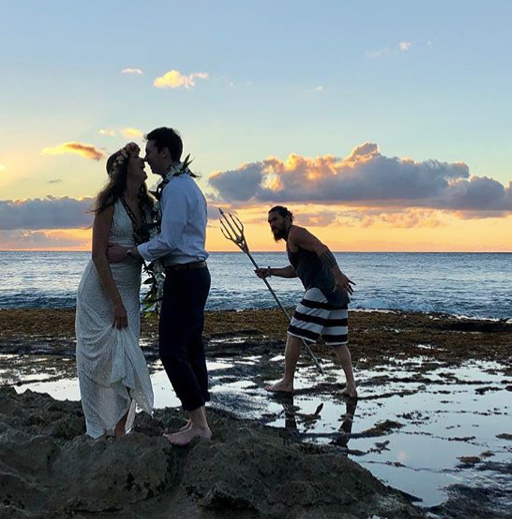 “We were taking our wedding photos after the ceremony out on the rocks and Jason Momoa and some of his family and some friends just all walked out on the beach,” the bride Katie Meyers said as quoted by an E! News report last Friday.

“They were shouting congratulations to us and they were super calm and super chill,” she added.

According to the couple’s wedding coordinator Carina Cooper, the newlyweds’ photographer asked Momoa to photobomb the pair’s wedding photos and the “Aquaman” actor was more than willing to partake in their special day. 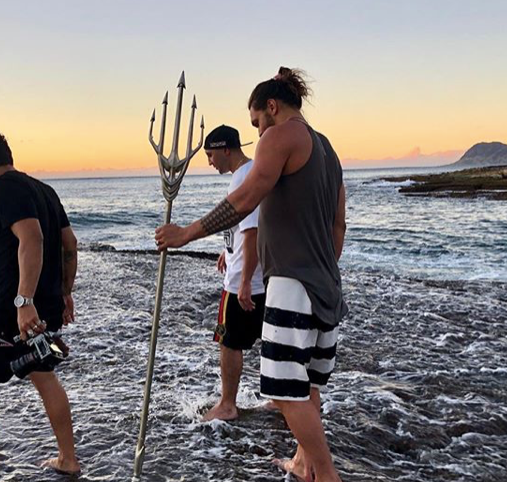 “He happily agreed to photobomb them! There just happened to be a kid on the beach nearby with that trident (in the pic) and Jason asked to borrow it. So he took the trident and went behind the couple in their picture and pretended to be a sasquatch,” Cooper said as quoted by the same report.

In an Instagram post, Cooper shared moments from the impromptu wedding photoshoot with Momoa captioned: “Best wedding crasher ever! Thanks for being so awesome!”/lb