LOOK: Yeng Constantino, husband awestruck by the beauty of Bhutan

Singer Yeng Constantino loves traveling with her husband Victor “Yan” Asuncion. After a trip to Vietnam earlier this month as part of her birthday celebration, the couple, this time, paid Bhutan a visit.

Asuncion shared how amazed they were upon seeing Mt. Everest for the first time on their way to Bhutan, as seen via his Instagram account last Thursday, Dec. 20. The couple pointed with excitement at the highest mountain in the world, in a video taken while they were flying over the Himalayas.

Constantino was taken aback by the picturesque view offered by Thimpu city, the Buddhist country’s capital, as seen via her Instagram account yesterday. It was only after seeing the Himalayan mountains from afar that she realized Bhutan is around 7,200 feet above sea level. 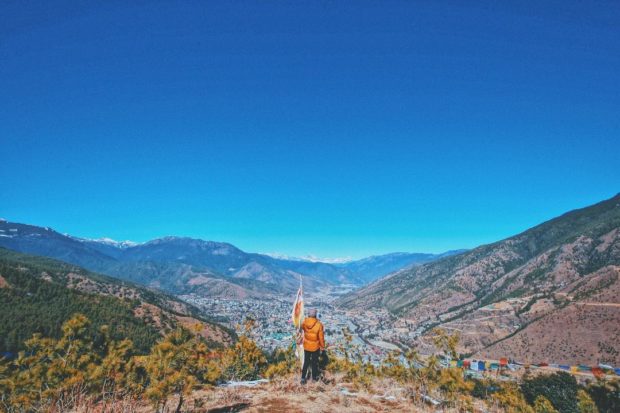 “Super beautiful country” is how Constantino described Bhutan, particularly after seeing the Buddha Dordenma, a gigantic statue of Shakyamuni Buddha, made of bronze and gilded in gold, located in the mountains. 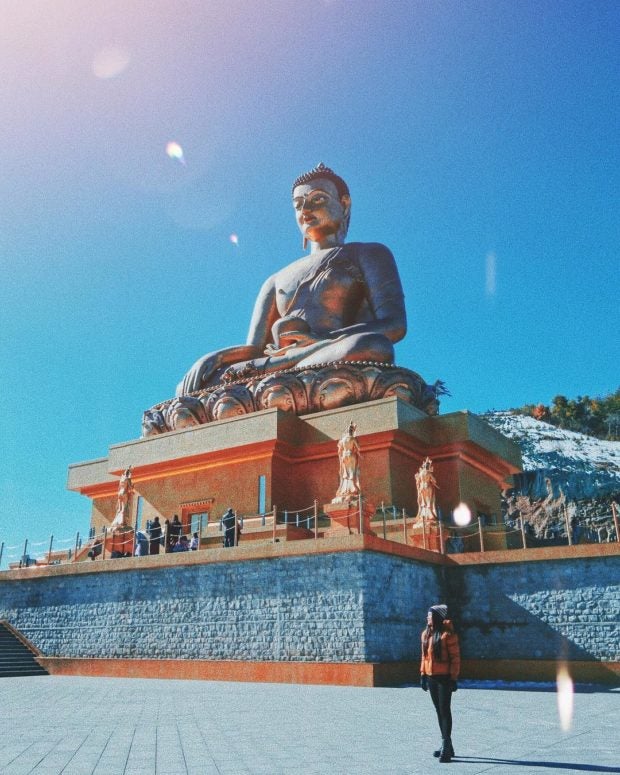 “I got emotional while staring at this spectacular view of this side of Thimphu Valley,” the singer said in a separate post. “Kaiyak! Iba talaga tama sakin ng travel when nagko-connect sa heart ko yung nakikita ko (It makes me cry! Travel really affects me when what I see connects with my heart).” 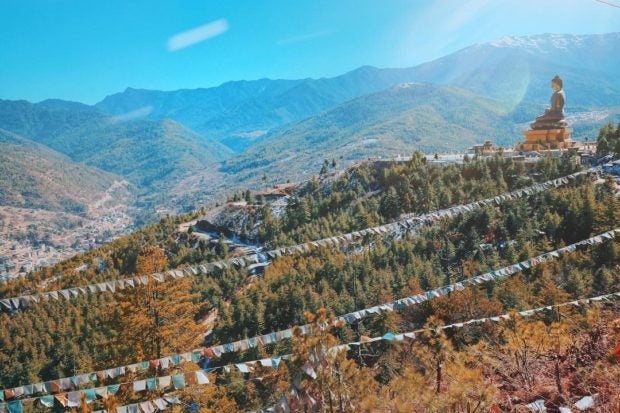 Constantino, wearing an orange coat, matched well with the colorful facade of the Buddhist monastery and fortress, Tashichho Dzong. 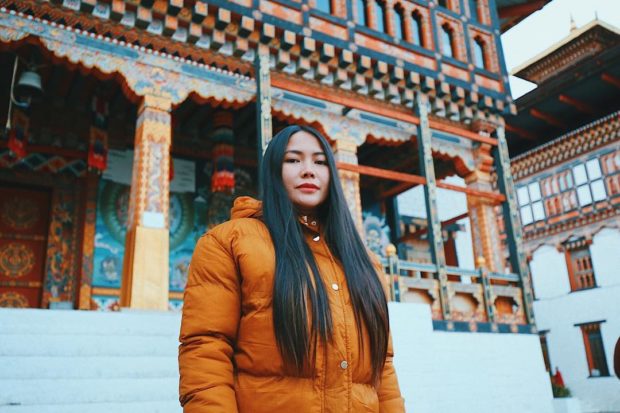 She also captured a candid photo of the locals and the prayer wheels at the National Memorial Chorten. 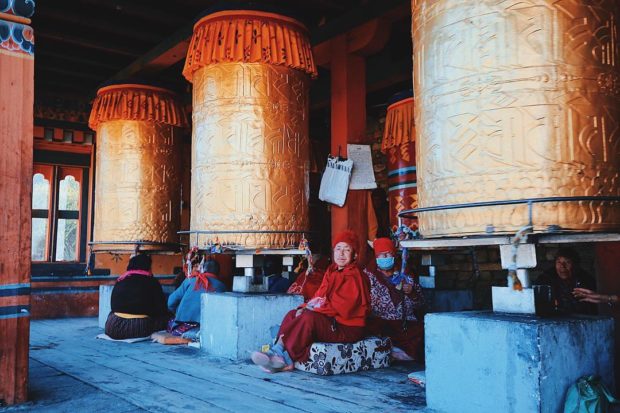 (Bhutanese believe that their prayers will be taken by the wind to the heavens [where their gods reside], which is why they put these flags on top of the mountains.) 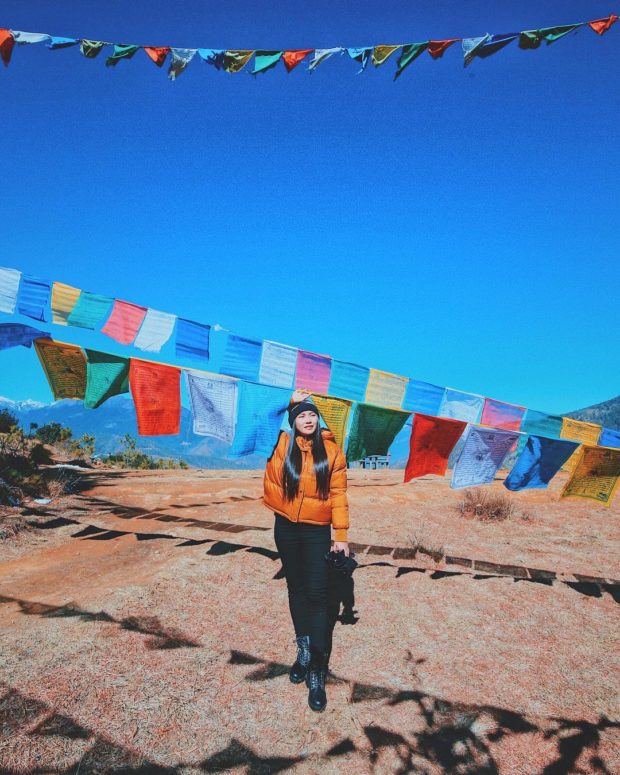 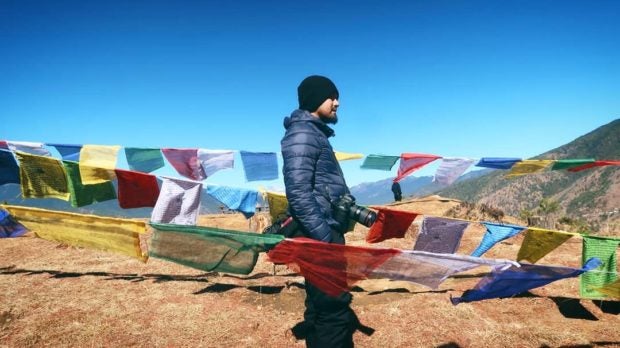 Aside from visiting the scenic places the country has to offer, the couple also indulged in local food. 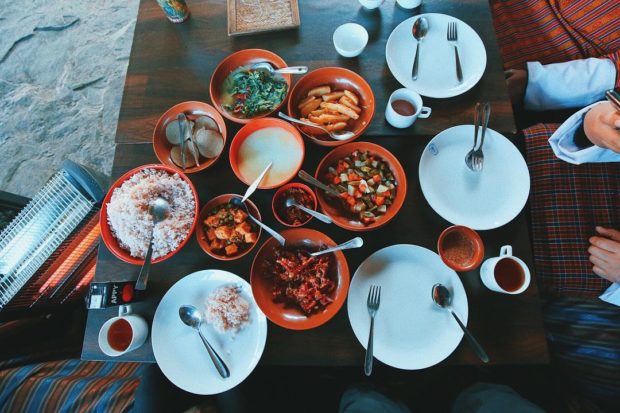 The trip also gave Constantino an opportunity to reflect, as seen in a photo of her marveling at the view of the mountains. 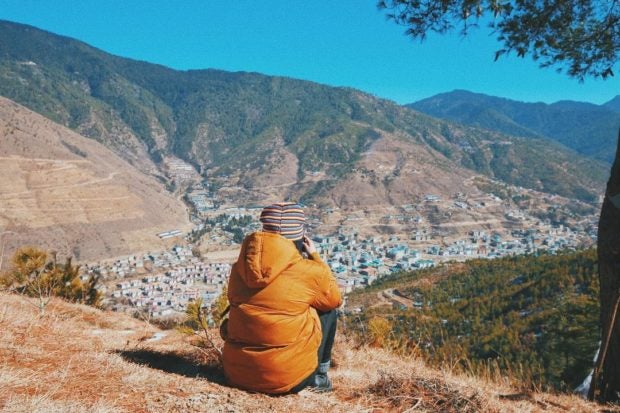 The singer appears to summarize what she learned from the tour by sharing a quote by American writer Henry Miller: “One’s destination is never a place, but [rather] a new way of [looking] at things.” JB