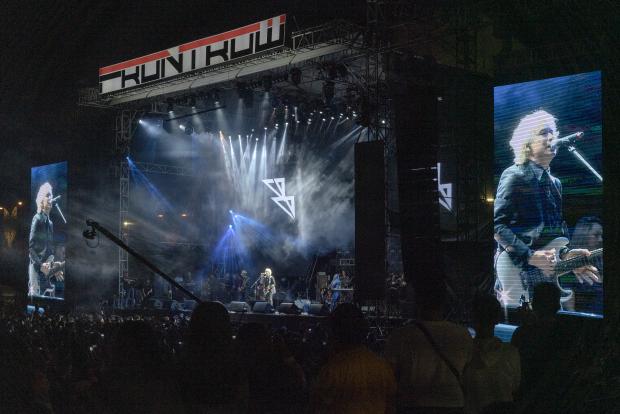 So one Sunday, Dec. 16 to be exact, they threw the biggest charity concert of the year — Frontrow Cares 2018 — to give everyone the opportunity spend time with their family in the best way possible.

Held at the SM MOA Concert Grounds, the concert was an all-night fiesta starting from 4:30 p.m.

The Philippines’ best and brightest acts took the stage one after the other.

There was Callalily and SpongeCola, which got the crowd singing and ready for what was next.

A big fan favorite, Jake Zyrus, took to the stage as well. It was quite special to see Zyrus up on the stage. Given his whirlwind journey to self-discovery, it was fitting for him to be on the #FrontRowCares stage, performing to an audience he called his family.

At the launch of #FrontRowCares, FrontRow president RS Francisco noted how he was a big fan of Zyrus and was very keen to get him for the concert.

As the night wore on, the party just got bigger.

Sam Concepcion mesmerized the crowd with his moves and his charm.

Gloc 9 dropped his biggest hits like “Magda” and “Sirena.” This was just a prep though for Andrew E. who got the FrontRow family hyped up the only way he can. On his performance of “S2pid Love,” the rapper was joined by FrontRow’s very own CEO Sam Verzosa.

At 11 p.m., Ely Buendia took over the stage with his commanding brass band.

People sang along with the blonde-haired vocalist and were thrilled he performed the classic OPM hit, “Pare Ko.”

Guests and FrontRow International members at the concert were treated to Compadre Craft in the VIP lounges, Khaleb’s shawarma, and a free meal that came with their ticket.

Another attraction to the concert was how there were raffle prizes being given away. These ranged from iWalk powerbanks, goodie bags filled with FrontRow beauty and wellness products, and the biggest of them all, three brand new SUVs.

If you think the party wrapped up by midnight. You’re mistaken and you really missed out.

The concert went on until the wee hours of the morning with Parokya ni Edgar doing their radio smash hits “Buloy” and “Halaga.”

So how else are you going to close off the night?

There was ExBattalion and DJ Ace Ramos to bring the party to a fun end, making everyone excited for what FrontRow International has in store in 2019.

All proceeds from the concert, which saw around 12,000 attendees, will go to charity. This includes advocacies close to FrontRow’s heart — like Bahay Aruga and Anawim — truly making the sentiment of #FrontRowCares a reality.

Congratulations, FrontRow International family. Only bigger and better things can come after this. /atm 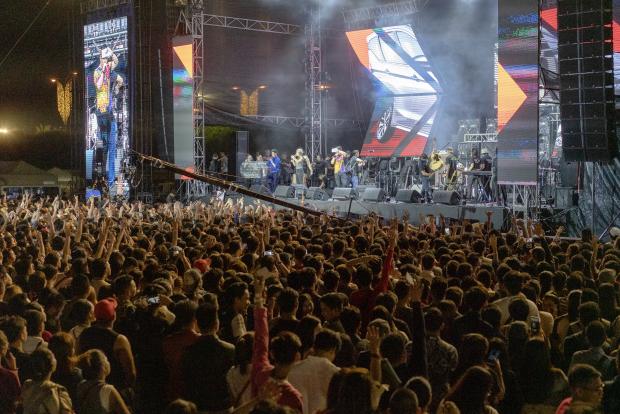