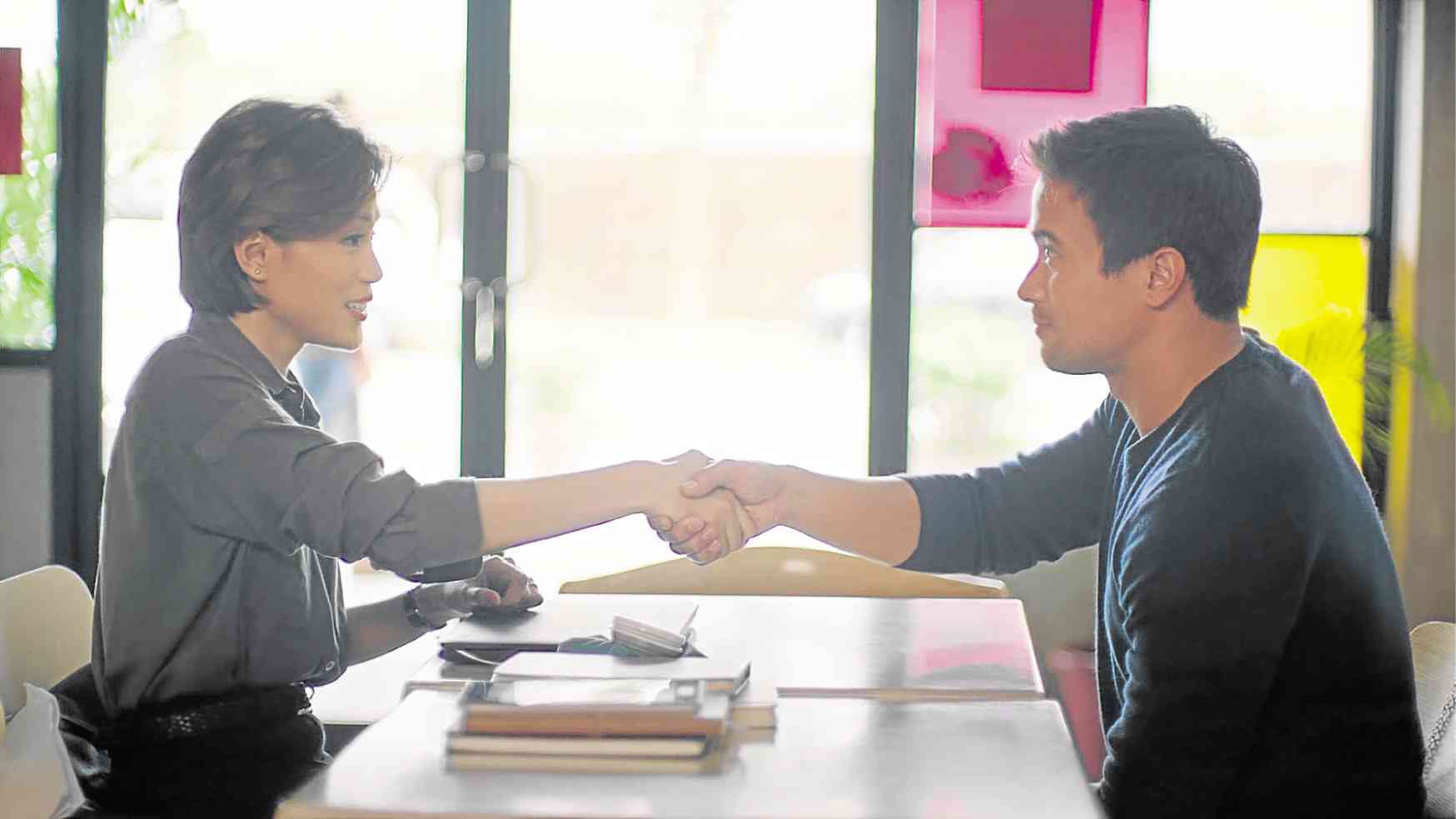 Toni Gonzaga (left) and Sam Milby in “Mary, Marry Me”

TV host-actress Toni Gonzaga said that her husband, film and TV commercial director Paul Soriano, never became jealous of actor Sam Milby, to whom she had been romantically linked in the early 2000s.

“He’s (Paul) at a stage in his life right now where he is already very secure as a person and as a husband,” said Toni, remembering their conversation about the Hollywood movie, “A Star is Born.”

“Paul said he got so involved in the film because he felt the connection between lead actors Bradley Cooper and Lady Gaga. He said he wouldn’t judge the two actors if they actually slept together in real life. They had to really get into their characters,” Toni shared with reporters. “He wasn’t saying that I should sleep with my coactors. He was simply pointing out that he understands the process of most actors. On the big screen, you really can’t fake it.”

“Paul first saw Sam and I together in a music video,” she recalled. “He said our chemistry was so strong that he also felt our connection just by watching it.”

Toni disclosed that it was Paul who chose Sam to play her and sister Alex’s leading man in the movie, “Mary, Marry Me”— one of eight official entries in the 44th Metro Manila Film Festival that begins on Christmas Day.

Toni, whose TinCan Productions bankrolled the romantic comedy film, said her husband’s participation in the movie went only as far as “being physically present in the look test. He (Paul) was quiet the whole time.”

TinCan is under the umbrella group TEN17P Productions, which her husband owns.

Asked to comment on the possibility of future creative differences affecting their marriage, Toni replied: “Conflicts and arguments are part of any marriage, but if these will break our marriage then I guess its foundation isn’t strong to begin with.” 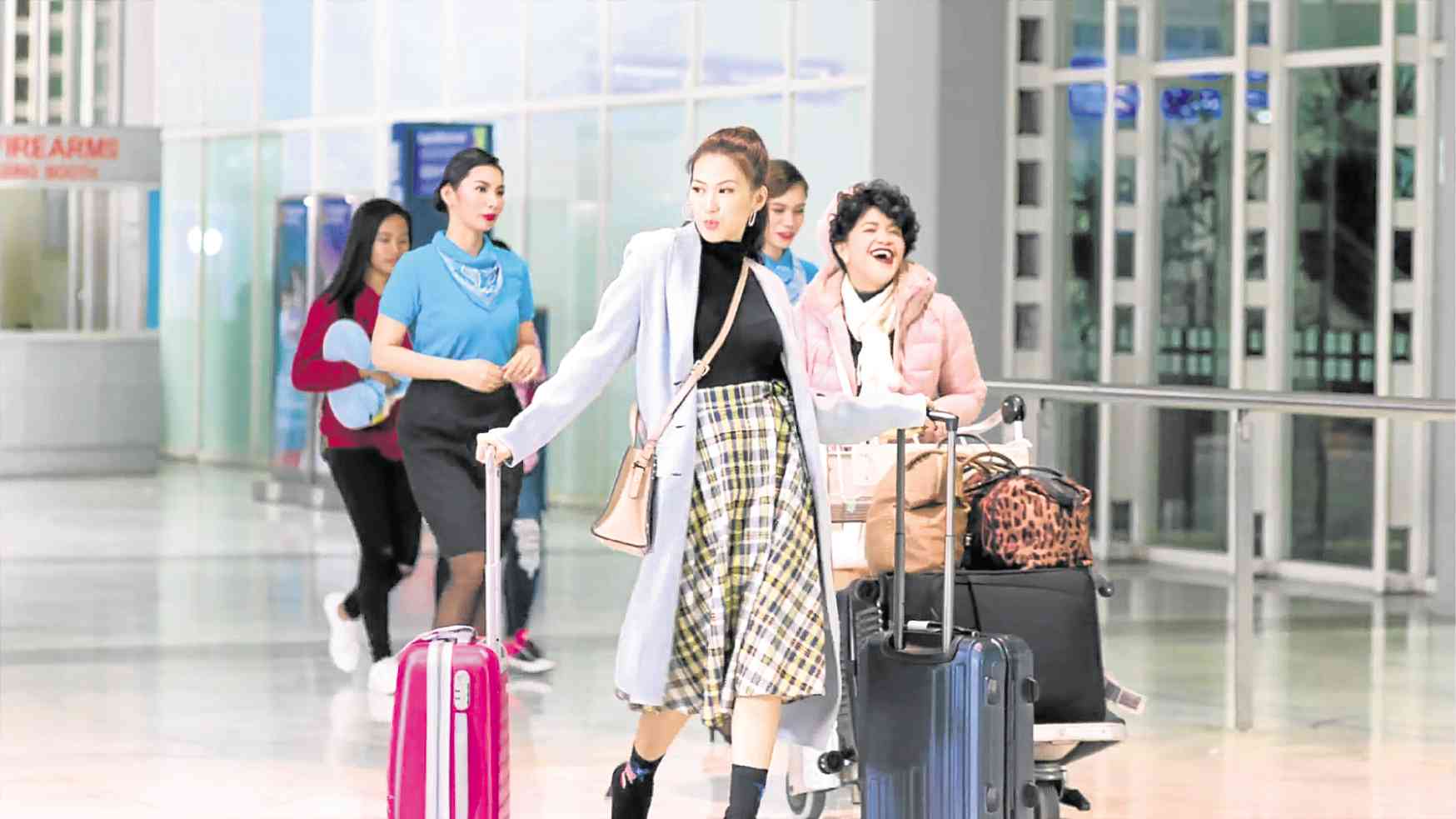 While she had been very involved as a producer, Toni said Paul was “hands-off.”

She explained: “He gave me complete creative freedom. He allowed me to explore how I could best express what I want in this movie. He would just visit the set to say ‘hello.’ As a filmmaker, he never imposed his views on our director RC delos Reyes.”

Toni added: “Paul once told me, ‘This is your market. You know this kind of audience really well, and I don’t. Paul’s mindset is more directed towards the global audience. This is more local, more mainstream. He doesn’t think his views will be useful to this project.”

Regardless of how “Mary, Marry Me” would rank in the box office, Toni promised she would continue making more worthwhile film projects. “You can’t just quit when you fail on your first try. You learn from your mistakes,” she emphasized. “The winners in life are the ones who never quit. I’ve experienced that as an actress. If I’d quit because of all my failures in the past, then I don’t think I’d be experiencing the good life I have today.”

As for Sam, whom she last worked with 10 years ago in “You Got Me,” Toni said: “He has become a better actor. He is now… way more mature and professional.”