It comes as no surprise to hear suspense-thriller aficionados calling “Bird Box,” Sandra Bullock’s postapocalyptic thriller on Netflix, a rip-off of John Krasinski’s “A Quiet Place.”

To be fair, however, the rough draft of rock vocalist Josh Malerman’s best-selling 2014 novel that inspired the film was written way before M. Night Shyamalan’s similarly themed “The Happening” was released in 2008.

So, while director Susan Bier’s adaptation certainly has loose ends that need tying up, as well as schmaltzy scenes that don’t quite tug at viewers’ heartstrings, it boasts edge-of-your-seat moments that proficiently put thrill-seeking viewers through the wringer. And, for some suspense-thriller and horror fans, that’s good enough reason to sit through the two-hour production.

In “A Quiet Place,” you put your life at risk when you make any kind of noise. In “Bird Box,” which premieres on the streaming network today, exposing your eyes to an unseen adversary immediately becomes an urgent matter of life and death. 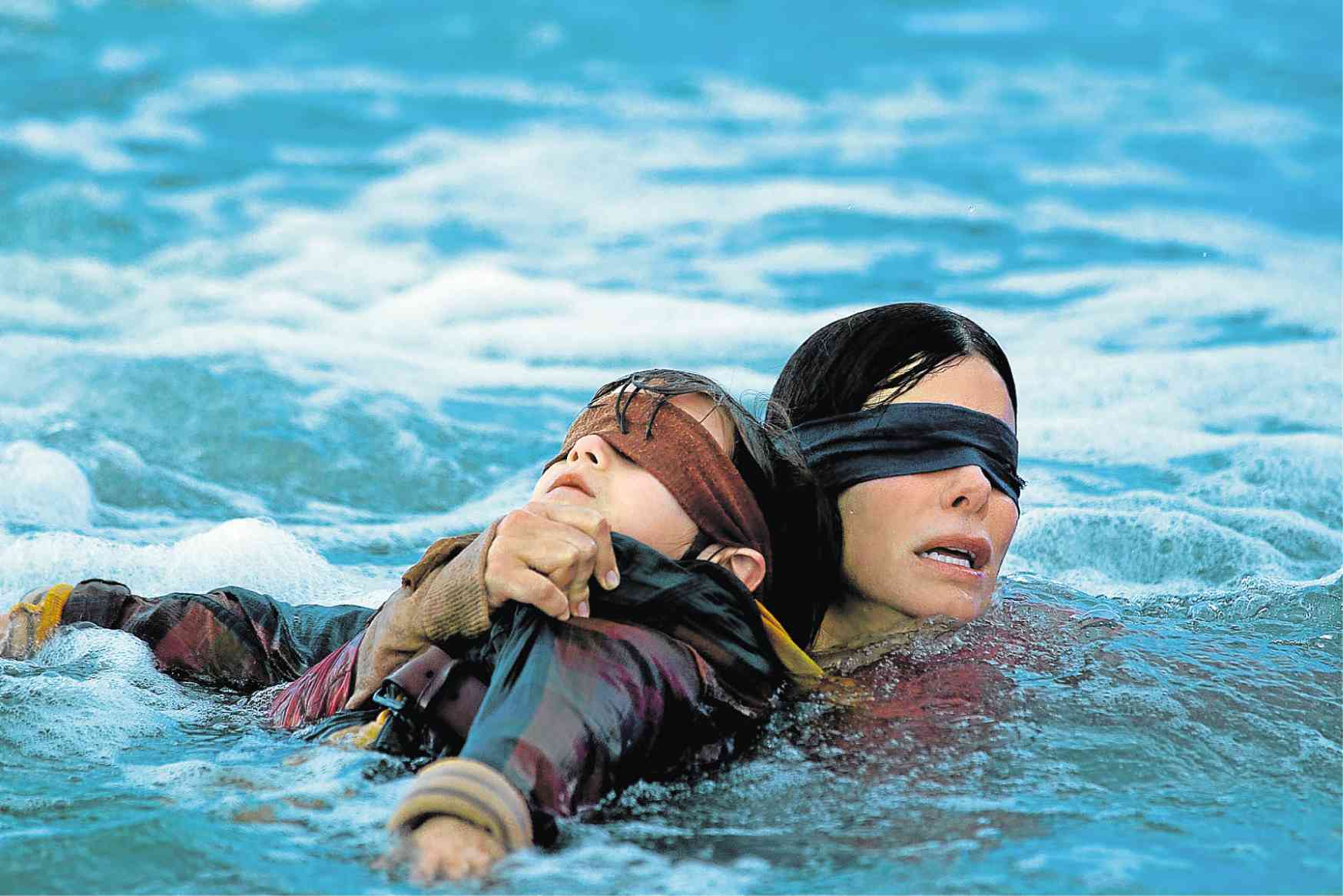 In both cases, survivors must keep their wits about them as they sharpen their uncompromised senses to evade the sinister danger lurking in their midst.

The film revolves around Malorie (Sandra Bullock), who’s coming to terms with unwanted pregnancy as the mysterious “vision-sensitive” outbreak that originated from Romania begins to make its presence felt in the United States. It doesn’t take long before the “infection” spreads like wildfire!

Every person who gets “infected” hears voices that convince them to commit suicide, each as wince-inducing as the next.

What about mind over matter, you ask? Forget it—the urge to hurt yourself and others is too strong to resist.

Following the ensuing mayhem, and with her sister (Sarah Paulson) left in the lurch, Malorie ends up hiding with a ragtag group of survivors in a house where all the windows are covered. If they attempt to look at what’s outside, they get infected by “something” that they see and start manifesting psychotic behavior. 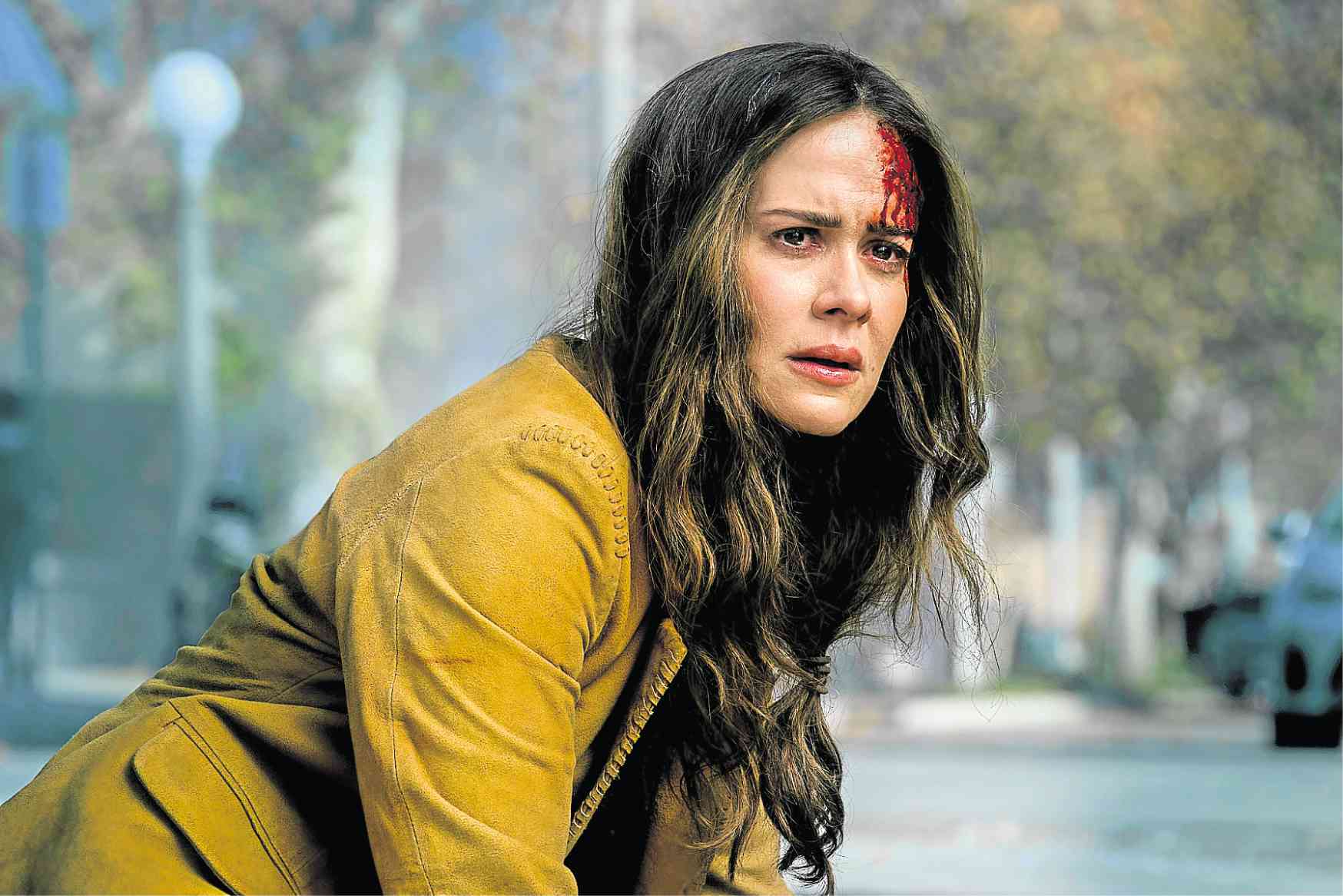 But their difficult situation takes a more maniacal twist when another survivor, Gary (Tom Hollander), shows up and tells them that escapees from a hospital for the criminally insane have inexplicably proven to be immune from the “infection”!

The film shuttles between this period and what happens five years later, when Malorie and her two kids, simply nicknamed Girl (Vivien Lyra Blair) and Boy (Julian Edwards)—who have been trained to move around without seeing—must survive a perilous 48-hour journey on a river to find a secret community of survivors.

But, how can Malorie protect her kids and navigate the raging rapids with a blindfold on?

“Bird Box” alternately sinks and swims, but Sandra’s engaged portrayal, aided further by a creepy atmosphere that keeps the tension palpable, helps the film keep its head above water. 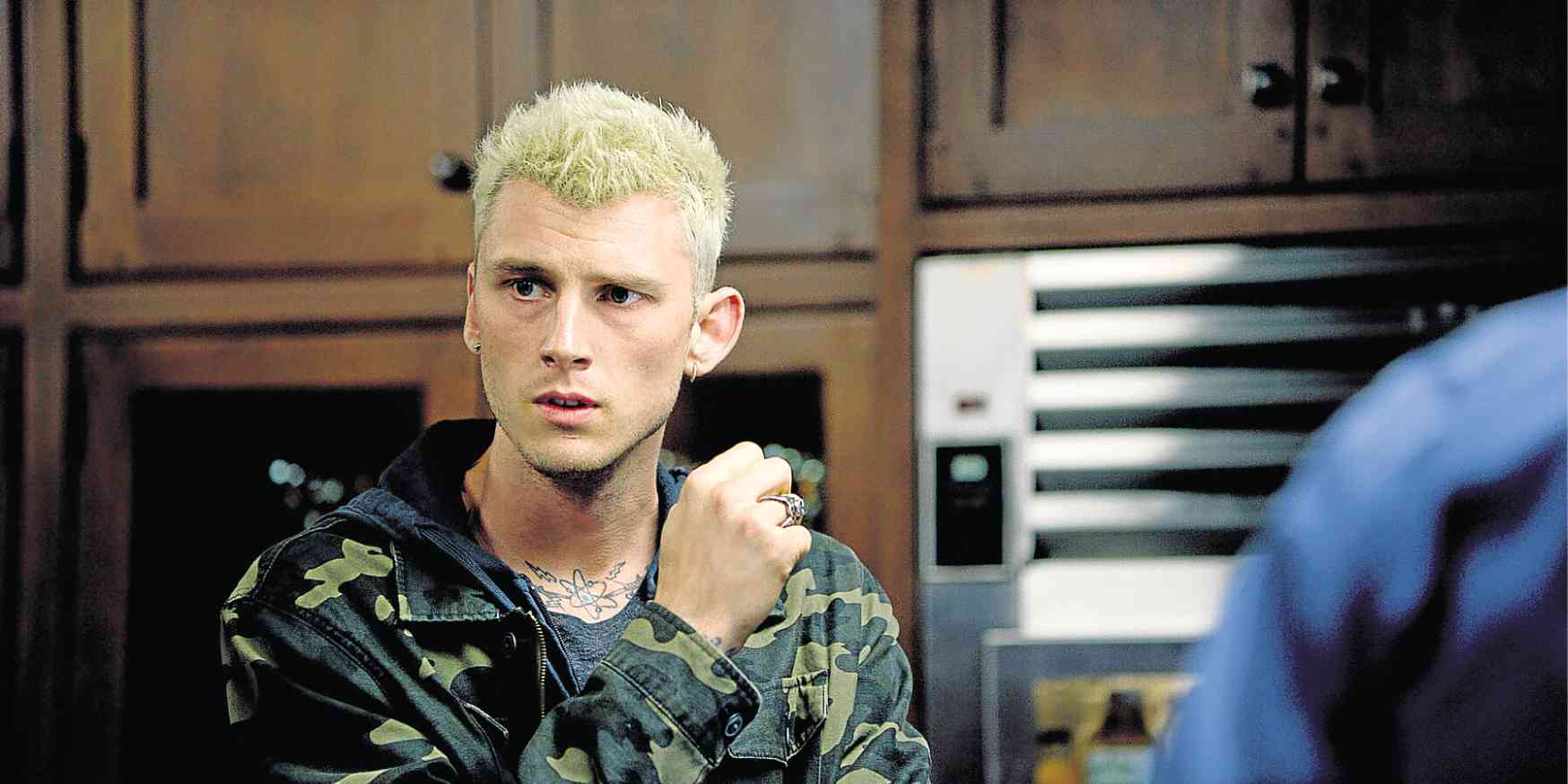