MANILA, Philippines — Sang’gres from “Encantadia” reunited as Iza Calzado tied the knot with Ben Wintle in Coron, Palawan on Wednesday.

“Getting a little emotional cause our sister is getting married,” Sunshine Dizon wrote in an Instagram photo with Calzado, Diana Zubiri, and Karylle.

A touching moment at the reception was captured on video by celebrity doctor Vicky Belo. Dizon was seen giving a message to Calzado, causing the bride to be in tears.

Dizon gave Calzado a diamond bracelet belonging to the bride’s late mother. Dizon kept it until Calzado got married.

A very touching moment when @m_sunshinedizon gave @missizacalzado a diamond bracelet belonging to iza s mom (who passed away) for safekeeping til iza got married .

“This is a very special day. This diamond bracelet was your mom’s. I was made to hold on to it and keep it safe but now, I’m giving it back to you,” Dizon said, as seen in Quark Henares’ Instagram story. 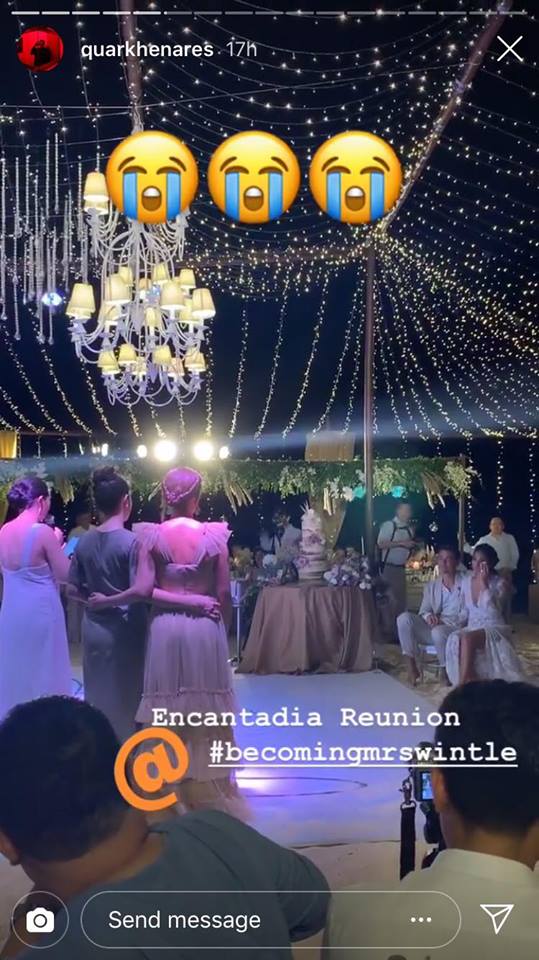 Calzado and Wintle got engaged in October 2017 after five years of dating. Before their wedding ceremony, the couple hosted a Filipino-themed pre-wedding party in Coron, Palawan. #