LOS ANGELES — Celebrities offer their thanks, remembrances and condolences on the death of actress-director Penny Marshall, who died Monday at 75. 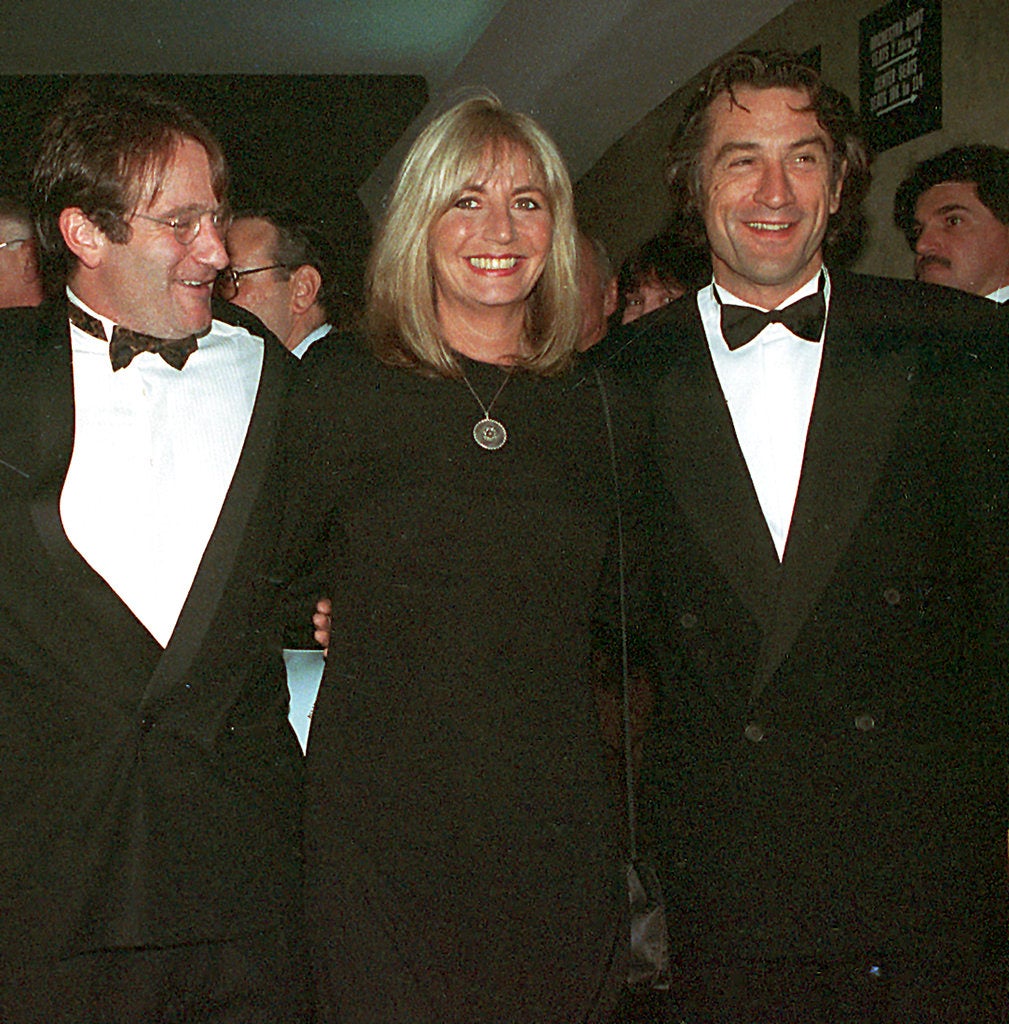 “Goodbye, Penny. Man, did we laugh a lot! Wish we still could. Love you. Hanx.” — Tom Hanks on Twitter.

“She was funny & so smart. She made the transition from sitcom star to A List movie director with ease & had a major impact on both mediums. All that & always relaxed, funny & totally unpretentious. I was lucky to have known & worked with her.” — Ron Howard on Twitter.

“I am absolutely heartbroken.” — Rosie O’Donnell, in an emailed statement.

“Thank you, Penny Marshall. For the trails you blazed. The laughs you gave. The hearts you warmed.” — Ava Duvernay, via Twitter.

“I first met Penny one month after arriving here in LA. I was a guest star on a TV pilot she was working on. The next time we worked together was on that iconic episode of ‘Happy Days.’ She was so inventive, so funny and so warm. She brought her own unique brand of humor to what was on the written page.” — Henry Winkler, in an emailed statement.

“Thank you for what you contributed to us girls. Grateful to have worked with you. Rest well you great Broad!!!” — Viola Davis on Twitter.

“Penny will be missed. May she Rest in Peace.” — Robert De Niro, via emailed statement.

“Yesterday I held a Golden Gloves award from the 1930’s, given to me by Penny Marshall. Hadn’t seen it in years. Then today’s news… Penny told me the story of Jim Braddock, which became the movie Cinderella Man. She was kind, she was crazy, so talented and she loved movies.” — Russell Crowe, via Twitter.

“I grew up wanting to be as funny as Penny Marshall, and had the pleasure of meeting her a few times. Watch some old Laverne and Shirley to see why her brother Garry insisted on casting her. Comedy gold, she was.” — “Big Bang Theory” actress Mayim Bialik, via Twitter.

“What an inspiring woman #PennyMarshall was. Funny, talented, kind and giving. Penny was so supportive of my career from the very beginning and I will always be so grateful. A wonderful actress, producer and director. She will be missed by so many.” — Reese Witherspoon on Instagram.

“Sad to hear of Penny Marshall’s passing. a great comedienne a terrific director and a dear friend.” — Billy Crystal, via Twitter.

“Such a wonderful, funny and talented lady. Without her support and encouragement, I would not be where I am today. She will be missed.” — Mark Wahlberg on Twitter.

“The Marshall family grieves again as the great #PennyMarshall dies at age 75. What an extraordinary family they were and continue to be, and how much love and sympathy my family and I send their way. The end of an era.” — Bette Midler on Twitter. Marshall’s brother, “Pretty Woman” director Garry Marshall, died in 2016.

“I’m sad to read she has passed. Director, producer and actress who had the humor, wit and fortitude to stand equally with the boys in Hollywood. Goodbye Penny, we will miss you. RIP.” — actress Marlee Matlin, who shared a photo on Twitter in which she said she was emulating Marshall.

I always loved this picture because it was my way of emulating the great Penny Marshall. I’m sad to read she has passed. Director, producer and actress who had the humor, wit and fortitude to stand equally with the boys in Hollywood. Goodbye Penny, we will miss you. RIP pic.twitter.com/gqa9w3TEOh

“Penny Marshall had me audition 6 times for a role and then I didn’t get it. She didn’t know that I would audition for her forever. It was a treat to be in the room. She was glorious.” — Jason Alexander, via Twitter.

“Penny Marshall was a sweet woman. I was very fortunate to spend time with her. So many laughs. She had a heart of gold. Tough as nails. She could play round ball with the best of them.” — Danny DeVito, via Twitter.

“The LA Clippers are deeply saddened by the passing of Penny Marshall, a resilient pioneer with legendary talent, a committed advocate for women, and a passionate member of Clipper Nation.” — The NBA’s Los Angeles Clippers, whose sidelines Marshall sat on for nearly every home game, via Twitter.

“She was an incredible artist. Met her when I was a broke young actor. She gave me her court side seats to a Clippers game. ‘Here, I can’t watch them lose anymore.’ I felt like such a big shot with my friends that night sitting in Penny Marshall’s seats watching the Clippers lose.” — actor Alan Tudyk, via Twitter.

“Big.” ”A League of Their Own.” ”Awakenings.” Today, we say goodbye to one of the greats. Penny Marshall, you will be missed.” — The Academy of Motion Picture Arts and Sciences via Twitter.

“Penny Marshall brought us great laughter and truly broke new ground as a director. Neither a schlemiel, nor ever a schlimazel, she shall be missed by her many fans.” — George Takei on Twitter.

“I had the good fortune to be directed by her once and she was sharp and smart and hilarious. And A LEAGUE OF THEIR OWN still holds up. What an amazing talent.” — Patton Oswalt on Twitter.

‘Big,’ ‘A League of Their Own’ director Penny Marshall dies at 75