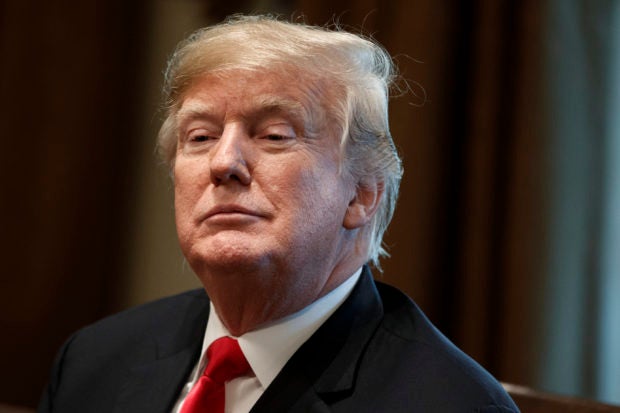 In this Dec. 13, 2018, file photo, President Donald Trump listens during a meeting in the Cabinet Room of the White House in Washington. Trump is criticizing Saturday Night Live again on Twitter Sunday, Dec. 16, the morning after another spoof on the sketch-comedy show focused on him. Image: AP/Evan Vucci

LOS ANGELES (AP) — President Donald Trump is criticizing “Saturday Night Live” on Twitter again the morning after a Christmas-themed spoof on the sketch-comedy show focused on him.

On Saturday night, “SNL” opened with an “It’s a Wonderful Life” themed sketch that imagined a White House without Trump. Alec Baldwin returned to play the president once again.

Trump has often been critical of “SNL” and Baldwin’s portrayal of him, and has taken to Twitter in the past to express his frustrations, even getting into spats with Baldwin.

In his tweet Sunday, Trump wrote that coverage on networks like NBC is one-sided and suggested that it should be tested in courts. CC

Read Next
Offset interruption of Cardi B at Rolling Loud spurs outrage
EDITORS' PICK
Get exciting deals and discounts when you download the new McDonald’s App
Batangas execs, Taal evacuees thank House; hopeful on rehab efforts
SM continues to send relief assistance to remote towns in Batangas
PAL: Passengers with flights to parts of China may request for refund, rebooking
5 years after Mamasapano, son of fallen SAF 44 trooper remembers his ‘idol’
‘A greener, cleaner tomorrow’: A how-to guide for Filipinos who want to help with today’s energy crisis
MOST READ
Taal’s sulfur dioxide emission increases
Seized food items from China tested positive for ASF–BOC
No time for revelry; Tagaytay instead plans for alert level 5
Dina Bonnevie on Coney Reyes: We have forgiven each other
Don't miss out on the latest news and information.