Kathy Griffin buys back her own library | Inquirer Entertainment

Kathy Griffin buys back her own library 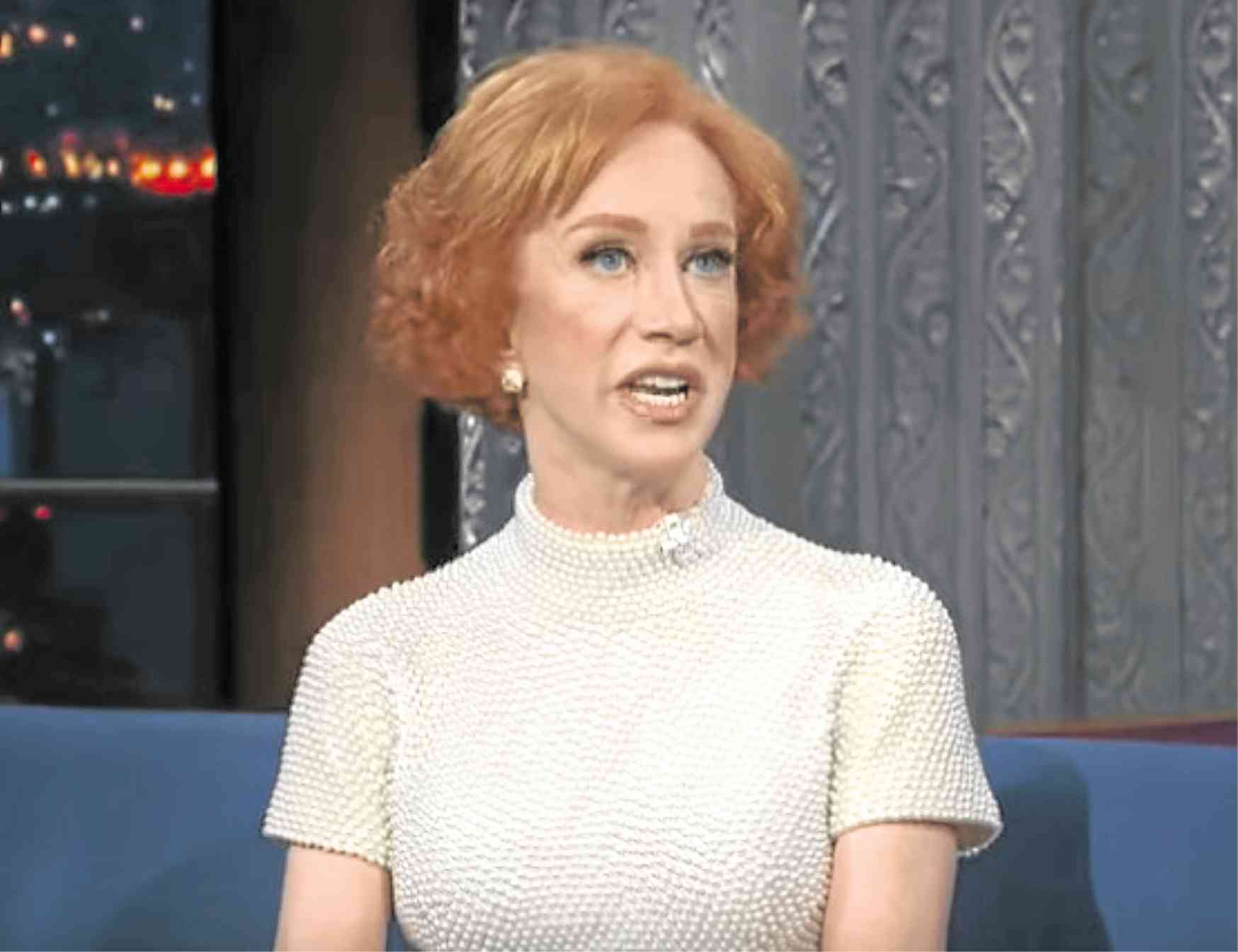 Kathy Griffin, who received backlash for holding a Donald Trump mask covered in ketchup in a photo last year, had a career-changing ordeal after the President’s followers attacked her online, she recently told Stephen Colbert in “The Late Show.”

“I was in the middle of a 50-city tour, and within 12 hours, I had not one single day of work ahead of me,” Griffin, an Emmy and Grammy awardee, recounted. “So I’ve been digging myself out of this rabbit hole for the last year and a half.”

Apart from receiving death threats and losing shows, she was publicly rebuked by then-friend, news anchor Anderson Cooper. Griffin told Colbert, “Mr. Cooper said I was disgusting, and I lost about 75 percent of my friends [who] never came back. It was hard.”

But she “made lemons out of lemonade”—Griffin wrote new material and went on tour outside of the US. She eventually had a sold-out show at New York’s Carnegie Hall early this year. She also announced that she “quietly spent the last couple of years buying back my own entire library.”

“I’m not going to make a bunch of money but I wanted to do it as a statement,” Griffin declared. “You can get ‘My Life on the D-List,’ all my 23 specials, my talk show [‘Kathy’] on iTunes … I now own everything I’ve ever done—so it’s not owned by some dude or some old white dinosaur!”—OLIVER PULUMBARIT