Robin Wright on starting a ‘revolution’ 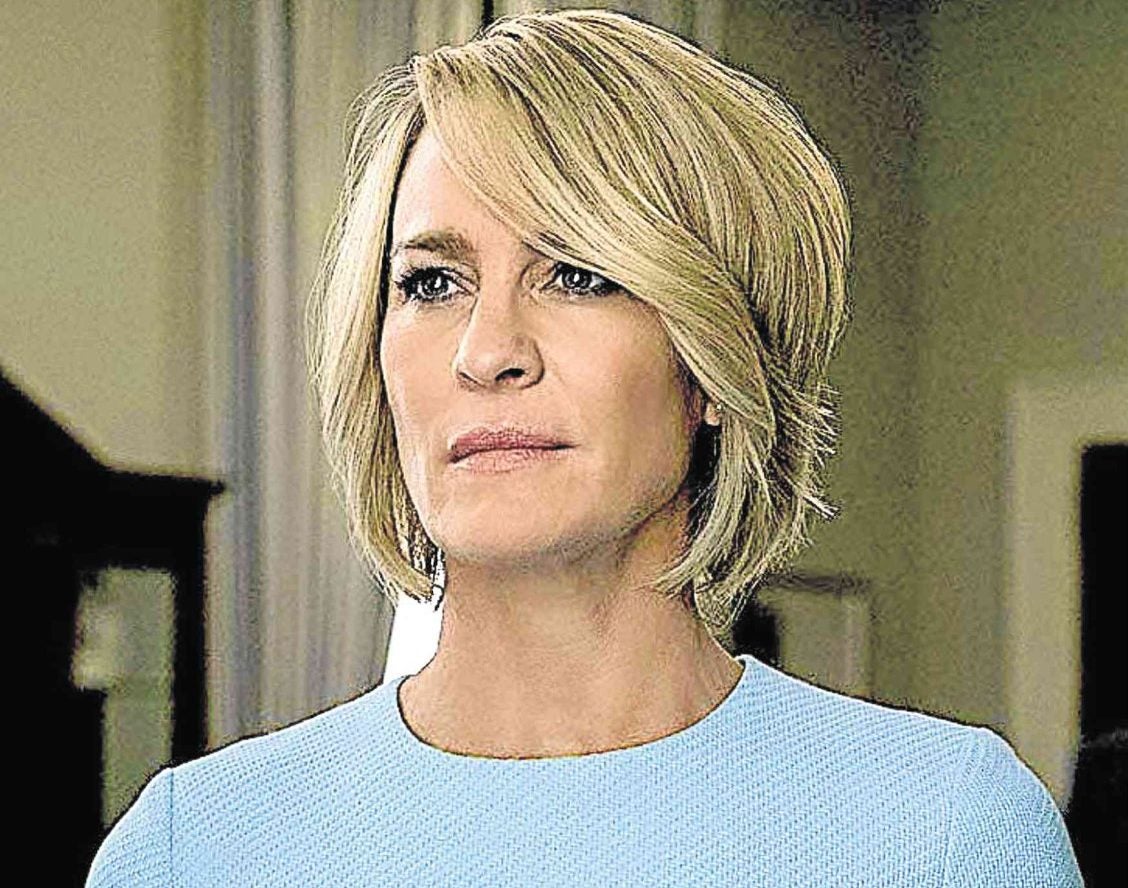 SINGAPORE—Robin Wright has been getting nothing but accolades since she began portraying Claire Underwood in “House of Cards,” opposite Kevin Spacey. But, the first time the acting gig to play Frank Underwood’s better-half was offered to her six years ago, the 52-year-old actress told director David Fincher she wasn’t really interested in “doing TV.”

“I did a lot of soap operas when I was younger,” Robin, who is also one of the series’ directors, told journalists in Singapore during Netflix’s See What’s Next Asia slate event last month. “In 2013, film and TV were still considered two separate entities—and [my goal was] to act in the movies.”

But, times have drastically changed since then. She mused, “I’m thrilled that we have accomplished our goal—which was to make the most conniving, maneuvering, scheming couple we could in politics—and that we were able to finish the show as intended.

“I remember the way David Fincher proposed the idea for ‘House of Cards’ in 2012 to me. He said, ‘Do you want to do a TV show?’ And I said, ‘No, I don’t.’ But, David educated me by proving [we could blur the lines] between the two distinct entities. He said, ‘It’s a movement. Don’t you want to be a part of a revolution?’

“Now, I’m excited to hear what everybody thinks about ‘House of Cards,’ because the last season [without Frank/Kevin] is very different. The series has changed the way television is perceived. It’s a new form of watching shows. And I’m very proud to have been a part of the show that changed the way how viewers consume TV.”