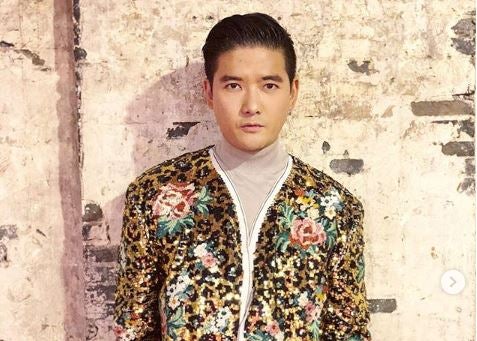 Host and entrepreneur Tim Yap recently received flak from fans of Korean girl group Momoland over his remarks to some of the members during their fan meet and greet last Dec. 3 at the ABS-CBN Vertis Tent.

Clips from the event surfaced on social media, showing the girls on stage during what appears to be a “What’s Inside the Box?” game.

In one video shared by a Momoland fan account (@MerryForevs) on Dec. 3, member Taeha can be seen jumping around giddily on stage during the game and telling the audience she loves them. Yap, who served as the event’s host, can be heard in the background saying, “Sira na ulo.”

In another video shared by another fan account (momolandeu) via Bridgettemcbride on Dec. 4, Taeha and Nayun can be seen still playing the game. Nayun, at one point, screams and runs away after inserting her hand inside the box.

Many Momoland fans have since taken to Twitter to call out Yap for his remarks and air their disappointment.

“We are very disappointed at you Tim Yap for disrespecting the girls,” one Twitter account (@SailorYeonwoo_) wrote on Dec. 4. “Do you really need to say ‘Anong nahithit mo? To Taeha! And saying siraulo to the girls?!”

We are very dissapointed at you Tim Yap for disrespecting the girls Do you really need to say "Anong na hithit mo? To Taeha!

And saying siraulo to the girls?! Plus he doesn't know Yeonwoo, ok na sana e kaso wala kalang preno, What a shame!!

The netizen added that Yap reportedly did not know Yeonwoo, one of the members of Momoland. “Plus he doesn’t know Yeonwoo, ok na sana e kasi wala kang preno, what a shame!!”

Another, a certain Red (@bonheuminjo) wrote on Dec. 3 that it was disappointing to have Yap as the event’s host.

“Do you really need to say ‘Ano nahithit neto?’ to Taeha?! Where’s the respect?” the netizen said. “Plus he’s talking to the members in Tagalog and the worst part is he doesn’t know Yeonwoo.”

Tim Yap being the MC in momoland’s event in frontrow is kinda disappointing! Do you really need to say “Ano na hithit neto?” to Taeha?! where’s the respect?

Plus he’s talking to the members in tagalog and the worst part is he doesn’t know Yeonwoo.

Meanwhile Yap, on his end, has since taken to his Twitter to sincerely apologize to the Momoland fans affected by his comments.

“I apologize for how my comments might have affected Momoland fans. In the venue you could feel how much fun we were all having, including the members of the group,” Yap explained. “Everything that we said in English and Filipino was immediately translated to Korean.”

Yap also understood how his remarks could have been misconstrued from the short clips that circulated on social media, but he clarified that “there was no malice or any negative intention from my part.”

Moreover, he promised that he would host programs in full English when it comes to international artists.

“I’ll make it up to you this time,” he said, as he asked for suggestions from the fans. “Comment below how I can make it better for all of you. I am sorry.”  Cody Cepeda /ra

Momoland to hold fan meeting in Manila in 2019