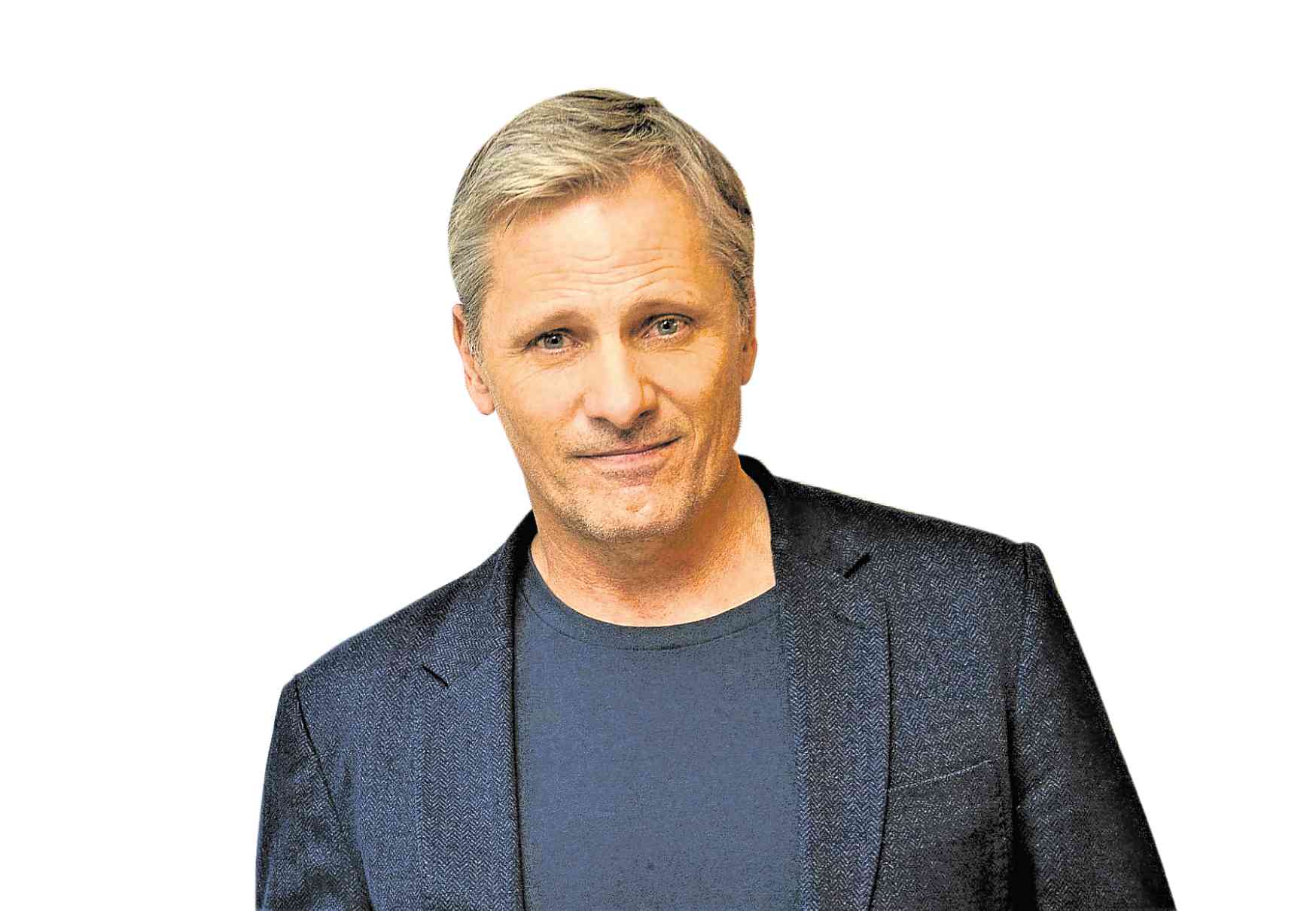 LOS ANGELES—Viggo Mortensen is considered by some awards prognosticators as this season’s best actor front-runner for his performance in director Peter Farrelly’s “Green Book.”

Viggo and Mahershala Ali (who is also regarded as a front-runner but in the best supporting actor category) are engrossing to watch as polar opposites thrown together in a car as they drive in the deep South for a concert tour.

“Green Book” is based on the true story of an African-American classical and jazz pianist Don Shirley (Mahershala) who hires a burly Italian-American bouncer from the Bronx, Frank Anthony “Tony Lip” Vallelonga, to be his driver and bodyguard.

This was the turbulent ’60s so Don knew he needed a tough white guy like Tony for the eight-week car journey through the South. The film’s title comes from “The Negro Motorist Green Book,” a guide for blacks on which motels and restaurants in North America would accept them.

Tony’s son himself, Nick Vallelonga, wrote the script based on interviews with his dad, Don, and letters Tony wrote to his wife Dolores (played by Linda Cardellini) while on the journey.

Part of the joy of “Green Book,” deemed a best picture contender in this awards season, is watching the initial clash and then the growing friendship between Mahershala’s refined, erudite musician and Viggo’s tough guy bouncer. Nick had the story for 25 years but he respected Don’s wish that the film about him would not be made until he passed away.

Ironically for a film about the friendship between two guys—one white, the other black—a controversy erupted when Viggo used the racial slur, the N-word, during a conversation moderated by film critic Elvis Mitchell following an LA screening of “Green Book.” Talking about hate speech, Viggo uttered the N-word as an example of what’s no longer used in regular conversations.

Viggo immediately apologized and said, “Although my intention was to speak strongly against racism, I have no right to even imagine the hurt that is caused by hearing that word in any context—especially from a white man. I do not use the word in private or in public. I’m very sorry that I did use the full word last night and will not utter it again.”

Mahershala accepted Viggo’s apology but he said in his response, “However well-intended or intellectual the conversation may have been, it was not appropriate for Viggo to say the N-word. He has made it clear to me that he’s aware of this, and apologized profusely immediately following the Q&A … Knowing his intention was to express that removing the N-word from your vocabulary does not necessarily disqualify a person as a racist or participating in actions or thoughts that are bigoted, I can accept and embrace his apology.” 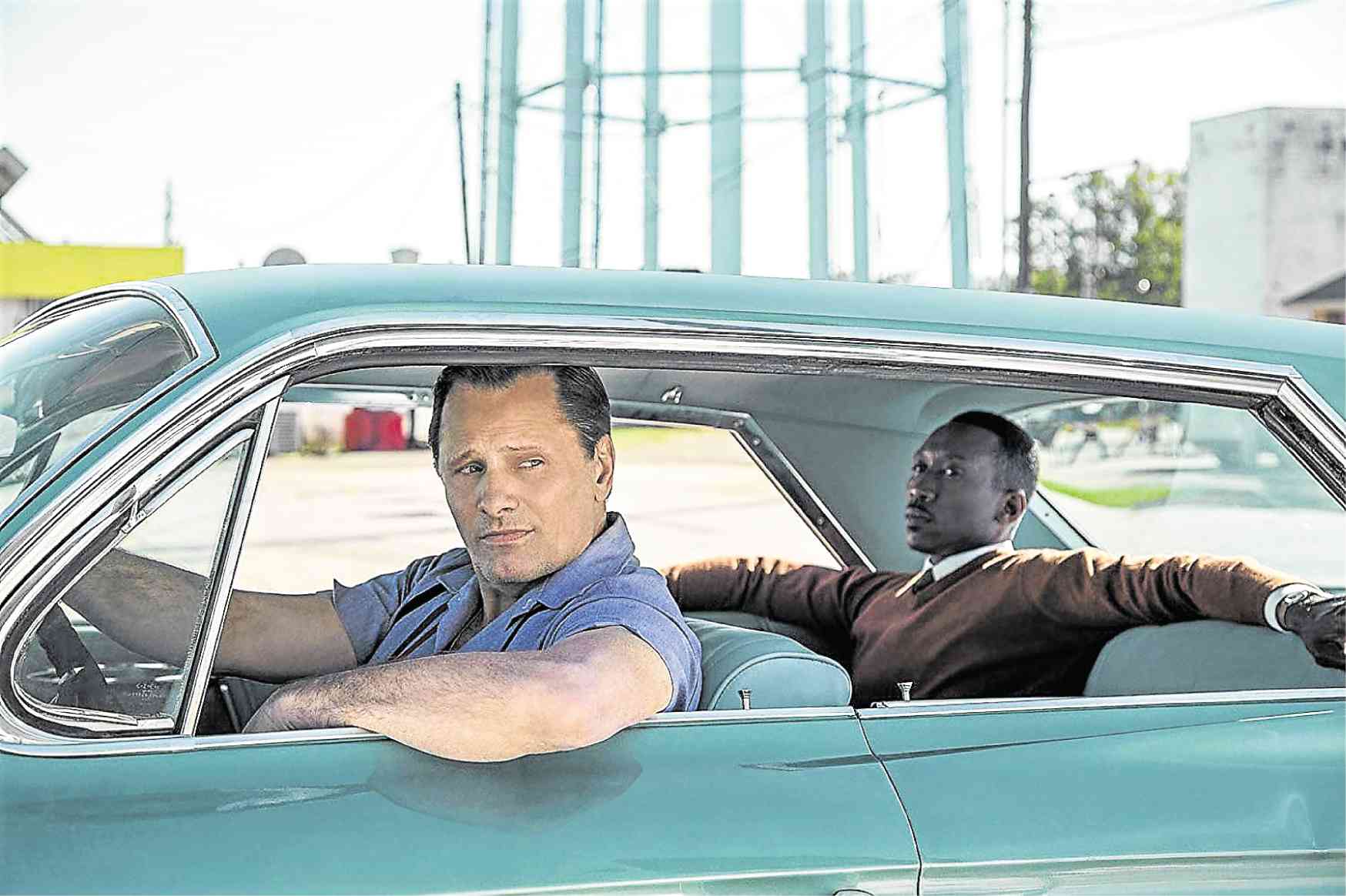 How much weight did you gain for this role? And did you actually enjoy suddenly eating all that food? At first, I really enjoyed it. It was fun. And the food was good. On the set as well, the food that we had to eat in the scenes was really good.  After a while, I got tired of it because I realized I had to keep eating that amount just to maintain the weight. I would come back to the set after a weekend and I had gone back to eating normally for two days.

On Monday morning, the costume people would say, “Your pants are a little loose (laughs). You need to pick up the pace. Have a couple more donuts or whatever. Have an extra pizza this time.”

And so my technique, which is a horrible thing to do, health-wise—I wouldn’t recommend it to anyone—was to have a big meal with dessert or a couple of desserts just before going to bed. You are not supposed to do that. That was the only way I could keep my weight to that level—it was like a gain of 40, 45 pounds.

But that was just one part. I wasn’t just eating but also lifting weights and having a certain type of bulky body because it was right for the character.

Was it also easy to lose the weight? No (laughs). That was a lot harder and a lot less fun. I guess also because I am not 20 years old, so it’s a little slower to lose weight.

You gained weight. But how did you get to the essence of Tony Lip? The trickier part was getting the voice, tone and body language. I didn’t want to do a caricature.

I got a lot of help from Nick Vallelonga, one of the writers—the guy who had the story for 25 years and brought it to Brian Hayes Currie (cowriter and producer) and Peter. Nick promised Don Shirley that he wouldn’t, out of respect, tell the story in the movies until Don had passed away. Don endorsed the story and said, “Yes, it’s true and these things that Tony Lip told me about were true.”

Don added some more information, but as you see in the movie, he was a discreet person, a very private person and he was not someone who was out in a big way. He did not want these things discussed or shown until he was gone.  Tony and Peter respected that.

In meeting Nick and his family, I got to talk to them and they were very generous in showing photographs and recordings, including those where Tony talked about this trip with Don Shirley. I shared many meals and I visited with them and half the family is in the movie (laughs).

Love letters play a significant role in the movie. When was the last time you wrote a love letter by hand? I have a better vocabulary than Tony Lip (laughs). So it’s a little easier to write them.  But the main thing is to be sincere. That is a real love letter if you are sincere.  As Tony would put it, you can bulls**t people but eventually, they are going to figure it out just like you see in the movie. Dolores (Tony’s wife) figures it out—this couldn’t possibly be all Tony.

How was your experience working with Mahershala Ali? He was fantastic. He was wonderful. Obviously, he is a really fine actor.

Peter was sure that I should play Tony Lip and I said, “OK, and who is playing Don Shirley, because he is going to be my partner most of the time?” Peter said, “I hope it’s going to be Mahershala Ali. I am going to meet with him.” I said, “He is a gentleman, very intelligent, very sensitive and a very thoughtful person. He is wonderful, and he’s a great actor.  So if you can get him to play the part, there is a possibility that the movie could be as good as the script.”

Because if you look at the script, it’s really great dialogue, but most of the time, it’s two guys in a car, which could be really boring. But it was fantastic from the moment we started.