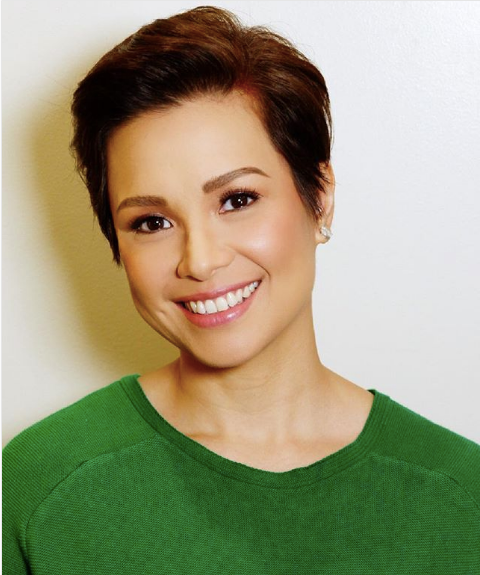 Lea Salonga believes that when you go to the theater, you should abide by the rules.

The Tony Award-winning actress-singer got irked at some theatergoers for breaking one of those rules: taking photos. This she expressed on her Twitter account on Monday, Dec. 3.

Salonga called out some audience members who took photos while watching the production of “Waitress”—top-billed by Joanna Ampil—held at the Carlos P. Romulo Auditorium, RCBC Plaza, in Makati City.

“Haaaaaaay, you idiotic photo takers breaking the rules at #WaitressMNL,” she expressed. “Nakakahiya kayo (You are shameful).”

She added that the head usher took screenshots of the erring theatergoers’ social media accounts, in which they shared the photos. “…(one in particular had the gall to use the official hashtag). Talino (Very bright),” Salonga stressed.

Haaaaaaay, you idiotic photo takers breaking the rules at #WaitressMNL. Nakakahiya kayo. The head usher has taken screenshots of your accounts and corresponding photos (one in particular had the gall to use the official hashtag). Talino.

Some netizens shared Salonga’s sentiment, such as Joanabee (@Joanabells23).
“May pambili ng tickets, pero walang etiquette… libre naman yun ah? (They have money to buy tickets, but have no etiquette… which is free),” she said.

Meanwhile, Malou Wang (@tjrerk) shared that those who violate rules should be escorted out of the theater. She cited Japan as an example, where people are not allowed to bring out their phones or cameras, even to those performances outside malls.

And Alex DL Cruz (@fresh_boyx69) thinks that organizers “should ban and safekeep smartphones in all theater and play venues.”

In the past, Salonga was vocal about being strict in following the rules. Previously she, along with Jim Paredes and celebrity photographer Raymund Isaac, rebuked some “rich, affluent” moviegoers illegally recording “Crazy Rich Asians.”  /ra