Daniel Padilla becomes reflective, says Filipinos are the problem: Change starts with ourselves 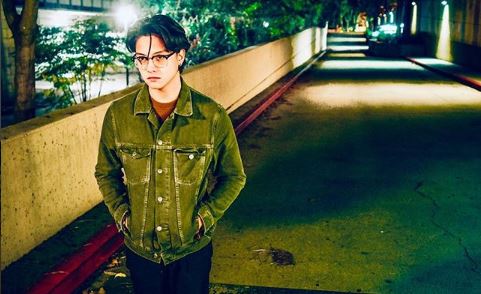 Daniel Padilla’s latest post on social media carried with it a heavy message that compelled his fans to think deep and engage in a more serious conversation that concerns not just their favorite celebrity, but the country and the entire Filipino people.

In Padilla’s Instagram post last Dec. 2, he shared a photo of him posing by a stop sign in a dimly lit street, looking pensive as he stared ahead.

Padilla’s short, but strong message has garnered over 400,000 likes since the time of posting and earned the agreement of his manifold fans who each shared their sentiments.

“Tama ka diyan primo @supremo_dp tayo ang problema at tayo rin mismo ang magiging solusyon ((You are right, we are the problem and we are also the solution)!” a certain Martin (@waasuupmartin) wrote. “Tulong tulong lang dapat @supremo_dp (We must all help each other).”

(Exactly brother! Together! Let us fix this, they are just waiting for us). 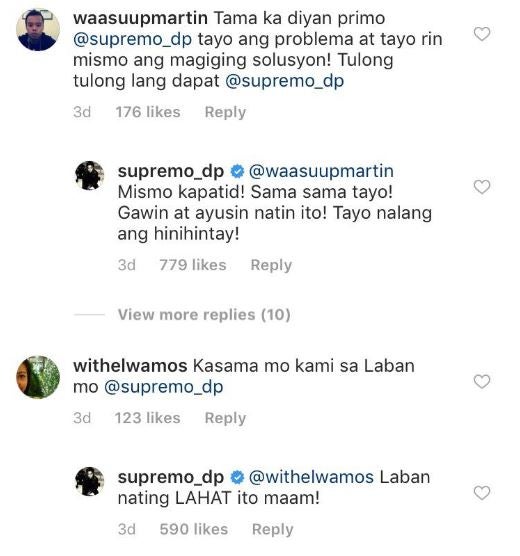 Meanwhile, Padilla told another netizen (@withelwamos) that the fight is everybody’s, not just his.

One Vean (@veanxmauds) wrote that if those “above” them cannot help the Filipinos, then it would be more apt if the people instead help each other to make the country better.

(We are the problem, let us not depend on others if we know that we can do it ourselves. Let us strive for the betterment of the country. Change). 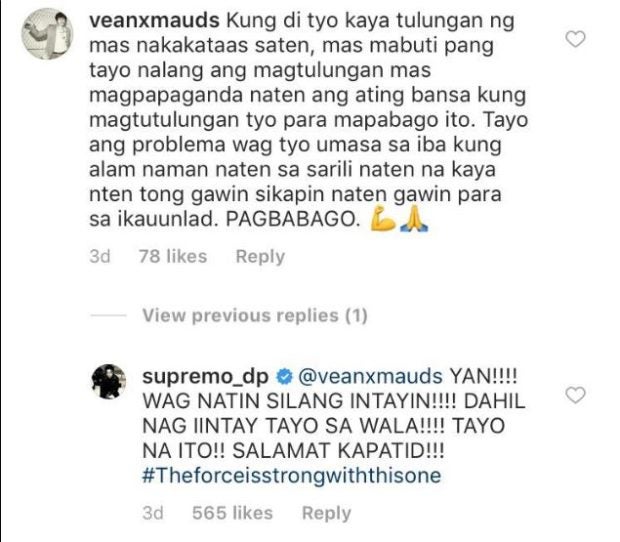 Padilla was fervent in his reply. “@veanxmauds YAN!!! WAG NATIN SILANG INTAYIN!!!” he said,  without specifically saying which “them” he was referring to. “DAHIL NAG IINTAY TAYO SA WALA!!! TAYO NA ITO!!!”

(Yes! Let’s not wait for them! Because we are waiting for nothing! This is us!)

Padilla also told a netizen (@wthaimaa) that change starts from within and called for them to start with themselves.

(Fix one’s self. Change is the point here. It fits you. Start too). 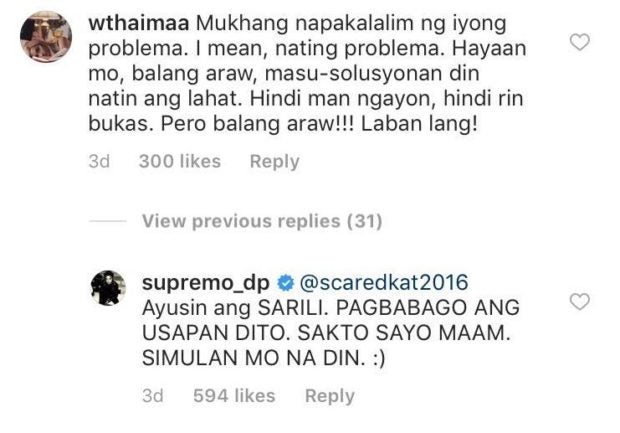 It was not just Padilla’s fans who resonated with his important message. Talent manager and columnist Lolit Solis took to her own Instagram on Dec. 4 and agreed with Padilla’s sentiments.

(Filipinos are the problem, not the Philippines. I  accept that there are many failures, such as security, traffic, corruption, dirty streets, fraudsters, but Daniel is right, it is in the person).

For Solis, what Filipinos need is discipline and it must start from the self.

(Why can’t we do it? Start and surely others will follow. Do it right and surely many will appreciate and emulate it).  /ra