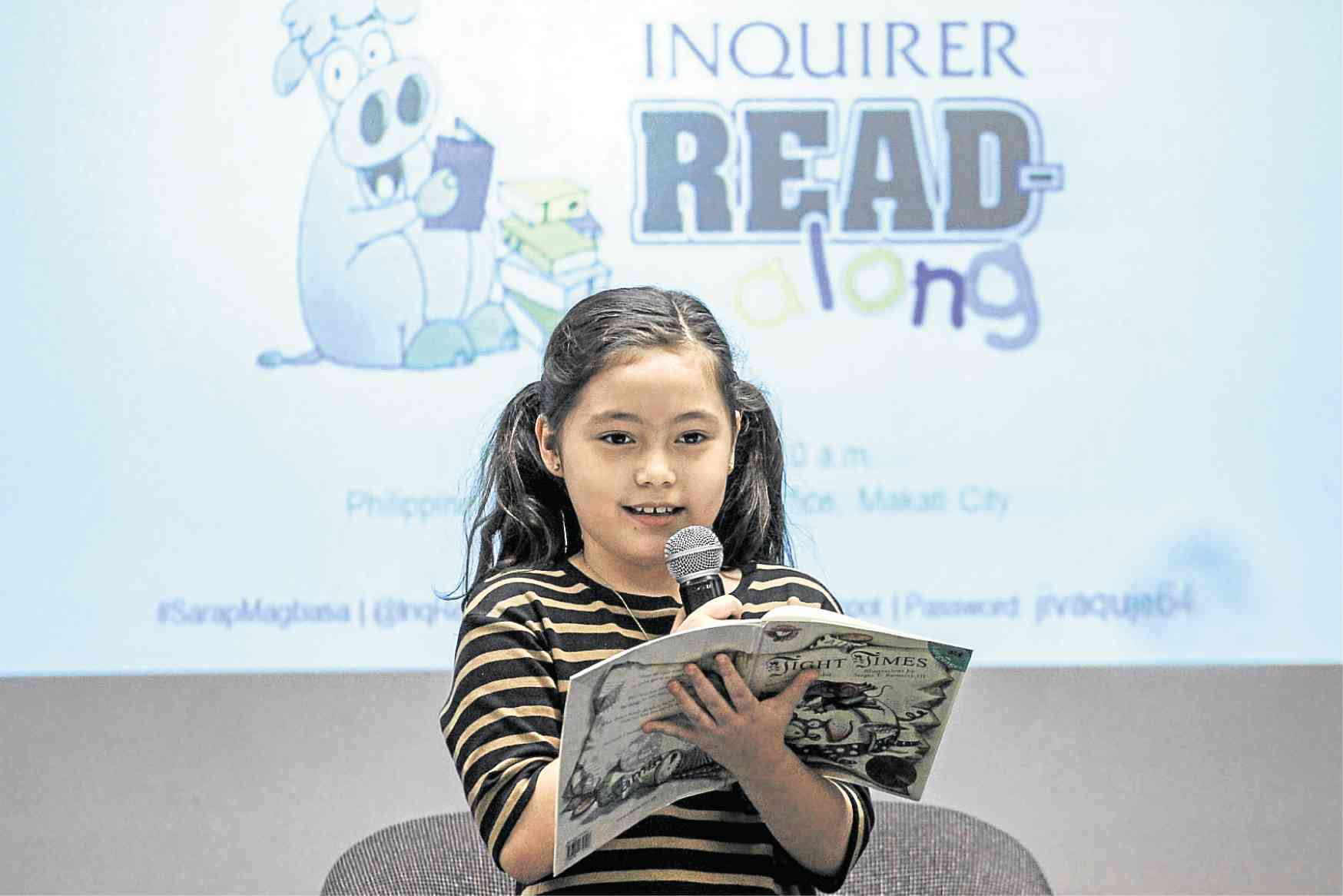 For 8-year-old Angelica Ulip, the most challenging part about being an actress is to be able to cry on cue.

“You have to know how to internalize,” said Angelica, who has been acting professionally since she was 3.

Angelica was Inquirer Read-Along’s celebrity storyteller during the special session held on Nov. 24 at the PDI office in Makati City. She read to some 80 kids from ages 7 to 12.

“You have to be able to feel the scene deep in your heart. Believe that you and your character are one,” Angelica said when asked for pointers for kids like her who are aspiring to make a name in the industry.

“For example, my character in (the drama anthology) ‘Magpakailanman’ was abandoned by her father. I imagined that actually happening to me, and that really made me cry,” said the child actress.

Angelica started working as a model for print and TV commercials at age 2. When she was 4, she was offered to play the daughter of Tom Rodriguez and Carla Abellana in “My Destiny,” on GMA 7. She has since appeared in other Kapuso shows like “Langit Lupa” and “Ika-6 na Utos,” and in the short film, “Caramel Child.” She will soon be seen in the full-length comedy flick, “Ang Sikreto ng Piso,” when it hits cinemas on Jan. 30.

Angelica’s mom Jane said the child continues to study in a conventional setup, despite her busy work schedule. “She’s able to adjust to the long taping hours. She wakes up at 5 a.m. to go to school. She hates being absent,” said her mom, Jane. “I keep telling her to give up work, but she doesn’t want to. She promises to make sure work and school are balanced.”