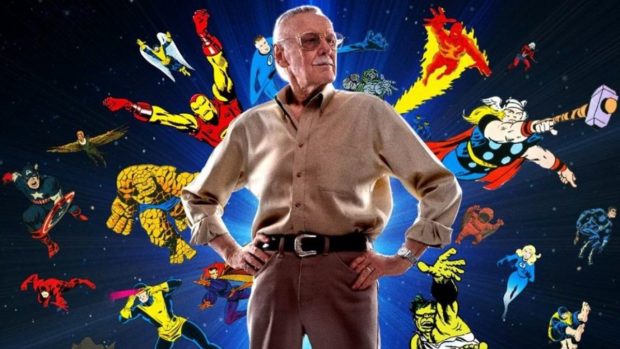 How can you sum up someone’s career in the comic book industry that started as early as the 1940’s before it crossed over to popular entertainment? The answer is you don’t.

For me, Stan Lee will forever be the man behind Marvel Comics.

Stan Lee single-handedly created and also co-created alongside legendary comic book artist Jack Kirby the greatest comic book super heroes and super villains the world will ever have seen and get to read about in comic books.

If it were not for Stan Lee, almost all of the Marvel comic book characters you have been reading in the comics and watching on the big screen would never have existed. I know so well Captain America, The Mighty Thor, Namor The Submariner, The Incredible Hulk, The Invincible Iron Man, The Amazing Spider-Man, The Uncanny X-Men, Avengers, The Fantastic Four, etc. because I have been avid comic book collector since the early 90’s!

The list of Stan Lee’s phenomenal characters goes on and on. He truly created enough comic book characters to last multiple lifetimes for Marvel fans going from one generation to the next. His legacy will forever be cemented in the annals of our history as human beings and that enduring legacy goes well beyond the pop culture realm but importantly into our daily lives. Yes, that is how much Stan Lee’s Marvel Comics have affected our lives. His legacy is permanent. It is ever lasting. It is forever.

For me, Stan Lee is the Father of Comics. In fact, he was much more than that; he is a “father figure” for all of us comic book nerds way back even before it was deemed to be cool to be one. Stan Lee helped change the notion of close-minded and uninformed people who would judge negatively those who collect and read comic books. We were no longer geeks. He guided us in many ways when it came to becoming a massive comic book reader and collector. He is the man!

And, people like me will forever be thankful and grateful to him because without him the world would have been a much darker, lonelier, and scarier place to be in. His super heroes gave us the inspiration, the motivation and that “inner fight” to survive our daily struggles in life. He took our mind away from the stress each time we opened and turned the pages of a Marvel Comic book. Stan Lee let our mind escape into the marvelous worlds that he created because Stan Lee himself, first and foremost, was a comic book artist. In fact, and remember this always, Stan Lee and Jack Kirby were the very first comic book artists of Marvel Comics.

I believe that deep down all of us, we would like to possess powers and abilities that would enable to web-swing from building to building; shoot beams from our eyes; to be a telepath; to be able to project energy bursts from our hands; to phase through solid matter; to absorb the powers of other people; have the gift of flight; have retractable adamantium claws with the healing ability, of course, included; and to be able to have super strength to lift and throw away literally and figuratively the hurdles we encounter in our lives, whether man-made or not.

Reading Marvel Comics made me think and dream that supernatural powers and abilities are possible and having thoughts like that did fill my mind with wonderment because once you read comics on a regular basis as I do it does bring you into a different realm… A world far, far from ours. And that is one of the greatest things about comic books… they afford us an escape from a humdrum reality.

To the man, Stan Lee. Thank you from the bottom of my heart for making me believe that super-heroes do exist in our world because you are a perfect example of one. I am just one of the countless people from all over the world who want to thank you for the gift you have bestowed upon millions of people since the early 40’s when you created Marvel Comics and the comic book characters in them. And, as my generation grows older, we will pass on our precious Marvel Comic Books to our loved ones who represent the next generation and tell them stories that will be etched in their hearts and fill their world with fantasy, lore, and imagination… the very qualities that you, Stan Lee, possessed and will always be remembered for.

You may be gone but each time we open the pages of a Marvel Comic book and watch a Marvel movie, we will fondly remember and think of you, Stan Lee. Through these comics and movies you will live on forever in our hearts.

I know God right now is marvelling upon, and is so pleased, to be with one of His greatest creations. That is you, good Sir, Stan Lee!