Diego Luna talks about ‘Narcos: Mexico’ and the war on drugs 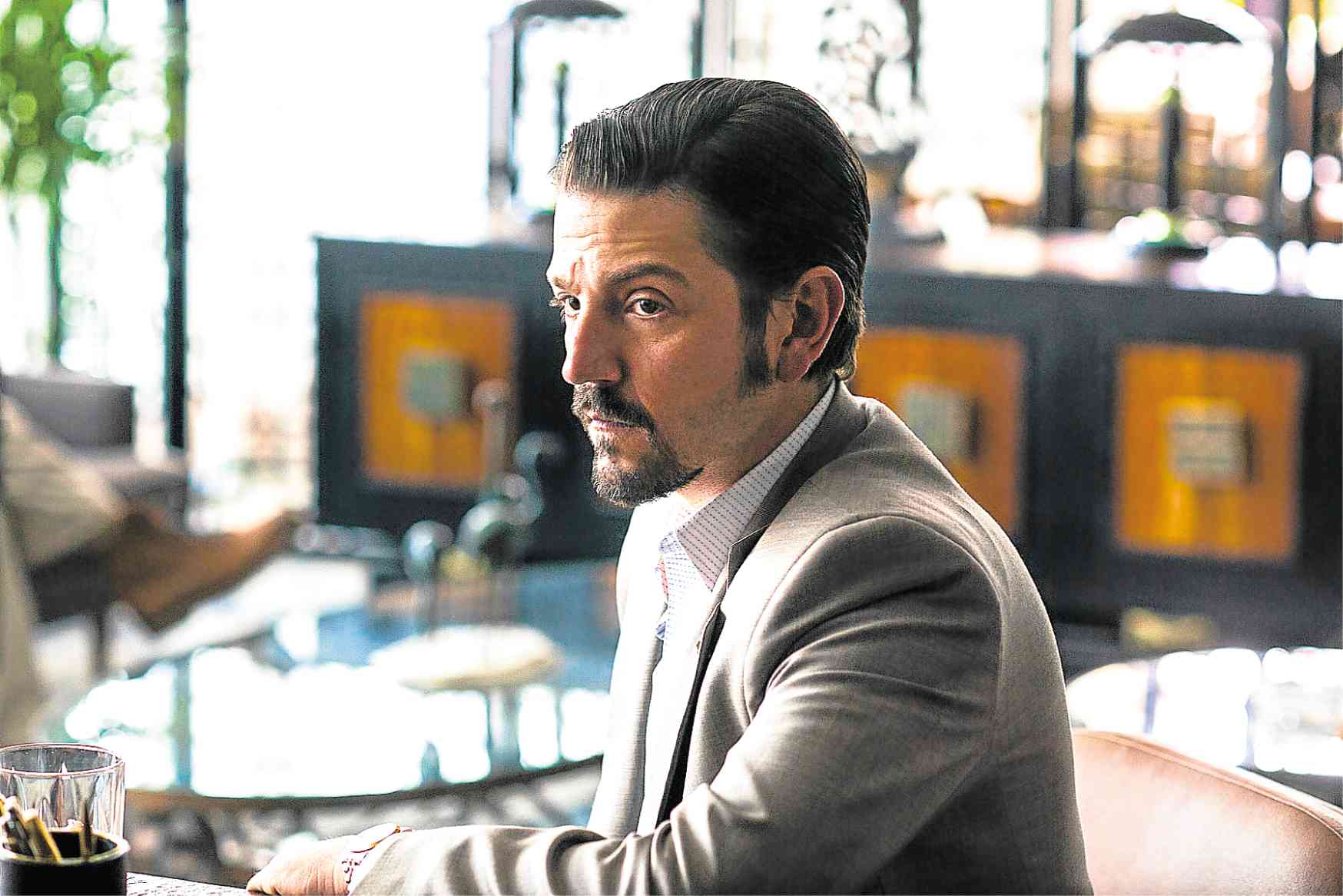 In the ’80s, El Padrino, as Felix’s friends call him, along with his weed-growing and drug-peddling partners, controlled almost all of the drug-trafficking activities in Mexico. But, his cartel’s reach and influence were widespread because the “conglomerate” also shipped marijuana and heroin from Colombia’s Medellin and Cali Cartels by way of the US-Mexico border.

Diego Luna, who plays the charismatic Felix in “Narcos: Mexico,” said during his recent visit to Singapore that it’s been a while since he last appeared in a TV series.

“Actually, it’s my first time to do a TV show that’s staged in a ‘modern’ way,” the charming 38-year-old actor disclosed in a panel discussion held at the swanky Marina Bay Sands last week. “I used to act in many TV serials that were popular even in the Philippines. But, the last telenovela I did was when I was 19 years old, many years ago—which makes me feel really old now (laughs).”

For the boyish-looking 38-year-old actor known for his portrayals in Alfonso Cuaron’s “Y Tu Mama Tambien” and Gareth Edwards’ “Rogue One: A Star Wars Story,” the popular series presented an alternative way of telling stories that felt appropriately—and refreshingly—“collaborative.” 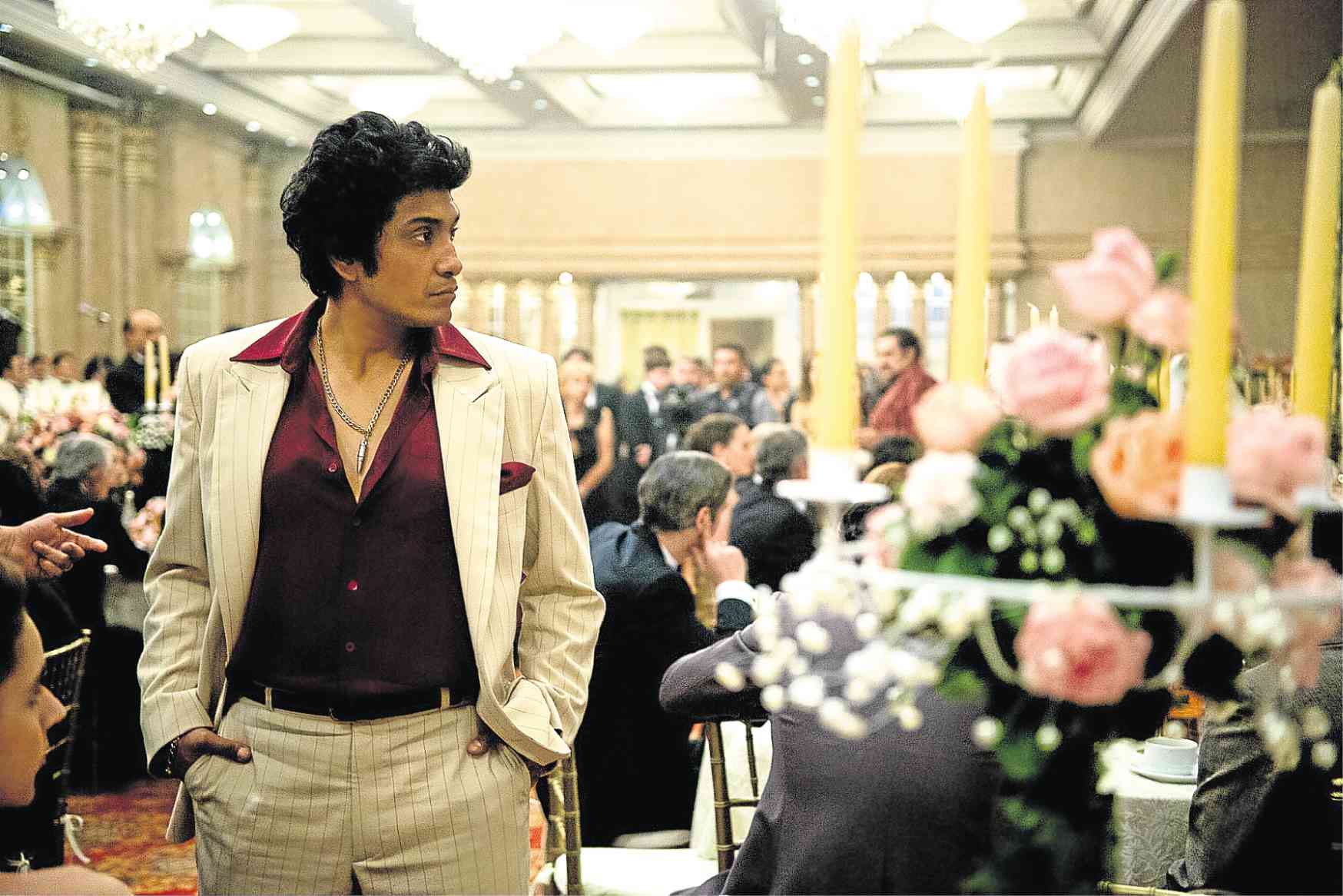 Diego explained: “It took me a while to get used to the process but, with showrunner Eric Newman and the series’ four directors around, I found the [movie-style] approach quite fascinating.”

As insightful as it is edge-of-your-seat riveting, “Narcos: Mexico,” the fourth season in the acclaimed franchise that will be streamed on Netflix starting tomorrow, examines the origins of the modern war on drugs by going back to its roots, as it follows the rise of the Guadalajara Cartel with Felix at the helm.

The small-time marijuana dealer-turned-cocaine kingpin manages to convince the warring factions of Mexico’s disorganized confederation of independent growers and dealers to come together and build an empire that has politicians, government officials and drug enforcement operatives in its pockets—but not if DEA (Drug Enforcement Agency) agent Kiki Camarena (Michael Peña) has a say in it! 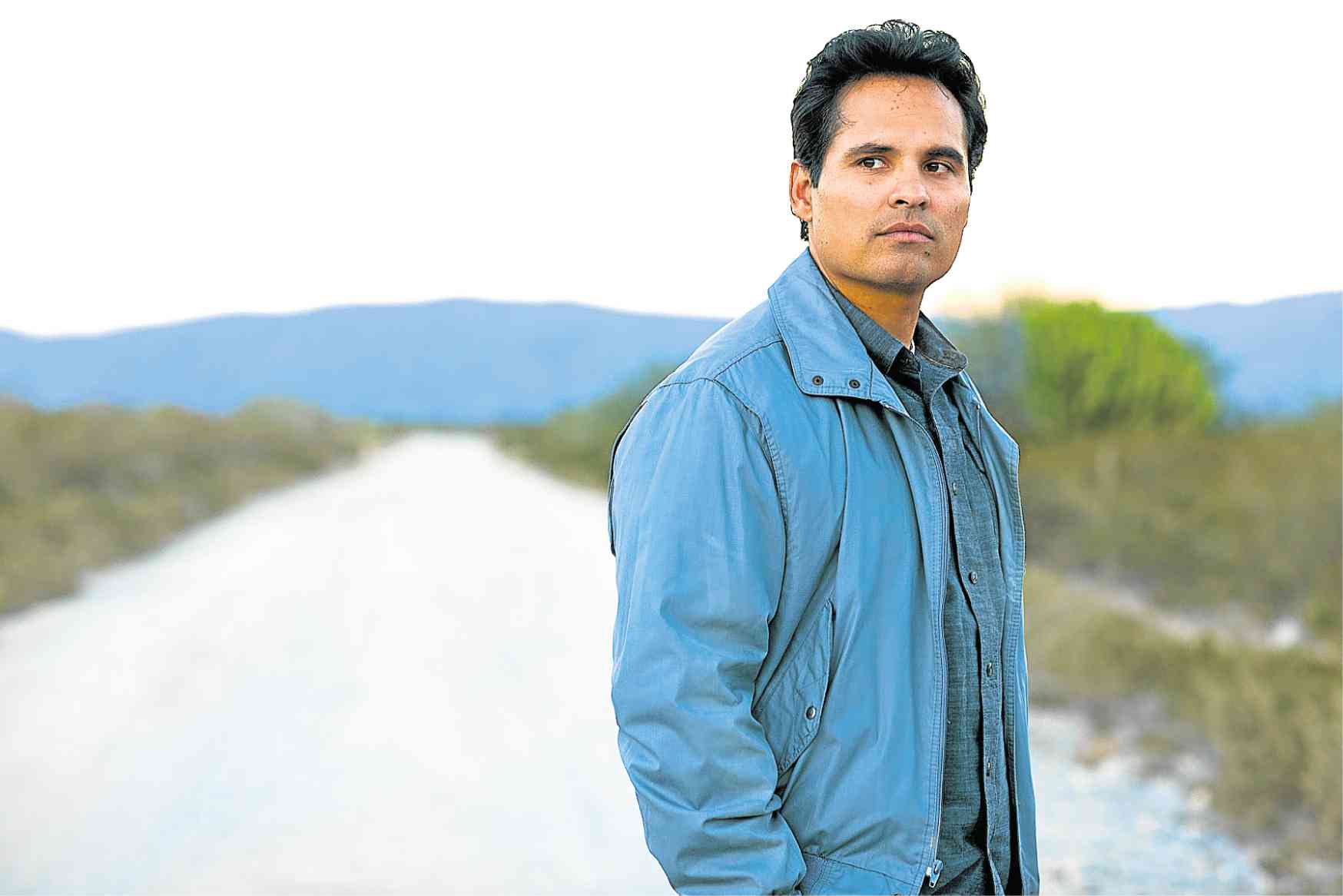 Thereafter, a tragic chain of events unfolds—along with some jaw-dropping surprises, you can take our word for it—that will keep viewers on the edge of their seats.

Here’s the Q&A with Diego:

What did you find most challenging about playing Felix Gallardo, who’s currently serving a 37-year sentence in the maximum security prison called Altiplano? Everything about it is challenging, because Felix is unlike any role I’ve played before. He’s very complex. As an actor, the first thing you do is distance yourself from your moral standards and not judge the character. Try to understand where his decisions are coming from and find “truth” in what you’re doing to create a three-dimensional character.

Humanizing a character is important when you’re playing a guy who is well-known for having done some very bad things to society. You need to analyze situations from his perspective—which is difficult to do with a character like Felix.

It was likewise difficult for me to deal with the level of violence depicted in the show because I’m not a violent guy. I’ve never even been in a fight! I like boxing, but I suffer as I watch those matches! I go, “Nooo!”

It was a lot of fun seeing how the show has managed to recreate Mexico in the ’80s. I was born in 1979. I was really young when these things happened, but it wasn’t difficult for me to connect with all of it.

We aren’t pretending to do a documentary. We fictionalized many of the events in the story, but as with many films, there are artistic licenses you take [to make everything clearer] that would hopefully encourage viewers to dig a little deeper about its history—to read books and watch documentaries about it, because there are things docus can show that films can’t.

How do you react when people say that “Narcos” paints a negative picture of Colombia or Mexico? Well, they’re right! I’m not proud of that part of my country’s history at all—I respect anybody’s position or comment about the series.

The only one I don’t respect is anybody who says, “Oh, don’t talk about that anymore, please.” I live in a country that’s going through a war on drugs, where many people have died because of that reality.

To understand the present, we need to revisit our past. It’s important to discuss the case of Kiki Camarena because it helps you understand why the relationship between the United States and Mexico is polarizing, and how much involvement you find from either side of the border—which is something the series explores.

It’s not just another case of a bad guy creating so much mess—it’s a story about a system that has allowed this huge mess to happen. So, yeah, I agree that “Narcos” is not a series that makes you go, “Oh, look, I love Mexico!”

But, there are other stories about Mexico that show its beautiful side and its rich culture.

One project cannot tell you everything about a country. 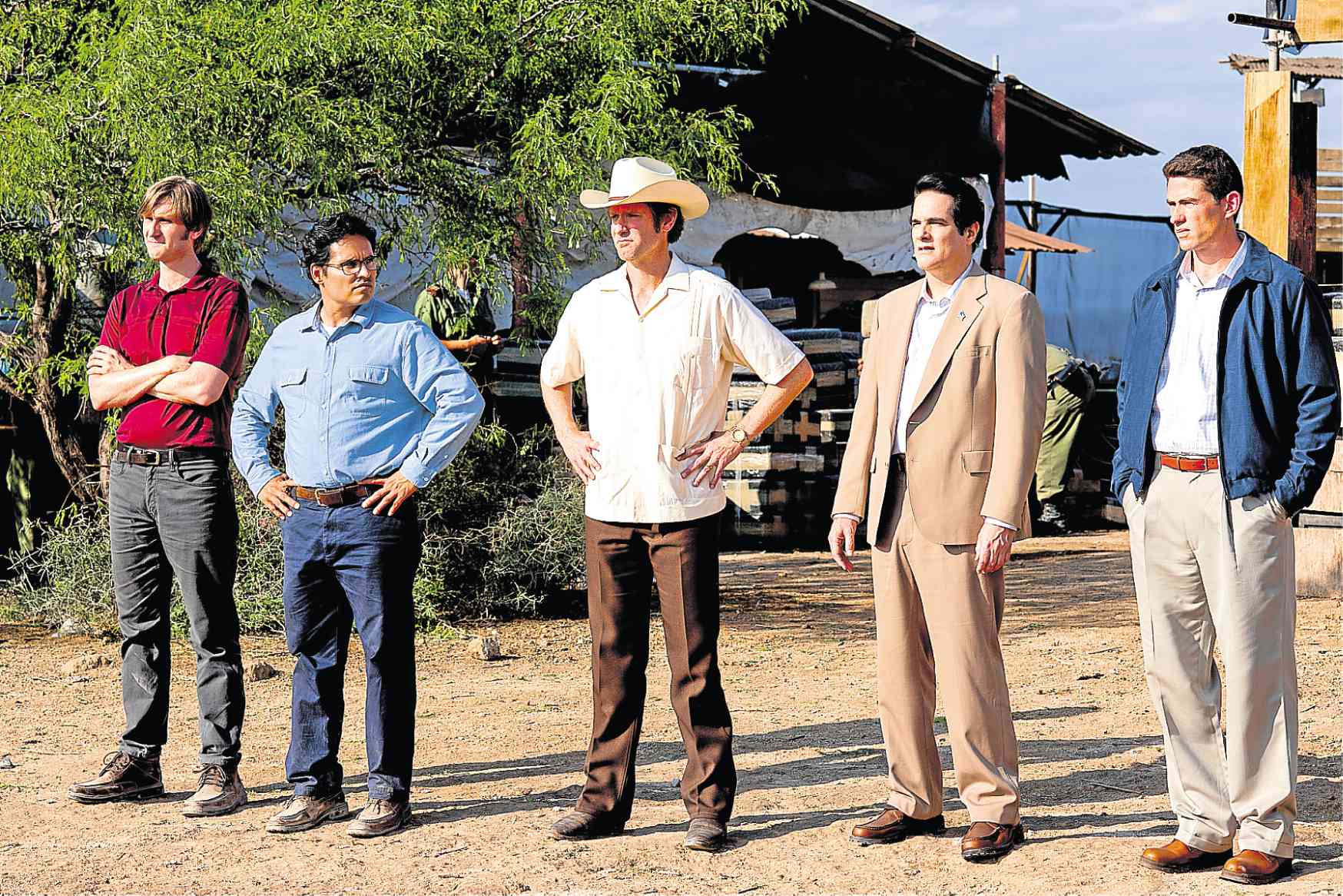 Please tell us more about Felix Gallardo. When you study the story of Felix and the rise of the Guadalajara Cartel in the ’80s, you realize how much ahead of his time he was from everyone else.

He was smart and driven, and he provided what was needed [to get things done].

In his heyday, he was more of a businessman—he was always one step ahead of everyone else. He saw an opportunity, and he grabbed it! Before he knew it, he was already in charge of the whole system!

But, [after all is said and done] Felix is merely the middleman [in this cautionary tale]. The series isn’t just about the good guy chasing the bad guy—nothing about its story is told in black and white.

In “Narcos: Mexico,” the main character is not Felix, Kiki, the DEA, or the Mexican and American governments; it is cocaine itself!

Read Next
Jamie Dornan hints at a musical project
EDITORS' PICK
Over 3 Million worth of prizes to be won at Smart Padala’s SENDali Manalo Promo!
Comelec division junks petition to cancel Marcos COC for president
Acer starts the year off strong with the Aspire Vero National Geographic Edition
Marcos camp ‘extends hand of unity’ after COC cancellation bid is denied
The best of bayside and city living at SMDC’s Sail Residences
PH logs 37,070 more COVID-19 cases; over 33K others recover
MOST READ
NBI foils escape attempt of Kerwin Espinosa, two others
Comelec division junks petition to cancel Marcos COC for president
Francine Diaz’s manager denies actress is being courted by Seth Fedelin
‘Not my loss’: Did Kris Aquino just comment on her breakup with Mel Sarmiento?
Don't miss out on the latest news and information.