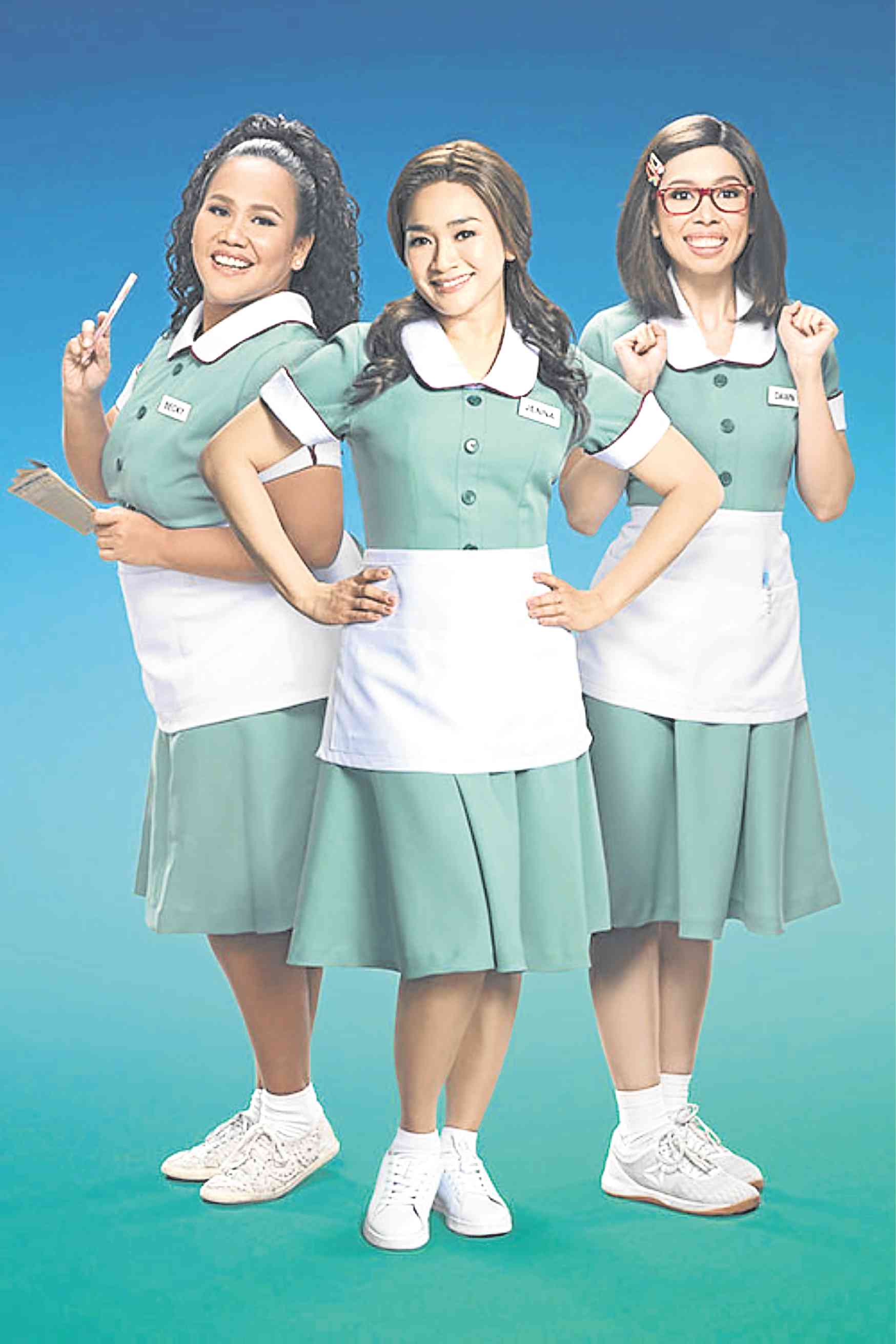 Director Bobby Garcia is at the helm of this gorgeous show with a score by Grammy winner and Tony nominee Sara Bareilles, and a book by Jesse Nelson, based on the screenplay of the same name by Adrienne Shelley.

Let’s get the review portion of this article out of the way by saying that the performances are, without exception, excellent not only vocally, but also emotionally. Every actor onstage plays his or her part with such bracing honesty that even the audience’s laughter and tears also come from a real place.

Bobby has a knack for getting to the heart of the matter, figuring out the truth of a piece he’s directing and providing the perfect playground for his actors to make that come to life.

I do have two personal standouts though, in Bituin Escalante (that woman just acts and sings from the most primal, earth-shattering place) and Nino Alejandro (in probably his most demanding and surprising role to date), with an honorable mention to Emeline Guinid in a scene-stealing turn as Dr. Pomatter’s nurse.

“Waitress” is set in a small town that could be any small town in America, which might seem initially alienating. However, and this is what makes this musical brilliant, each of those principal characters feels like someone you actually know.

Here’s the pregnant waitress in a loveless and abusive marriage, wanting to get out of this small town to make a better life for herself. There’s the other married waitress who begins an affair with the also-married diner cook, not intending to leave their respective spouses, but just to find a little sanity and happiness in the craziness of their lives. And there’s the one just looking for love, and finding it in the most unexpected of places.

Ultimately, the show could be about your aunt, your mother or your best friend. No one onstage is in any way two-dimensional; they’re all complicated. No one is a saint, no one is evil incarnate, and everyone is looking for his or her own version of “happy.”

And oh, such a high kind of “happy” they find, whether temporary or everlasting, most sweetly executed in a duet affectingly sung by Jenna and Dr. Pomatter as the former is teaching the latter how to bake a pie. Or watching Ogie declare his love for Dawn in spontaneous bursts of poetry. Or just how good a guy Joe actually is (I can’t give this away … see the show to find out why).

Each of these characters, in one way or another, is someone you can relate to, their own life experiences mirroring that of a loved one, or maybe even your own.

In Jenna’s unhappiness I saw the life of someone I loved, pushing me to bury my face in tissues while the show’s big hit, “She Used to be Mine,” was sung.

“Waitress”is powerful not because of its large bombastic numbers or those Sara Bareilles tunes, but due to its inherent sincerity and the characters’ complexity. Add to it inspired direction, gorgeous design and some of the best musical-theater actors around—and you’ve got something special. (Not to mention Joanna’s naughty twinkle in her eye every time Jenna thinks up a new name for a new pie.)

The diner is now officially open! Order up and see the amazing things this show has baked up for you.

“Waitress” runs at RCBC Theater until Dec. 2. Tickets are available at Ticketworld at 891-9999 or visit www.ticketworld.com.ph.