‘Asuncion’ and the eroticization of the Filipina 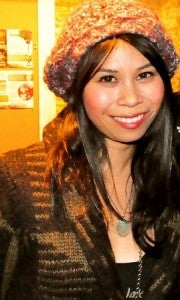 NEW YORK—What happens when a Filipino woman is surreptitiously mistaken for a trafficked mail-order bride?

The result is the riotous comedy “Asuncion” delicately written by Jesse Eisenberg (“The Social Network”), ably directed by Kip Fagan, and superbly acted by Camille Mana.

The play is, simply put, a case of mistaken identity. Asuncion (Mana) is married to Stuart (Remy Auberjonois), who is the brother of Edgar (Eisenberg). Edgar suspects his sister-in-law is a sex slave from the Philippines and confides all his extremist racial prejudices in roommate Vinny (Justin Bartha of “Hangover”). Turns out the woman comes from a wealthy family in the Philippines and is visiting the U.S. on business.

The New York Times describes “Asuncion” as “tackling the mysteries of male friendship.”

It’s a well written play with Tagalog words spoken every now and then. The character Asuncion, the accidental roommate, is funny and endearing. Mana’s heavily accented English helped shape her fresh-off-the-boat character. Edgar’s role is bold, somewhat nerdy, that also suggests a certain naivete toward women of color. Philippine folk music played in the background during intermission.

Eisenberg succeeded in creating a rollicking storyline. Because there’s laughter in almost every conversation involving him, Mana, Auberjonois and Bartha, I forgot about this woman with an annoying beehive hairdo seated in front of me.

The play is gaining popularity, and the critics who gave “Asuncion” rave reviews helped extend the showing at Cherry Lane Theater through December 18. Eisenberg revealed to The FilAm that “Asuncion” is coming to the Philippines next year.

“I’m excited about it,” he said, explaining the cast is not necessarily the original actors in the ongoing off-Broadway production.

Mana said the hardest part of doing the play was making it refreshing each time. “It’s our 40th night tonight (interview conducted November 19),” she said. “But we rehearse over a hundred times.”

She described Eisenberg as someone “smart and talented, and he’s welcomed me with open arms.”

Mana got the part through a demo video submitted to Eisenberg and Fagan. She had the role long before “The Social Network” came out.