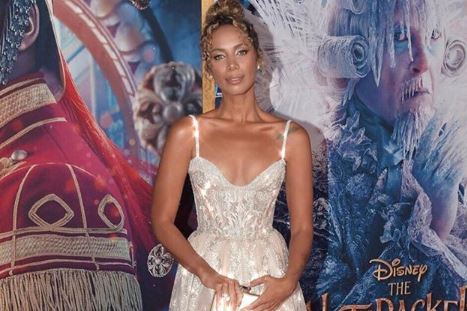 Many notable figures around the world have donned creations of Dubai-based Filipino designer Michael Cinco, from superstars Mariah Carey and Britney Spears, to Jennifer Lopez and mother monster Lady Gaga, among others. This time, British singer-songwriter and actress Leona Lewis  joins the roster as she wore a couture Cinco gown to the Hollywood premiere of “The Nutcracker and the Four Realms” last Oct. 29.

Cinco took to Instagram last Nov. 1 where he shared pictures of Lewis looking effortlessly sweet and stunning in the magnificent gown.

Cinco shared in another post that the gown Lewis wore was a custom-made delicate lace in soft tulle from his Spring-Summer 2018 collection.

Lewis, too, posted pictures of her wearing the Cinco gown on her Instagram page last Oct. 31.

Lewis was a glowing vision on the red carpet as she paired the gown with understated silver jewelry and a white clutch with silver accents, letting the gown’s fine details do all the talking.

She also wore light, natural makeup and had her curly tresses in a high bun to show off her décolletage. JB

Global virus death toll passes 94,000, but some signs of hope