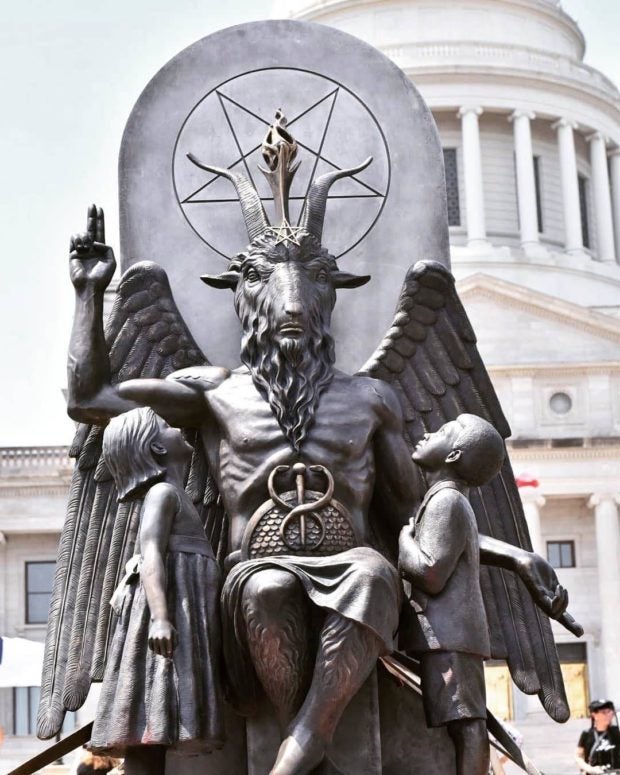 The Satanic Temple, a religious and political group based in Salem, Massachusetts, United States, will take legal action against Netflix show “The Chilling Adventures of Sabrina” for allegedly copying the group’s Baphomet statue design.

The Satanic Temple’s co-founder and spokesperson Lucien Greaves took to Twitter on Sunday, Oct. 28 to announce the Satanic group’s action to address the alleged copyright infringement by the media-services provider.

Yes, we are taking legal action regarding #TheChillingAdventuresofSabrina appropriating our copyrighted monument design to promote their asinine Satanic Panic fiction.

In the series, Sabrina Spellman (Kiernan Shipka) studies at the Academy of Unseen Arts, a witchcraft school where a statue similar to that of The Satanic Temple’s Baphomet monument resides. Spellman’s adversary also resembles the monument and is called the “Dark Lord.”

For purposes of comparison, Greaves also shared photos of the group’s Baphomet statue and the supposedly copied version found in the “Sabrina the Teenage Witch” reboot last Tuesday, Oct. 30. The Satanic Temple’s monument and the statue seen several times in the show both feature a half-human, half-goat deity with large wings in its back and a boy and girl on each side.

For purposes of comparison… pic.twitter.com/AZJvmq1Cks

In a blog post, Lucien clarified that The Satanic Temple is not claiming the ownership of the Satanic deity, rather, only that of the group’s original interpretation of Baphomet.

“We are claiming copyright infringement for their use of our unique Baphomet monument design in their show as a central icon for a cannibalistic cult,” he wrote. “We are not laying claim to Baphomet itself, but rather our original interpretation of Baphomet that has become a central icon to our organization, much like a corporate logo.”

Lucien confirmed to SFGate yesterday, Oct. 31 that the group has sent a letter to Netflix regarding the issue. Netflix has yet to comment or publish a statement on the matter, as of this writing. JB

Spellbound: Creating the magical world of Sabrina the Teenage Witch