Nicholas Hoult talks about going from a ‘Boy’ to a dad 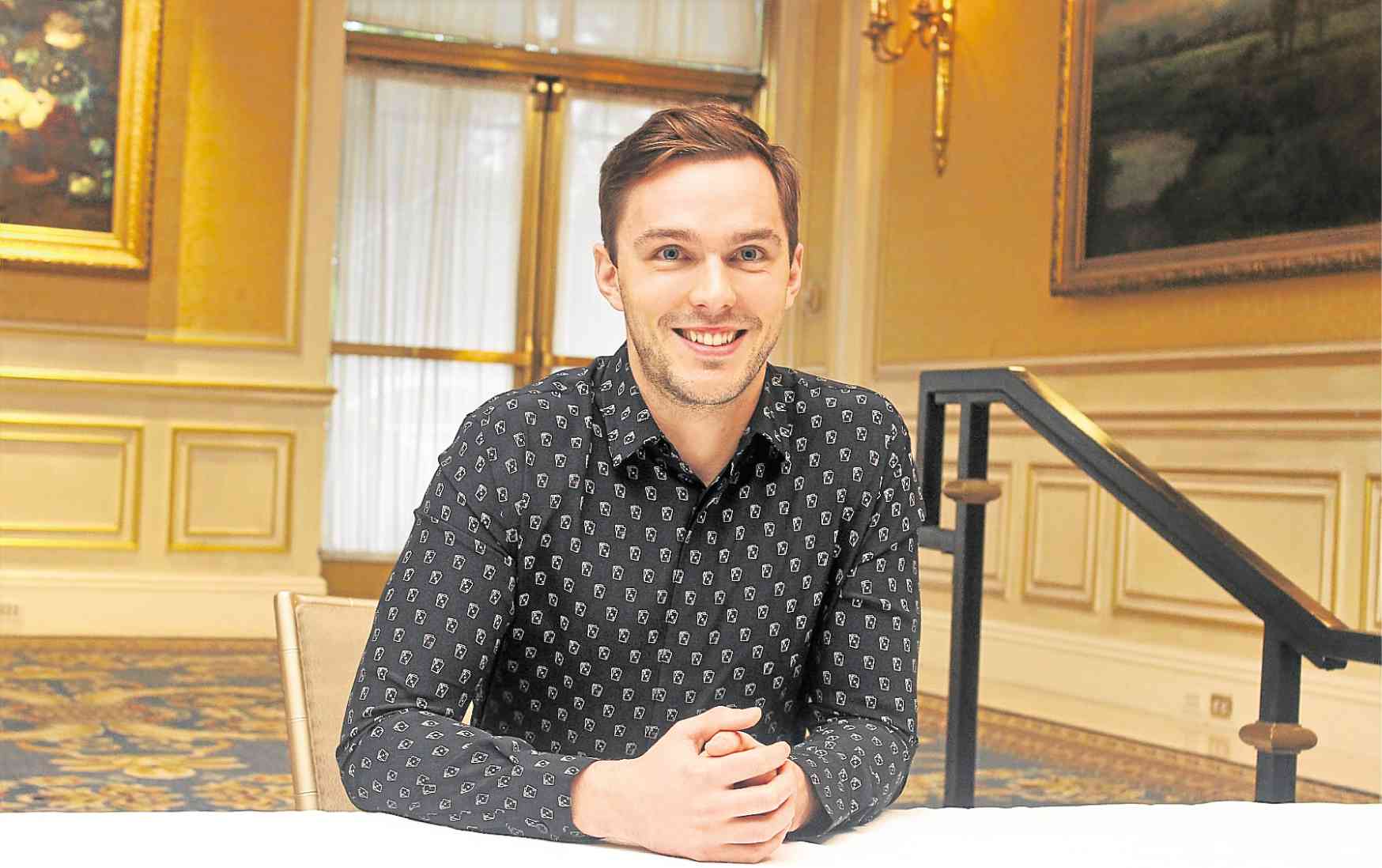 LOS ANGELES—It’s almost hard to believe that Nicholas Hoult, who made a splash at the age of 11 in “About a Boy,” is now 28 and the father of a boy. “I’m loving it,” the English actor said about fatherhood in our recent interview at the JW Marriott Essex House in Manhattan.

“It’s a bizarre transition,” admitted Nicholas, looking fit in dark Yves Saint Laurent shirt and pants. The boy became a dad in April 2018 when his girlfriend, model Bryana Jolly, gave birth to their son. “Your time becomes much more precious. Also, there’s more of a standpoint because you see this little person growing so quickly. So what would’ve been an easy decision to jump on a movie for six months suddenly becomes, oh, that’s a long time.

“You have different priorities, but it’s everything that everyone says it is, the lack of sleep and those elements, but also the positives are huge.  I feel more energized and creative than I’ve felt for a long time through it. I am just loving hanging out, yeah.”

Nicholas, who played a schoolboy named Marcus while Rachel Weisz portrayed, well, Rachel, a woman his mentor, Will (Hugh Grant), is dating in “About a Boy,” are now adult costars in “The Favourite.” In director Yorgos Lanthimos’ drama, as the love and power triangle between Queen Anne (Olivia Colman), servant Abigail (Emma Stone) and adviser Sarah (Rachel) plays in and out of boudoirs, Nicholas—rococo in wigs and heels—prances around as Robert, the statesman.

The actor described what it was like to work with Rachel almost 20 years later. “It was lovely to see Rachel again. And have more of an understanding of the craft and be able to develop these scenes together. In that movie (‘About a Boy’), it was just a different dynamic, obviously, because of my age. But in this movie, we’re butting heads a lot. It’s a lot of fun to play those scenes with her.”

Asked if he has met a member of the royal family of the current generation, Nicholas replied, “I’ve met Prince William. I’d like to meet Prince Harry at some point. Yeah, and Meghan, too. I am not a royalist as such, but I like what the royal family represents and the good it does for the British economy.”

Nicholas added about Prince William: “He was charming, fun and very down-to-earth. I can’t imagine what it would be like to be raised as a potential future king, but he seemed very level-headed. It was good to meet him.” 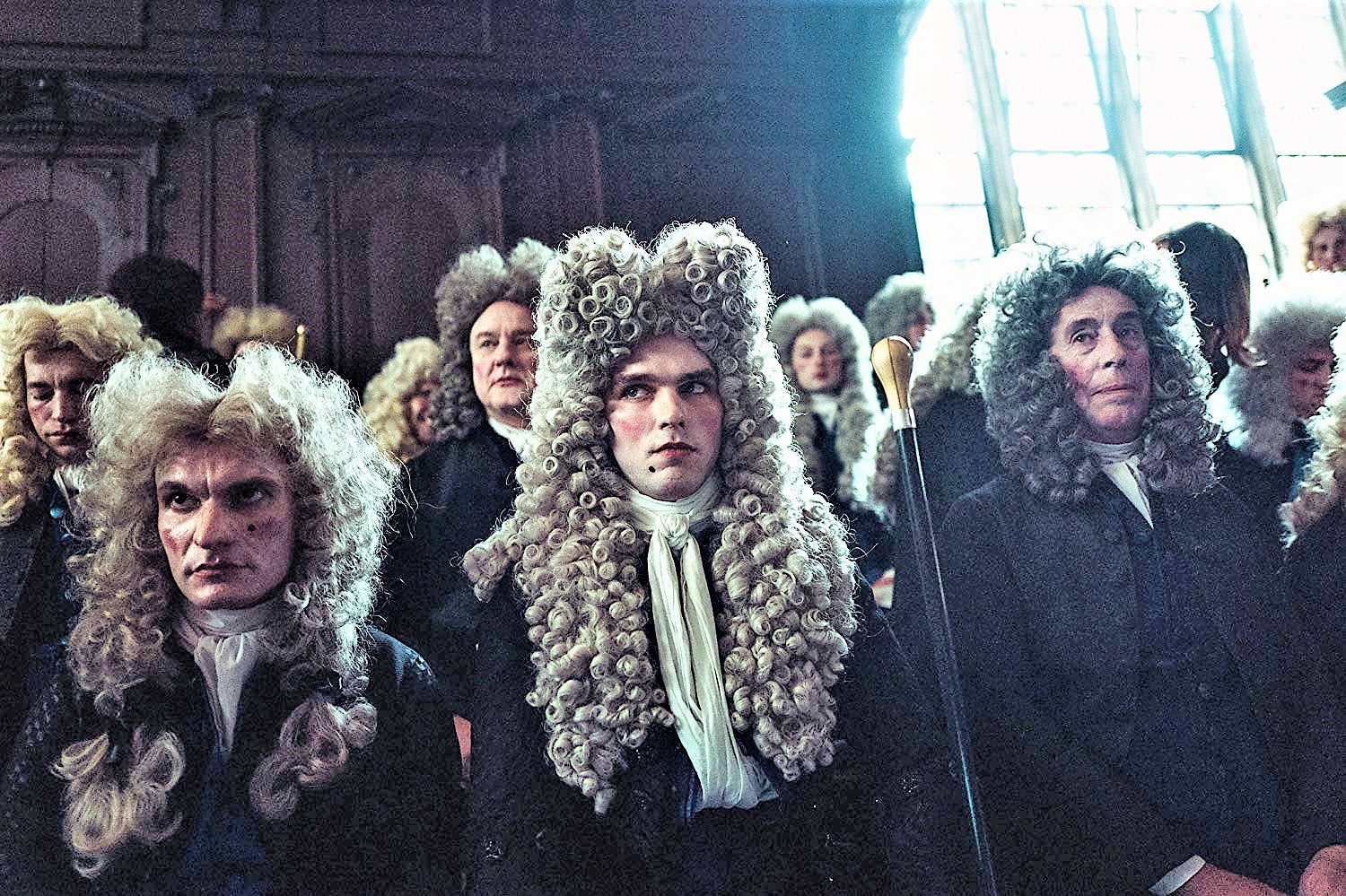 The man who was discovered by a theater director when he was only 3 years old claimed that he could still go out and enjoy anonymity, despite his roles as Nux in “Mad Max: Fury Road” and Hank McCoy/Beast in the “X-Men” series. “Most of the time, I’m pretty lucky. I don’t get recognized, and that’s a wonderful thing. That’s the biggest compliment I can ever receive as an actor so thank you because that’s the aim. If people can’t recognize you, then you’re doing your job right.”

Speaking of “Mad Max: Fury Road,” we asked Nicholas for an update on director George Miller’s reported sequel, “Mad Max: The Wasteland.” He answered, “No update from my perspective. But I just read that George is working on something else (‘Three Thousand Years of Longing’) at the moment. It took him so long to get that movie (‘Fury Road’) up and running.

“What I love about his career is that he goes from ‘Mad Max’ to ‘Happy Feet,’ ‘Babe,’ ‘Lorenzo’s Oil’ and all these movies that are so varied. Suddenly, he comes back and creates something completely fresh and different, so I’m excited to see what he does next.”

On another franchise, the “X-Men” movie series, Nicholas reported, “It’s progressing. This most recent one, ‘Dark Phoenix,’ is Simon Kinberg’s directorial debut. He wrote and directed. The wonderful thing about that is Simon believes in what I can do as an actor. So, he has given me a nice character. I always go back to this arc and these transitions, and transforming as much as possible overall within the storyline.

“Simon gave me a great opportunity with that one. That’s also special because the actors I grew up looking up to, whether it’s Hugh Jackman, Mike Fassbender and James McAvoy, have become my friends. I think I was 20 years old in the first movie I did with them.”

He shared a few details about “Dark Phoenix,” which features a huge cast, including Jennifer Lawrence (as Raven/Mystique), whom he dated for five years. “This one obviously focuses on Jean (Grey, played by Sophie Turner) and Dark Phoenix.

“The special thing about the ‘X-Men’ series compared to most superhero movies is the mutant kind of human divide and what that means. What it represents in terms of real life and the comparisons it is making are completely different to superhero movies. That’s where the ‘X-Men’ hit a sweet spot in terms of the commentary it’s making. So that’s what I’m excited about with that movie.”

“So, I was a huge fan of that world and everything Tolkien created. When Fox Searchlight came with the idea of playing him, I was intrigued at first. It was remarkable to read about his life. He’s quite an enigma.  He’s quite a quiet man who kept to himself. So, to learn about his childhood and what enabled him to create those worlds and, basically, it’s his love of language.

“He would create these languages, then realize that he needed a history and people to speak these languages. So then, he would create a world and the characters around that. To learn about him and read more of his work was a treat, so then it was a lot about finding out and studying what else happened in his life—the love of his life (Edith Bratt), played by Lily Collins, and also the friendships he forged, which were the basis of the fellowship that he wrote about. And also his time during World War I—horrendous similarities between a lot of those moments that he experienced during the war.”

TAGS: About a Boy, Nicholas Hoult