Steve Aoki and BTS drop third collaboration ‘Waste It On Me’

Grammy-nominated producer and DJ Steve Aoki and K-pop sensation BTS released their third collaboration “Waste It On Me” on Thursday, Octoer 25.

The track that serves as BTS’ first English song will be included in Aoki’s upcoming album “Neon Future III” set to drop on November 9.

Waste It On Me follows their team-up songs “MIC Drop” remix with Desiigner and “The Truth Untold” from BTS’ album “Love Yourself: Tear.” 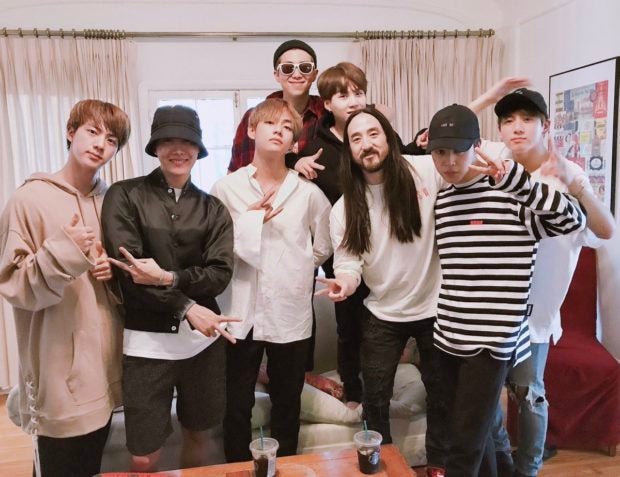 The song hit 1 million streams on Spotify in just a span of four hours from its release and Aoki celebrated this achievement via Twitter.

It also immediately climbed up the US iTunes main chart and multiple other iTunes Top Songs charts worldwide, including the Philippines, Hong Kong, Singapore, Vietnam, Brazil, and Chile, among others.

One day prior to the announcement of this collaboration, BTS’ lead RM dropped his playlist titled “Mono.” He released a music video for song “Forever Rain” and lyric videos for songs “Seoul” and “Moonchild.”

BTS just concluded the North American and European leg of their “Love Yourself Tour.” The group is set to bring their shows in Japan this November.

The worldwide boy group’s cinematic debut “Burn the Stage: The Movie” is set to hit cinemas worldwide on November 15, 2018. /kga