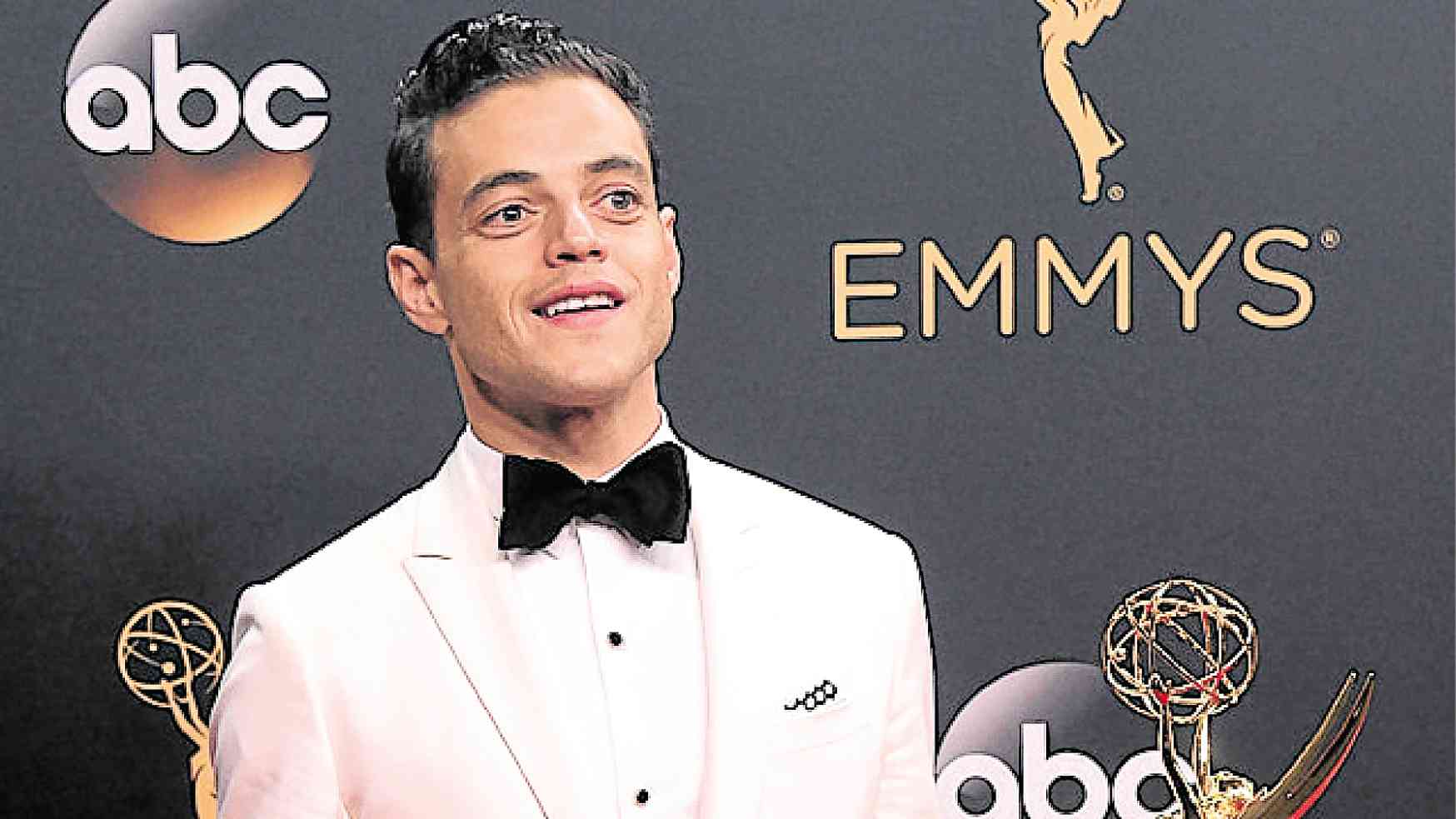 Rami Malek was wearing a costume the first time he met Freddie Mercury’s younger sister Kashmira on the set of “Bohemian Rhapsody.”

For Kashmira, the meeting with the 37-year-old Emmy-winning actor (“Mr. Robot”), who portrays her brother in the musical biopic, began with bemused laughter but quickly turned into a cathartic emotional moment. Upon seeing Rami, all she could mutter was, “That’s my Freddie …”

“She told me some personal things about Freddie, many of them too precious [for public consumption],” Rami said of his meeting with Kashmira during our recent one-on-one chat with the actor. “She did say how much of a perfectionist he was. She told me to just have a good time.”

The film, which begins its theatrical run in the Philippines on Oct. 31, chronicles the rise of the rock band Queen to pop-music stardom and the eventual demise of its iconic lead vocalist, who succumbed to an AIDS-related illness in 1991 at age 45.

Like Kashmira, we were just as blown away by Rami’s spot-on transformation as Freddie Mercury when we went to a private screening of “Bohemian Rhapsody,” arranged by Mae Romero Vecina of 2oth Century Fox, some weeks ago. 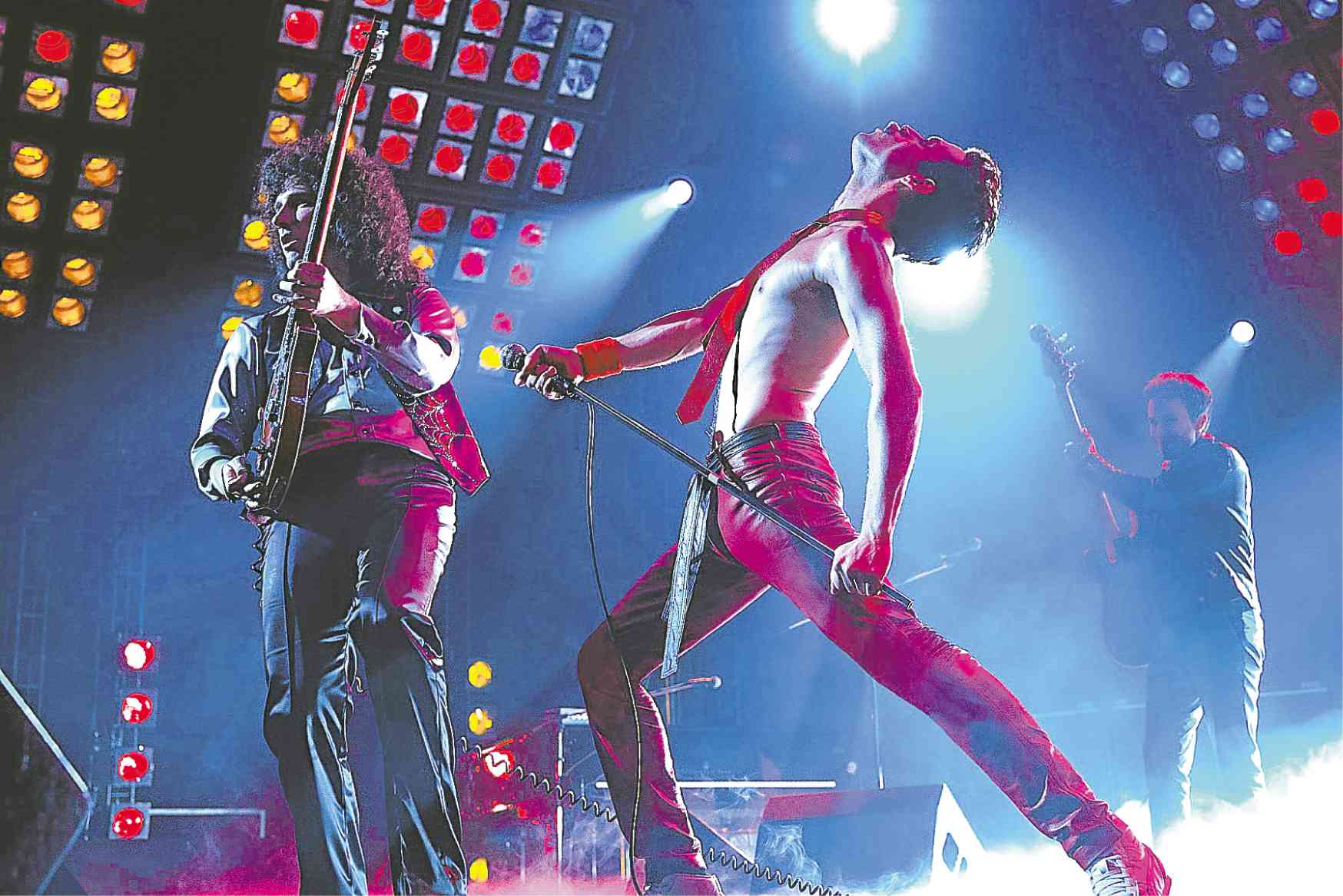 Freddie’s prodigious voice is the four-octave instrument that has turned the likes of “Crazy Little Thing Called Love” (the quartet’s first No. 1 on the Billboard Hot 100), “Another One Bites the Dust,” “We Will Rock You,” “Killer Queen,” “Don’t Stop Me Now,” “Somebody to Love,” “Under Pressure” and the six-minute fusion “Bohemian Rhapsody” into pop-rock classics.

In “Bohemian Rhapsody,” Rami delivers a stunning “vanishing act” that deserves nothing less than an Oscar nod—a general observation that the actor sheepishly dismissed during our interview with him.

“The biggest accomplishment I could ask for is getting to honor Freddie’s story,” he enthused. “And how much he was able to bask in the acceptance of his bandmates, despite their differences.

“I want people to see the film because, as much as countries like the Philippines know Queen and its music by heart, there’s a new generation of music lovers who doesn’t know Queen’s songs, which I find absolutely crazy.

“Introducing them to [a fresh set of ears] is something I’m proud of. And speaking directly about [the Oscar buzz] you mentioned,

I just never thought I’d be able to get a chance to sit here and talk to you about Queen and the rise of the man who would become a music icon.” 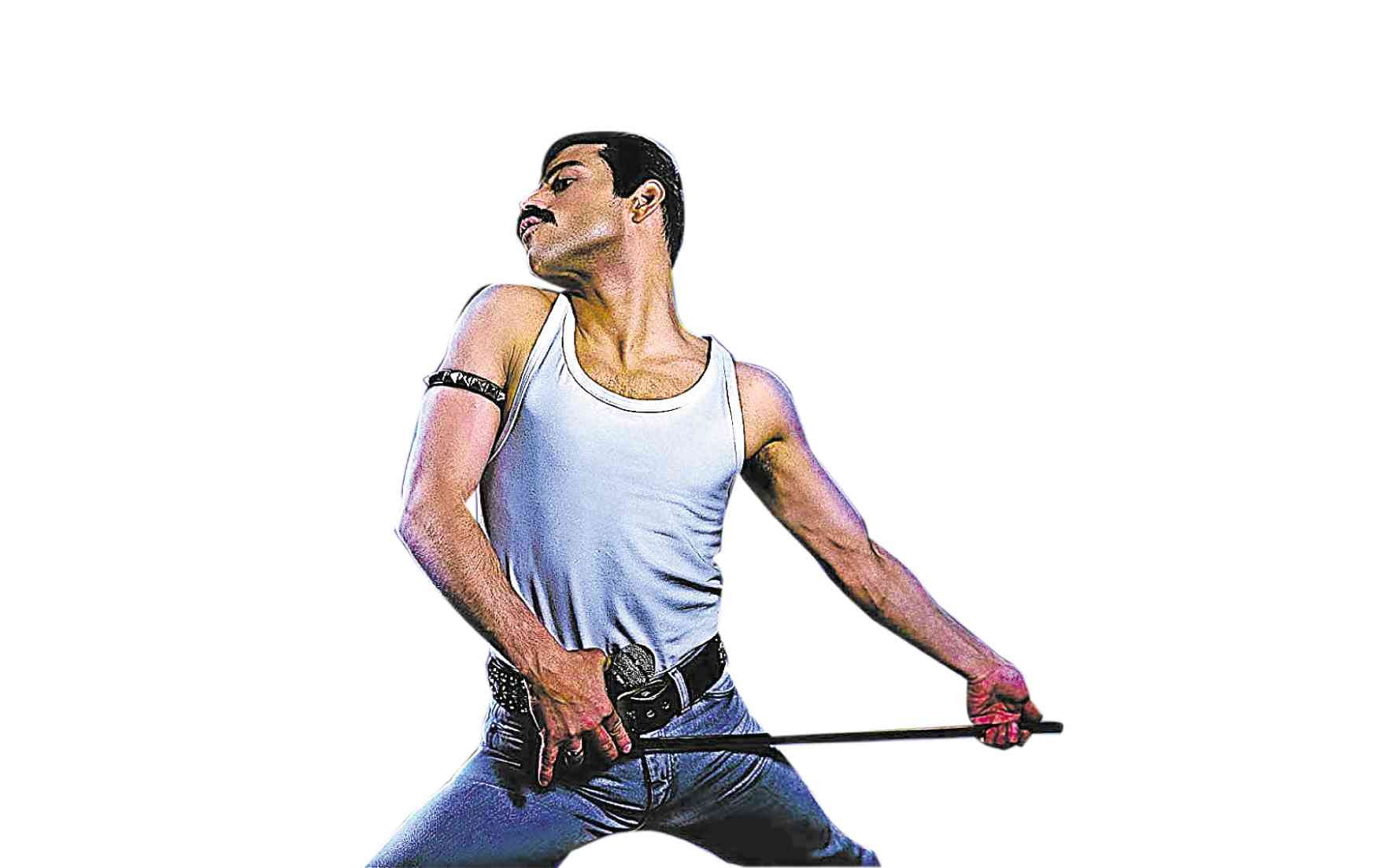 While Rami, along with Christian rock artist Marc Martel, did some of the actual singing, much of the scenes showing Freddie Mercury performing utilized the singer’s actual voice.

In terms of his acclaimed portrayal, one thing that works in Rami’s favor is the fact that, despite all his hard work, the actor is well aware that there are compliments that can be appreciated even as they’re taken with a grain of salt—like the ego-boosting adulation of newfound fans.

Consider: When we told Rami that the one-two thespic punch he delivered in “Bohemian Rhapsody” and the recently released “Papillion” has turned us into a Rami Malek fan, he reacted in jest, “Oh, good—welcome to the club! I knew that these movies could build my fanbase (laughs)! Just kidding.”

Our Q&A with Rami:

What was the most difficult thing about transmogrifying into Freddie Mercury?  It’s like being told you’re going to play Superman, except you don’t have a green screen—and you’re going to do the flying on your own!

You begin to say, ‘Wait, I won’t be able to do that, but I do know Clark Kent. So, I had to look at Freddie as someone other than a rock god and bring him down to earth in order for me to approach him the way I would any other character. I had to find his weakness and mine the conflict resulting from it.

I look at someone who comes from humble beginnings, an immigrant who finds himself in a foreign land—and that’s hard enough on its own. Then, there’s the reality that he’s also trying to identify himself sexually.

That’s why it was very valuable for me to examine his early songs and their lyrics because I thought they were “versions” of him that were coming straight from the heart. I treated them almost as a diary.

Do you have a favorite Queen song? If you were asked to sing just one, what would it be? There are so many! It’s like choosing a favorite child. I don’t have kids, but I imagine that’s what it would be like.

But I can tell you that performing “Another One Bites the Dust” was a lot of fun—it was a special moment, indeed.

I like the lyrics; it’s like breaking stereotypes and creating a mix of genres that defies conventions—and that’s what music is supposed to be.

You can look at “Bohemian Rhapsody” and “Another One Bites the Dust,” and you’ll be shocked that they’re songs recorded by Queen.

Brian May and Roger Taylor acted as consultants during the shoot. Did they tell you things you didn’t know about Freddie? You said earlier that I humanized Freddie … Well, Brian and Roger humanized him for me when they talked about how kind, gentle, focused and driven he was, and how much of a diplomat he was, especially when the band had arguments.

Freddie had a lot of insecurities that turned out to be what made him unique as a person and as a performer. In your case, what were the difficulties that you were able to overturn when you played him? I went through so many obstacles along the way, and I just took each of them day by day.

If I only had a month to prepare, I wouldn’t have done it. Fortunately, I was given enough time to reverse the idea in my mind that this was such a horrible endeavor. You just try to empathize with what your character is going through—and that’s it.

Having said that, I’m thankful I was able to go through all of that, because now I can share this story with you and the Philippines.

I know you guys are such massive fans of Freddie Mercury and Queen.