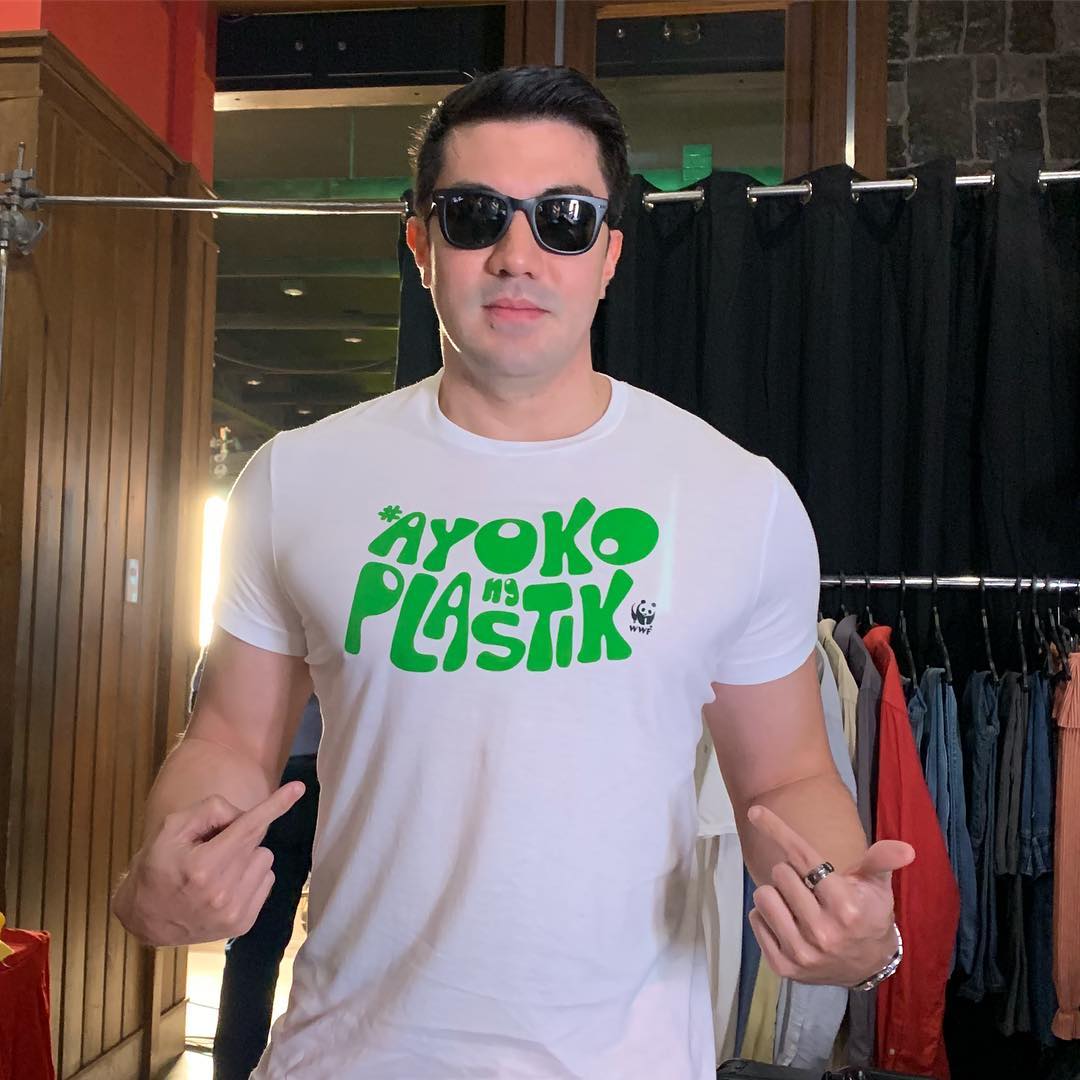 Luis Manzano could only shake his head as he asked why people on the internet have become so gullible.

The actor tweeted on Oct 16 about a fake Twitter account “@vilmaSRecto” which had been posing as his mother Vilma Santos. Manzano wondered why there were still people who thought it was the real deal.

(Why can’t you see or realize that it’s a poser account?)

Manzano then reminded followers to report the “@vilmaSRecto” for bullying, harassment and as a fake account. 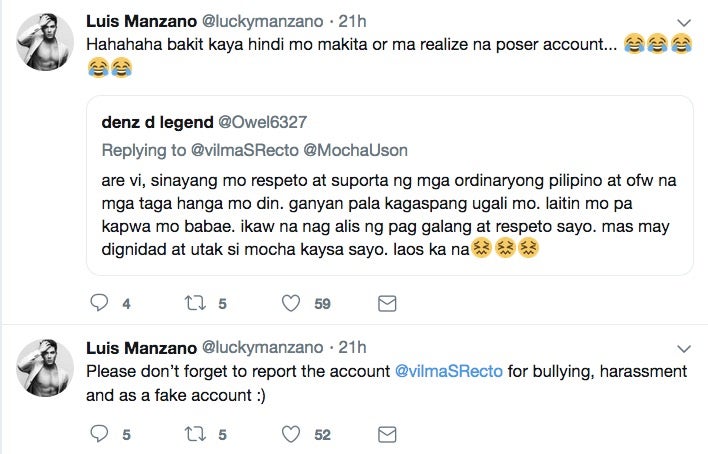 Apart from her Facebook and Instagram accounts, the Star for All Seasons does not appear to have any other social media accounts. It may be because of this that the “@vilmaSRecto” tend to be the top result when googling Santos’ Twitter account.

On another note, mother and son had a funny exchange on Instagram last Sept. 25 regarding whether the actor was really the son of the late King of Pop, Michael Jackson. The question of Manzano’s lineage came about when his mother shared an old photo of herself posing with a black man wearing a red hat.  /ra

Aga Muhlach will only do soap opera with Bea Alonzo