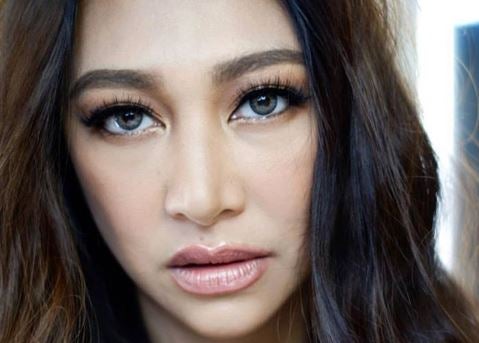 Times can be hard, but comedian Rufa Mae Quinto sure knows how to bring on the laughs and give her fans their much-needed reprieve. The effortless Quinto regaled her viewers once again when she recently sang Frozen’s “Let It Go,” a spectacle that had many bowled over in laughter.

The iconic song has seen numerous covers and renditions in the past the world over, but Quinto’s version had its own charm as she incorporated her signature “Go, go, go!” into the song.

Her rendition of “Let It Go” was shared on Twitter last Oct. 9 by a certain Gabé (@gavwiel). In the video, Quinto can be seen wearing a plunging black dress with a thigh-high slit, thanking her audience and expressing her love for them before beginning her song.

Quinto, in her familiar twang and accent, started off carrying her wacky posturing and comical gestures up until she reached the chorus.

Try as she might, however, Quinto failed to reach one of the high notes of the song. As she struggled, she told the audience that it was because she felt shy.

The video of Quinto’s “Let It Go” version has garnered over 28,000 favorites and 7,000 retweets since posting, with many netizens expressing their amusement over the sight.

Quinto’s antics made one netizen’s day.

Meanwhile, another has been seriously afflicted with Last Song Syndrome, all thanks to Quinto’s doing.

When it comes to spreading joy and laughter, it seems Quinto has already mastered the craft down to a tee. And the laughter doesn’t end here, either, as Quinto has something bigger up her sleeve for her loyal fans to look forward to.

In “Bagyong Bheverlynn,” a film directed by Charliebebs “Bebs” Gohetia, the comical Quinto sees herself as the  newly single heartbroken Bheverlynn, whose pain and sadness conjure a mighty typhoon that puts the entire country in danger.

As per Gohetia this October, it is Quinto’s time to be reintroduced to the millennial generation beyond merely being the subject of viral videos and memes.

“Bagyong Bheverlynn” is one of the entries in this year’s Cinema One Originals Film Festival, which will run from Oct. 12 to 21—time ample enough for Quinto’s fans to go, go, go and catch the film.  /ra