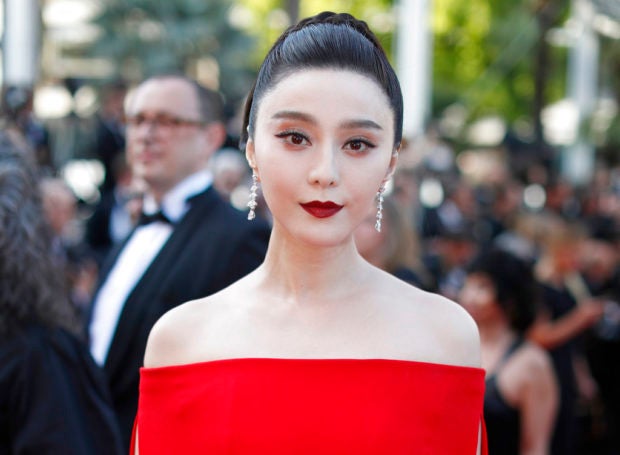 In this May 24, 2017, file photo, Fan Bingbing poses for photographers as she arrives for the screening of the film The Beguiled at the 70th international film festival, Cannes, southern France. Chinese actress Fan has disappeared from social media amid rumors she is the target of a tax evasion investigation and that she, her brother and boyfriend have been barred from leaving China. Image: Thibault Camus / AP

At least five people have been disciplined, including the head of the taxation bureau in the eastern city of Wuxi, where Fan’s company is based, the official Xinhua news agency reported.

The State Administration of Taxation has instructed the provincial tax bureau in Jiangsu to “hold accountable” those involved in Fan’s case for poor management, Xinhua said, before going on to list a number of individuals who have been issued with official and verbal warnings about their shortcomings.

But the statement offered little detail about what led to the punishment.

Last week, tax authorities ordered Fan to pay 883 million yuan ($129 million) in back taxes, fines and penalties, adding that she would avoid incarceration if she pays up in time.

The 36-year-old actress, model and producer had been a ubiquitous household name in China for years and tasted Hollywood success with a role in the 2014 blockbuster “X-Men: Days of Future Past.”

A prolific social media user, she disappeared from the public eye in May after allegations emerged that she evaded taxes on a lucrative movie shoot, charges her studio called slanders.

Her sudden absence from screens and advertisements across the country spurred rumors that she had been snatched by officials at a time when Beijing is cracking down on what it views as excesses in the film and television industry.

A number of well-known Chinese figures have gone missing in recent years, only to resurface weeks or months later in a courtroom accused of corruption.

The highest profile figure to face such a fate is former Interpol president Meng Hongwei, who was on Monday accused of taking bribes. /kga