Vic on his connection with Maine: We’re both quiet and shy 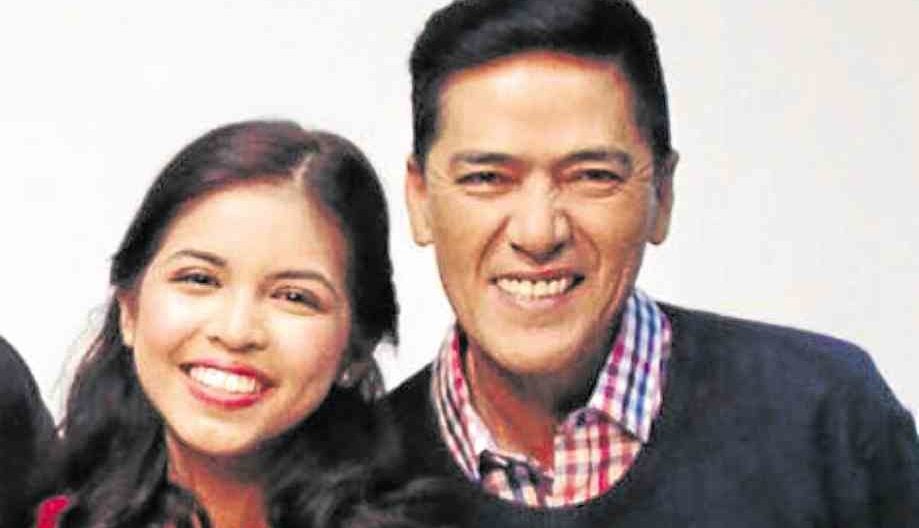 Having worked with Maine Mendoza for three years now, Vic Sotto can finally say that the young star is starting to have a better feel of show biz—something he felt she lacked when she was starting out.

“Back then, she gave me the impression that she just woke up, and she was there. She didn’t seem like she was into it … like she was only going with the flow,” he told reporters in a recent interview.

And at some point, Vic did feel that Maine was getting “burned out.” “It was like she was overwhelmed by the massive stardom she suddenly had. But that’s just my personal observation,” he said of his fellow “Eat Bulaga!” host.

As time passed, Vic said he started to see progress in Maine’s outlook toward work —may it be in the movies or on television and social media.

“The key word is enjoyment,” he pointed out. “Now, Maine does things not just because she’s asked to do them, but because she loves what she does.”

Aside from “Eat Bulaga!,” Vic and Maine have worked together in such movies as “My Bebe Love” and “Meant to Beh.” This year, they will headline the coming sitcom “Daddy’s Gurl” and the Metro Manila Film Festival (MMFF) entry, “Jack Em Popoy: Puliscredibles.” And in all these projects, the two played father and daughter roles.

To a certain degree, Vic does feel like a father of sorts to the 23-year-old phenomenon in real life. “I remember that during our first MMFF parade, for ‘My Bebe Love,’ we were beside each other on the float. And all of a sudden, she told me, ‘Bagay talaga tayong mag-tatay!’ I agreed,” he recalled.

Vic also feels that much of his and Maine’s connection comes from the fact they’re both naturally introverted people.

“She’s quiet and shy. It takes time for her to get comfortable with people. In that regard, she’s like me,” he related. “I usually get mistaken for being a snob. People would tell me, ‘Buti pa sa TV, kumakaway ka.’ I’m just quiet—I just listen to Tito (Sotto) and Joey (de Leon). Because who’s going to do it if I were as talkative. Taga-tawa ako.”

While Maine still has room for improvement as a performer, Vic noted that the young celebrity has already come a long way from her Dubsmash days.

“She has very good timing. If you watch her banter [with the other hosts] in ‘Bulaga,’ you will see snippets of how she delivers punchlines. It’s not like she just reads script,” he said. “And she has charisma.”

And so, Vic didn’t think twice about getting Maine for “Daddy’s Gurl.” “I feel that she deserves to be given a role in a sitcom. She has done cutesy roles in movies, but never full-blown comedy. I know that she will deliver,” he said.