Alcazaren said their decision to change the movie’s title is “a sign of respect to the community.”

“We have decided to take responsibility,” Alcazaren said.

Alcazaren added that “although we understand why we chose this title, we also understand that it’s not for everyone.” 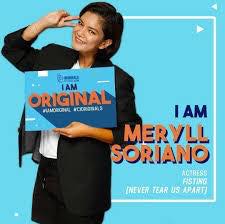 In its memorandum, the MTRCB cited Section 3, Chapter IV of Presidential Decree No. 1986 that states “trailers and publicity materials for movie and television programs must strictly be made suitable for a General Audience (‘G’) classification.”

“We assure the public that materials, which do not fall within the General Audience (‘G’) classification, shall not be approved for exhibition in a movie house, broadcast in television, publication in print media and exposure in other related media,” noted the memorandum signed by MTRCB chairperson Maria Rachel Arenas.

In a press conference on Tuesday, Cinema One festival director Ronald Arguelles also released a formal statement, saying that “we are performing steps to address the issue. Sensitive steps are taken to navigate this carefully. Thus, the change of title and collaterals.”

Arguelles said the festival would often encourage “fearless projects but not at the expense of our corporate social and moral responsibility. Cinema One Originals, under the ecosystem of ABS-CBN Films, is in the service of the Filipino people first and foremost.” /kga