Shakespeare on my mind 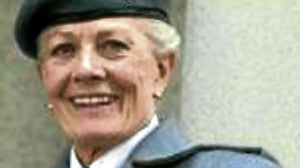 RALPH Fiennes has pulled off an unlikely feat—made a mod movie version of William Shakespeare’s “Coriolanus,” in which he not only plays the title role, but also directs.

“Coriolanus” is one of the Bard of Avon’s more obdurate and chunkier works—so, the first question to Fiennes could be: “Why take precious years to put this clangorous and contentious tome on the big screen?” His possible reply: “Because, like Mt. Everest, it’s there to scale—or be cut down to size by.”

Well, the good news is that actor-director Fiennes hasn’t been foiled and flummoxed by Shakespeare, who loves frustrating his interpreters by giving them (much) more than they can chew.

To make the turgid text more palatable, Fiennes sets the fictive political and military drama, not in Roman times like “Julius Caesar” or “Antony and Cleopatra,” but in some vaguely contemporary or even slightly futuristic time, so that some of its scenes are staged as if they were “breaking news” events on CNN.

The text remains the same, but the visuals have been radically punched-up to make the play’s drama and conflict not just more contemporary, but also more urgently relevant to how the world turns today, not in its author’s own lifetime.

This, after all, is the test of true literary and theatrical genius that its insights endure and can be applied to life in all of its shapes, forms and time frames. Fiennes is by no means the only interpreter to “dare” to deconstruct or “rearrange” Shakespeare.

In the ’60s, for instance, we were bowled over when we saw a production in the States of “A Midsummer Night’s Dream” in which the play’s faerie world had been transported and transduced—to a modern high school gymnasium full of young basketball players, cheerleaders, faculty members, janitors—etc.! —So, “Coriolanus” set in a vague approximation of the conflict in Bosnia-Herzegovina? Not that far-out.

While, at times, Fiennes’ new tribute to Shakespeare’s genius and unending relevance fails to soar to the level the acclaimed playwright has rigorously set, we thank the film for showcasing some luminously exceptional portrayals, led by Vanessa Redgrave’s memorable performance as Coriolanus’ seminally strong mother.

The urgent and occasionally stentorian role would have sucked the wind out of many other mature actresses, but it’s like mother’s milk to Redgrave—and oh, so right for her, since she’s known to have been quite the political firebrand at the peak of her convictions some decades ago.

More than that, she enunciates and insightfully elucidates Shakespeare’s celebrated lines so vividly that they spring forcefully to life and make us understand why the play’s title character is so obdurately his own person, and absolutely refuses to be cowed by what he perceives to be the mob rule of “democracy.”

After all, the way Redgrave depicts this mother of all mothers, she had nursed him as a babe on fictive mother’s milk that was laced with strong doses of courage, ambition and superhuman self-worth.

So, even after the populace had booted him out of office for refusing to kowtow to them, he forged alliances that enabled him to stage a fearsome comeback that threatened to bring his decided inferiors to their knees!