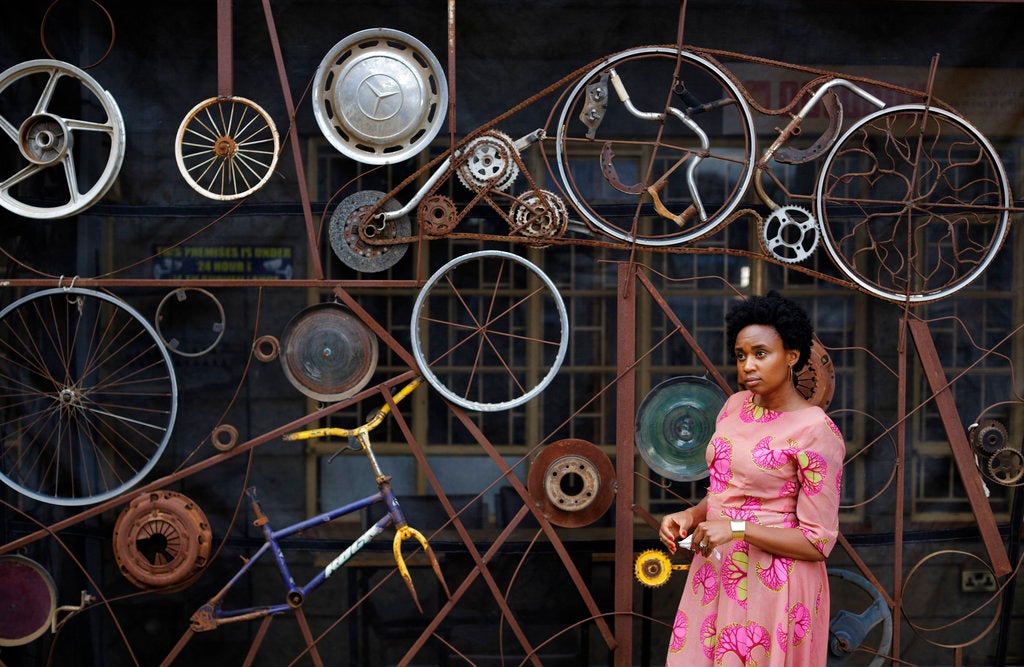 In this April 27, 2018, file photo, Wanuri Kahiu, the director of the film “Rafiki,” or “Friend” in Swahili, a love story featuring two women, stands by an art installation as she is interviewed by The Associated Press in Nairobi, Kenya.Image: AP Photo/Ben Curtis, File

NAIROBI, Kenya (AP) — The first Kenyan feature film to premiere at the Cannes Film Festival has received overwhelming audience support since a court temporarily lifted a ban imposed by censors over the film’s gay content, a lawyer said Friday.

“Rafiki” went from being screened once a day in one theater in Nairobi on Sept. 22 to three daily screenings at theaters in three of Kenya’s largest cities as of Friday, said Sofia Leteipan, who represents director Wanuri Kahiu.

The court ruled that the film, a love story featuring two women, could be viewed locally for one week to make it eligible for Oscar contention. The ban will resume after Sunday showings.

Ezekiel Mutua, the head of the Kenya Film Classification Board, has said that only “a small portion” of the country’s population has seen it.

“There is no market for homosexual movies in Kenya. Is there value for money in making a homosexual movie that will be watched by 300 out of 44 million people?” Mutua said in an interview on Citizen Television earlier in the week.

It is illegal to have same-gender sex in Kenya. Gays and lesbians in many parts of Africa face severe harassment, physical threats and judicial punishment.

Kenya’s National Gay and Lesbian Human Rights Commission is currently in court arguing that sections of the penal code violate the constitution and deny basic rights by criminalizing consensual same-sex relations between adults.

Leteipan said that although “Rafiki” in the end wasn’t nominated for an Oscar, its screening across Kenya is a “huge win for the articulation of freedom of expression.”

She said that after the ban resumes, “we’ll still be in court pursuing the original petition to have the ban permanently lifted and strike out provisions of Films and Stage Plays Act which restrict freedom of expression and constrain creativity.”

After watching the film, gay activist Immah Reid called it a “well-structured conversation starter for sexuality in Kenya … how gender appears and the violence people who don’t conform to gender rules end up going through.”

Maureen Nyambura, a university student, said it is progress that “Rafiki” is being seen in a society that often doesn’t tolerate different sexualities.

“You don’t have to be a woman to fall in love with a man and vice versa. It’s time Kenya embraces sexual diversity,” she said. NVG

‘No room’ for gays in Kenya, says deputy president