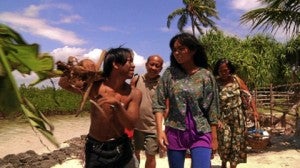 Three films, including Sari Dalena’s award-winning “Ka Oryang,” have been stricken off the lineup for the Cinema One Originals Festival in Cebu City, to comply with SM Cinema’s policy prohibiting the showing of “R-18” movies, said festival director Ronald Arguelles.

Films rated “R-18” by the Movie and Television Review and Classification Board (MTRCB) are those that contain nudity and/or violence and are strictly for persons 18 years and older.

Aside from “Ka Oryang,” which is about female political detainees during martial law, Sherad Anthony Sanchez’s “Imburnal” and Ivy Baldoza’s “Mga Anino sa Tanghaling Tapat” were crossed out of the festival’s Southern edition, to be held at Cinema 3 of SM City Cebu starting Satur.

“We understand SM regulations and will abide by them. We have enough good Visayan-language films to make this festival a success,” Arguelles, also Cinema One channel head, told reporters on Tuesday.

Arguelles said more than 100 entries have been submitted for the next Cinema One fest scheduled in November this year. The 10 finalists will be announced in April.

Unlike in previous Cinema One fests in which participating directors were each given a P1-million grant for production, Arguelles said three of the 10 full-length features—those with commercial potential—will receive P2 million.

The remaining seven films will get P1 million, he added. The filmmakers have also been promised a portion of revenues from their films in the fest.