Meet the Megamanager and mentor 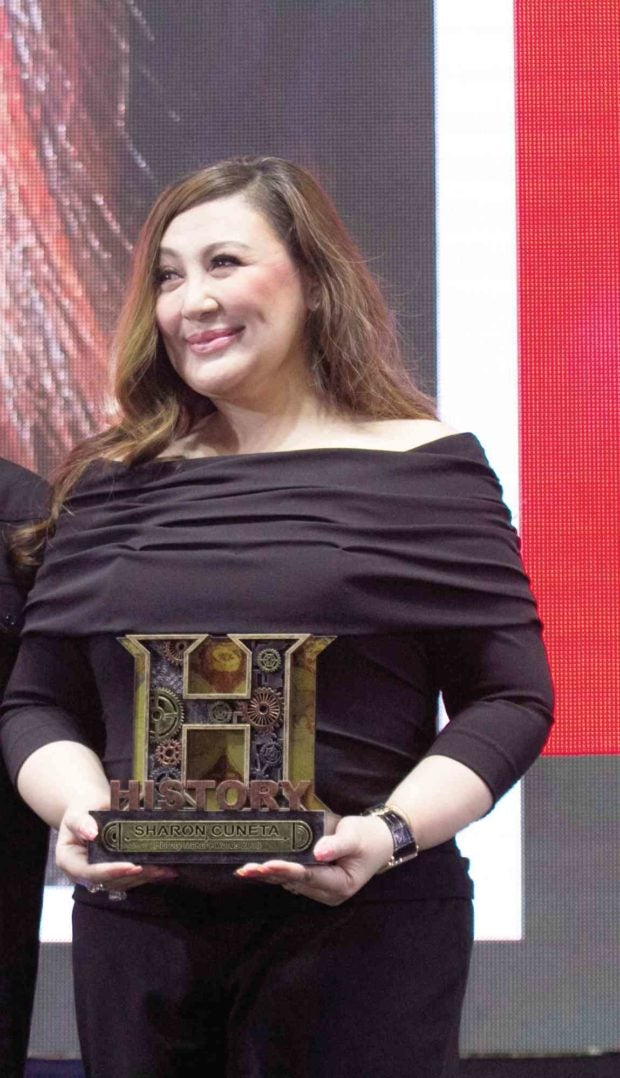 Where does Megastar Sharon Cuneta keep all her awards, movie posters and other show biz memorabilia—which, according to urban legend, can fill up a storage area the size of two basketball courts?

We asked the question because she had just added another trophy to her collection—a History Maker Award from the History Channel.

“Right now, the trophies are all over the place,” she quipped. “We are sorting through 40 years’ worth of memorabilia for the concert.”

She is, of course, referring to her big shindig, at Araneta Coliseum on Sept. 28, “My 40 Years, Sharon.”

In an exclusive interview, she shared with the Inquirer that some of her fans had been planning to put up “a little museum” to house all her trophies and trinkets culled from a storied four-decade, multi-media career.

“That would be nice because I want my grandchildren and their children’s children to know me,” she explained.

She hopes that they will learn from her journey, “not just as an artista, but as a person.” 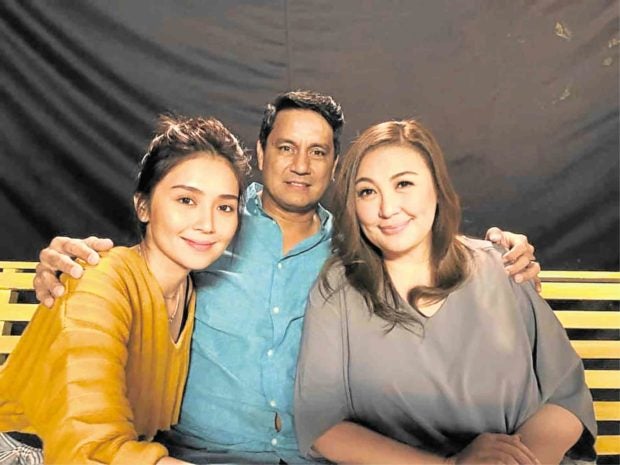 While other parents have home movies, Sharon, like other stars from her generation, has a treasure trove of films, several of which are box-office hits, she could pass on to her children.

“I have a 13-year-old daughter, Miel, who could watch how I acted and talked when I was 15 (in ‘Dear Heart’),” she pointed out. “And each movie can serve as a marker of an important event in my life: When I did ‘Bituing Walang Ningning,’ Ate Tina (firstborn KC Concepcion) was in my tummy. In the middle of filming ‘Madrasta,’ Mama and Dada got married.”

Her entire career can serve as a How-to Manual for her kids, should they decide to follow in her stellar footsteps.

Recently, she posted videos of Miel showing off rather unique skills. The girl not only sings like an angel, she can also rap and dance like no one’s business. Sharon noted that Miel knew all the songs in the musical “Hamilton” by heart.

Miel, however, will not be joining her mom and older sisters, KC and Frankie, in the family enterprise anytime soon.

“Only Frankie is joining show biz,” Mega related. “She has started recording na. But she has her own vibe … her own sound. She wants her own genre, and it isn’t really pop like mine.”

That’s why Frankie loves Workshy, the British band for whom the teener served as front-act performer in its recent Manila concert.

Should Miel and youngest Miguel express interest in the biz, Sharon vows that she will be no party-pooper.

“I encourage them … whatever their dreams are, to take their own paths, (sings) to follow their own road,” she remarked. “I don’t want to impose on my children. If they don’t want to become entertainers, I’d be happier. But if they want… then I’d be glad, too, because I can teach them so many things.”

She gets to play the role of mentor in the ABS-CBN shows “The Voice” and “Your Face Sounds Familiar,” but now, she will get to apply everything she has learned after four decades in the biz, to her latest undertaking as … talent manager!

“I am happy to announce that my team and I are about to start an entertainment and artist management and production company,” she asserted.

As if that’s not enough to keep her on her toes, she also wishes “to invest in good business ventures and produce more projects—in the movies, on the music scene, and online… for myself and other artists, as well.”

But of course, she has her own immediate endeavors…

Apart from the Big Dome concert, she has a new album (titled “Megastar”) under Star Music, and a new movie, under Star Cinema.

In November, she will return to the big screen via “Three Words to Forever,” her reunion movie with Richard Gomez, which also features Kathryn Bernardo as their daughter, under the direction of Cathy Garcia-Molina.

“I am very excited because I will be acting with someone from the new generation of actors who, I’ve heard, is not only talented, but kind-hearted, as well,” Sharon volunteered. “And syempre, I am also happy to work with my ever-dependable leading man. He’s one of those screen partners na I never say no to whenever we have a project together.”

All in all, she is grateful to be showered with all these blessings, at a time when most of her peers are mulling retirement. “I am just thrilled and thankful to be working again. I am not yet back in fighting form, but I am happy that I have lost enough weight to be able to be visible again and not be embarrassed.”